About the future of League of Legends: Wild Rift by Riot Games

Although League of Legends: Wild Rift is currently still in the testing period, it has received great attention from the gaming community. Recently, the manufacturer has confirmed quite important information related to this game as below:

41 generals have been completed for mobile platform

In any MOBA game, the thing that attracts the most people is still the generals and their skills. Riot has revealed the list of 41 starting generals in League of Legends: Wild Rift like Ahri, Alistar, Annie, Ashe, Blitzcrank, Braum, Camille, Cassiopeia, Darius… According to Riot’s information, the skill sets of these generals may change slightly but will not lose their typical features as on the PC version.

League of Legends: Wild Rift will be available on Android and IOS operating systems first!

Riot Games spokesperson conducted a quick Q&A with the player on their official website. Here, Riot has revealed very important information, which is the time of the launch of League of Legends: Wild Rift. “We have been doing test alpha and beta versions in certain countries. As planned, iOS and Android versions will be available in most regions by the end of 2020. With the console version, gamers will have to wait a bit longer, “a Riot spokesman announced. 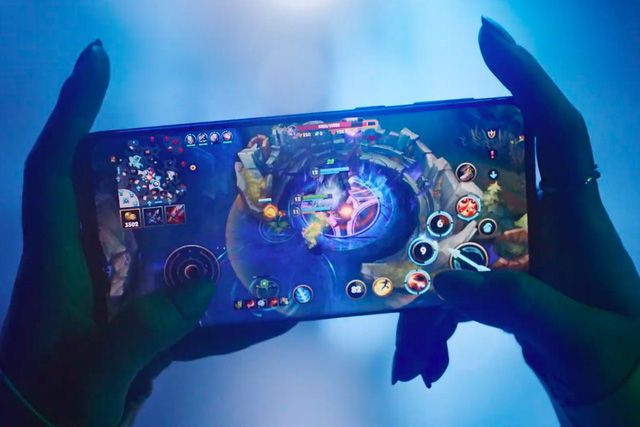 The control mechanism is somewhat similar to the games of the same genre on the market!

In terms of interface, the mini-map is located in the upper left corner, while the lower area is for the scroll keys (lower left corner) and skill keys (lower right corner). As you know, in Arena of Valor, the hero will only have 3 skills and 1 intrinsic. In League of Legends: Wild Rift, the generals will retain the same 4 skills as in the League of Legends version for PC, but the layout no change. The level of champions has also been reduced to 15. The shield has only 3 shield classes, making the speed of matches faster. Those are all contents shared by reputable testers after the practical experience. 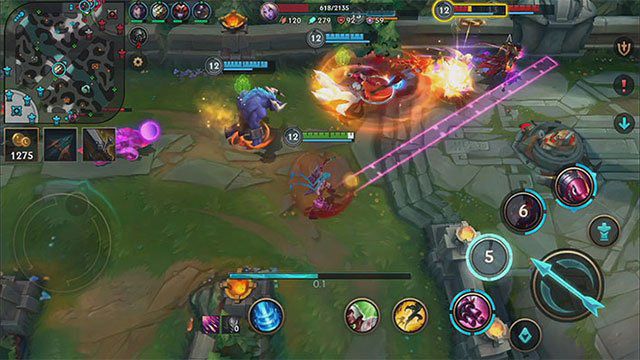 The elemental dragon system, jungle monsters, Rift Herald and Baron, were preserved. However, the two main pillars protecting the main house were gone, as well as the soldier’s disappearance. The maximum level changed from 18 to 15, as Riot Games wants to limit the game to about 20 minutes. Because the pace of matches on mobile is fast, additional skills like the quick run ​​are reduced to 150 seconds. While additional spells such as Punishment, Exhaustion or Shield are also greatly reduced. The Recombinant Jewel in LOL Mobile is simpler than LOL PC. Even, players can mix the main pearl branches with different pearl branches.

Also, Riot Games will also change the way to use the tactics of many generals to match the way LOL Mobile gameplay. Players can activate the effect of items besides the skills of champions. Of course, the number of active equipment will be more than Garena Mobile.