Games and applications on Android phones are invested more and more in both graphics and features. But playing a lot of games on the phone sometimes causes disadvantages such as eye strain, overheating… Fortunately, you can use Android OS emulation software to play games on PC. You can now experience the game on the big screen, can use the mouse, keyboard, and not harm mobile devices. In this article, MODGAMEAPK.NET would like to recommend you a list of 12 best and most popular Android emulator software today.

Note: Some new games and applications have not been updated on the Android emulator. So, you can download the APK file from some reputable websites and install them directly in the emulator.

Play Android games on PC by using TGB or GameLoop

At the top of the list must be TCB (Tencent game buddy) and has recently been renamed into Gameloop. If you always play PUBG Mobile, it is no stranger to TCB. This emulator was originally created to play Tencent mobile games on computers. Later, TGB was developed to be an Android game emulator on computers. The strongest point of TGB is that it is very light (only 10MB). It runs very smoothly, does not consume computer resources, and does not require high configuration like BlueStacks. The hottest mobile games today can be installed on this emulator, such as PUBG (both international and Vietnamese versions), Coalition, Free Fire … Because TGB only focuses on game emulation, it works quite well. In which, there are many popular games, you just need to install them from the main interface of TGB. With the games available, TGB also optimized buttons for gamers. You do not need to install anything else. Instead, you can play immediately with the keyboard, mouse. TGB is completely free to download and use without ads. 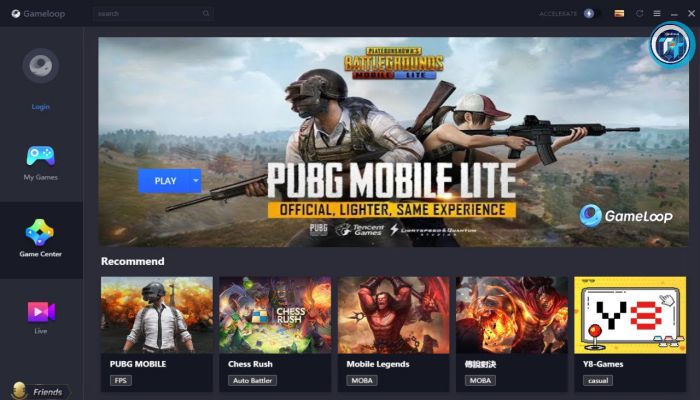 In addition, the disadvantage of TGB is that it doesn’t integrate Google Play. However, you can install “.apk” files into TGB very easily. The default interface of TGB is English. Also, you can simply change the language.

Bluestacks is the most famous game in the Android emulator genre, not only on Windows but also on the Macbook. This app is fast, stable, and works well with a lot of modern features. It always supports the latest Android versions, pre-installed Google Play, supports installing additional games from external sources, keyboard mapping, many pre-installed hot games, and screen vibration. Besides, gamers can stream games directly to Facebook. The app supports the full-screen view, regularly updated to improve performance and fix bugs.

Especially in version 4 that was released in 2018, users can play many games at the same time (or play the same game many times).

Because of its high-end features, Bluestacks is the largest Android emulator on the list. If you are using a high configuration computer and good graphics, BlueStacks is definitely a perfect choice. In addition to requiring high computer configuration, BlueStacks also requires users to view ads to be able to download games and often encounter petty errors. 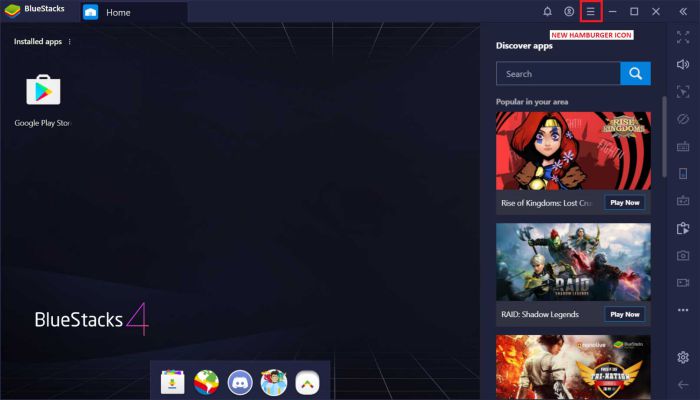 NoxPlayer is the next interesting emulator that we would like to introduce to you. Like BlueStacks, Nox is one of the Android emulators for computers. It has special utilities that help gamers control the game by using the keyboard and mouse. Specifically, Nox allows simulation of gestures when playing games on the phone with a keyboard and mouse. For example, you can assign a swipe right to the right arrow key. On the right side of the screen, there is a toolbar that allows you to take screenshots, record videos while playing games, link to macro records and install APK files from external sources. This feature brings more fun to Android game lovers. Nox does its job quite well and is completely free. 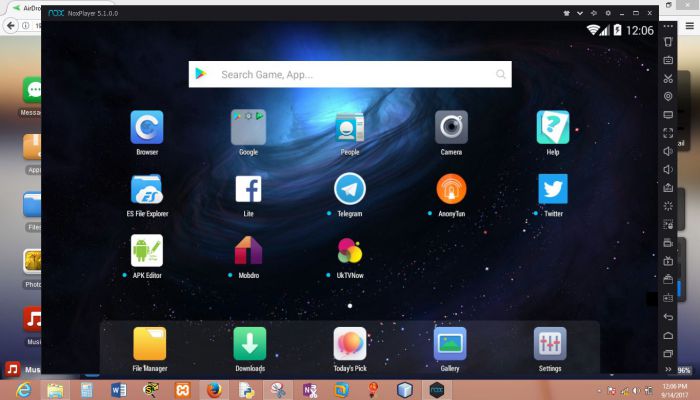 Besides, Nox offers an Android stock version. In addition to being able to play games, this Android emulator is also a useful tool to test Android applications. You can also install other applications from Google Play.

MEmu is a name that is quite hot when it continues to be on the list of the best Android emulation apps this year. This is a powerful Android emulator on PC, providing the best experience for users when using Android games or applications directly on their computers with a larger screen. Not only leading the performance and compatibility with many devices, but MEmu also owns the unique Android multi-core support technology. So far, the software has had more than 20 million downloads from over 200 countries in 20 different languages. This number is still increasing rapidly, showing that the charm of MEmu has not diminished since its first launch.

Besides, MEmu comes with root capabilities as well as a complete toolbar with many functions. It is not bulky, high performance. Instead, it is a good replacement for other Android emulators, especially when you want to play games and work at the same time. 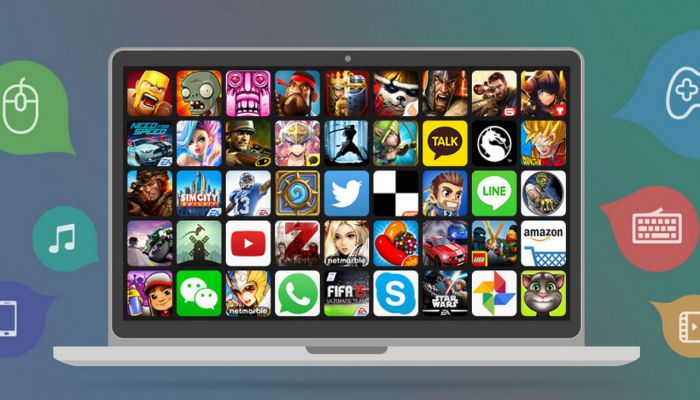 Like MEmu, LDPlayer (MOMO LDplayer) is also a recent emulation software and is very popular. This is one of the lightest Android emulators on PC today. It supports heavy games, running the chatting applications, photo editing, video and many other Android applications. Besides, this software is compatible with Android 5.1 or higher, multitasking support for an experience as good as on the mobile.

Moreover, LDPlayer is rated as a modern and easy to use Android emulator, allowing you to experience a massive store of apps and games on Play Store. The interface of LDPlayer is similar to NoxPlayer, which is a famous emulation software today. It also has the feature of unlimited multitasking support.

LDPlayer does not have Google Play Services pre-installed, so you must install Google Play Services manually to be able to play some video games. Users can play multiple games at the same time without any problems because it is a much lighter software than other tools of the same features. 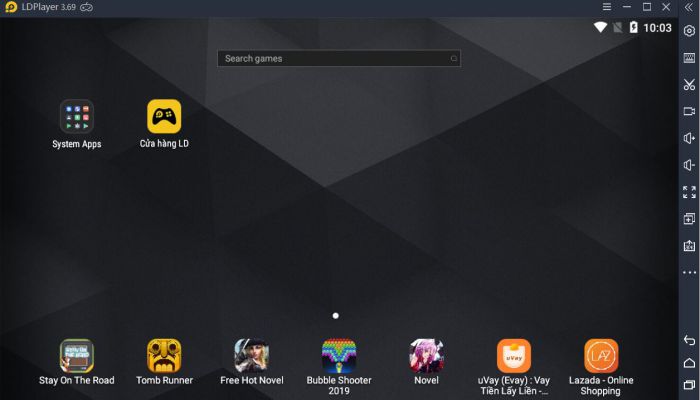 KoPlayer is a new emulation software on Windows, which is developed toward gamers. It has 2 modes, including Speed ​​and Compatibility. If you want to maximize your gaming performance, you should choose Speed ​​mode. If the device’s capacity is not enough, you can choose the remaining mode for a smoother experience. You can use the keyboard mapping feature to simulate a gaming controller by using a computer keyboard. Also, players can record the game and upload it to any video sharing website. The installation process is simple, stable and easy to use. In addition to the ability to play games, KoPlayer can also run many Android applications and many types of APK files available on the application’s website. However, the weakness of KoPlayer is that some users still notice that the app crashes and sometimes lags in Compatibility mode. 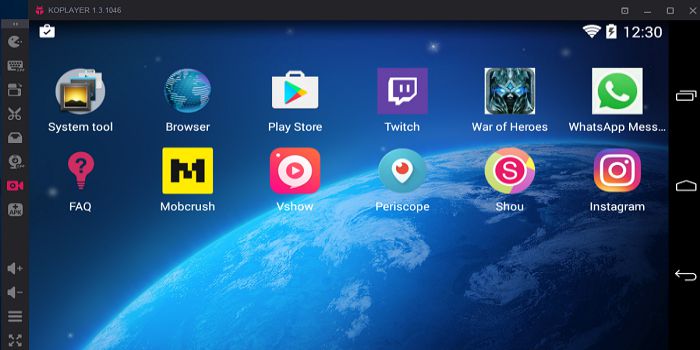 AMIDuOS is a quite new Android emulator on Windows. It comes in two versions, Lollipop ($ 10) and Jelly Bean ($ 15). You only pay once to use the product for life. AMIDuOS runs very well. Most users can use AMIDuOS to do everything on the phone. While AMIDuOS cannot meet the requirements of mobile app developers, it can satisfy the normal Android users thanks to its useful features and performance.

Genymotion is aimed at developers who want to test their apps and games on multiple Android devices without actually owning those phones. The emulator can be configured for various devices with different versions of Android to suit testing needs. For example, users can run Nexus One with Android 4.2 or Nexus 6 with Android 6.0. The choice is depending on you. Besides, you can easily switch between devices. Because the installation and configuration process is a bit more complicated than other emulators, Genymotion is not suitable for normal users who use the emulator just to check email and play games. But Genymotion provides a free service for personal use. 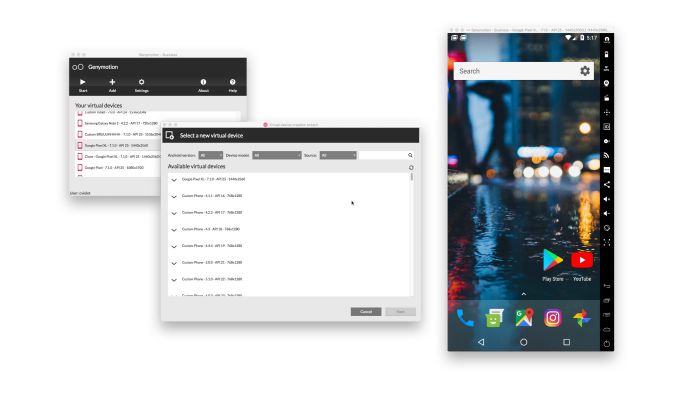 This Android emulator software is highly rated for its ability to run heavy games and applications with great graphics. Jar of Beans requires no installation, supports hardware acceleration manager to improve overall performance. Although the initial interface can make new users a bit difficult to understand, it takes just one click to switch to the familiar Android interface. After that, you can easily play the game or check the notifications.

Remix OS Player, also known as Remix OS, developed by Jide, is also a new name of Android emulator on computers. It is the only emulator app running Android Marshmallow instead of Android Lollipop or Kit Kat. The installation process is quite simple and easy to use. It primary run the game, so you’ll have a range of options to customize your game experience as you like. Unfortunately, Remix OS only supports AMD processors at the moment.

If you know the technology and looking for a different Android emulator with the above names, Bliss, based on Android 8 Oreo, is an exciting option. It is free as well as has more updates than BlueStacks. Before running this software, you must check that the device is compatible with the software or not. Otherwise, the software may not work. The setup steps are more complicated than other software. But in return, you will have a computer running Android originally via USB installation or running on a virtual machine in a simpler way.

Droid4X was once a highly regarded Android emulator, which does not require too high configuration to experience. But now, this emulator has been stopped. Instead, it only supports the old Android version, and the number of apps is quite small. Although Google Play is available, it is not possible to download games and apps that require a high Android operating system because the Android version is quite low. However, games and apps that support the low Android operating system still run very well on this emulator. 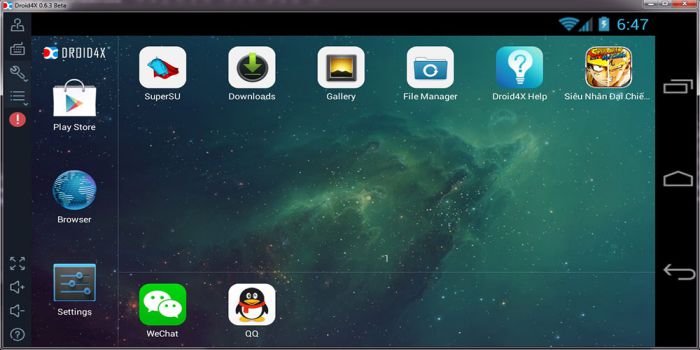 We have just introduced to you a list of 12 best Android emulation software for Windows today. Hopefully, you have found at least a good one to use. Please visit our website regularly to update the latest software. Thanks and have fun!

The 7 best travel applications in the world