Angry Bird 2  is the sequel of the game series Angry Bird. It is also known as “crazy bird”, “swarm of birds” or “shoot pigs”…, which is extremely attractive on Android devices. Angry Birds 2 is a very challenging game, making players have many different emotions. The game has simple but interesting gameplay, interesting graphics and unique game idea. However, it is not easy to win the game. It has made hundreds of millions of gamers worldwide headache. Let’s join the game and find a way to solve the problem with angry birds! 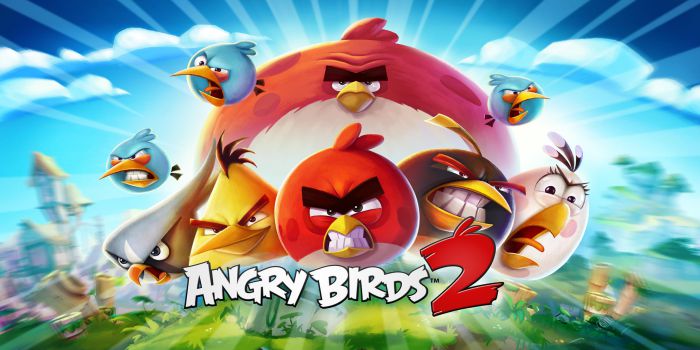 One day, a pig force was sent by Chef Pig and King Pig to steal the birds’ eggs. They were immediately detected. However, a balloon appeared to rescue the pig with the bird’s eggs. Once again, the birds have to chase the balloon, looking for the keys to free the eggs and other birds like Blues, Bomb, Mitilda…

Like in the first version of Angry Birds, players use a slingshot to shoot birds into nearby buildings. A key difference in Angry Birds 2 is the ability to choose birds to make bullets and shoot. This can help players more freedom in creating their unique strategies. Your main enemies in this game are green pigs with different sizes and defences.

Angry Birds 2 gives players a new feeling through its gameplay because most of it still doesn’t change much or too hard. However, the core of the game remains the same. It means that you will use a slingshot to attack the pigs. The attack can be done by touching the bird in the slingshot and pulling your finger backwards, adjusting the shot angle and release your finger to shoot.

Besides, the birds and their powers are shown on each card. you just choose it, put it on the slingshot and attack the enemies. Players increase their score by destroying pigs and levelling birds to double the score. Moreover, you should pay attention to the energy bar, which will fill up during the game. When it is full, a random card will be given to the player then you can use special power to destroy the enemies. Only three cards can appear at the same time. 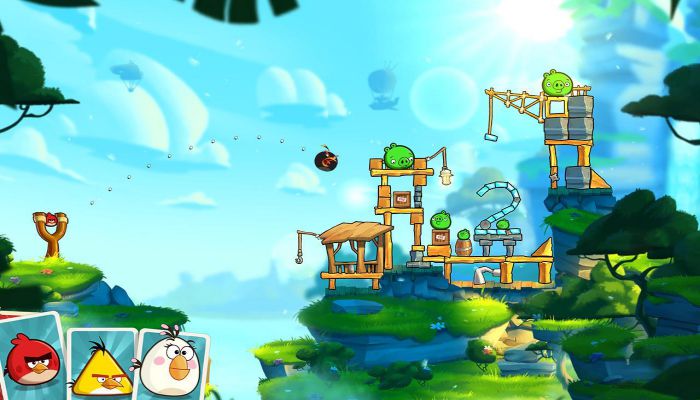 The game guideline and tricks to play Angry Birds 2 well

Starting the battle, the players have 5 lives corresponding to 5 playing turns. Every failure, you will lose a life. Once all 5 lives have finished, the player must use gems or watch an ad or wait (30 minutes for one of 5 birds) until the energy is recovered.

The level of the game will be harder when you need to kill more pigs.           Besides, the boss will appear on several levels and request the boss’s power to defeat it. Magic is disabled for fighting bosses. 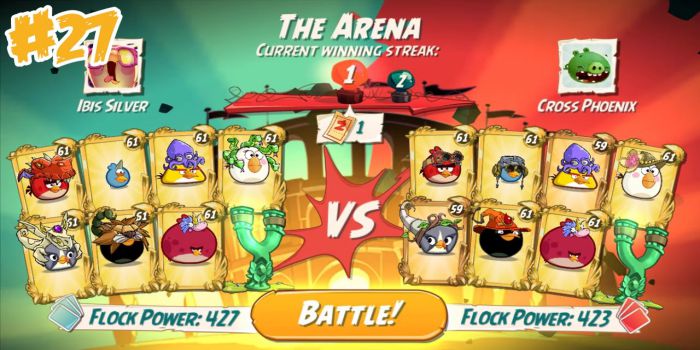 Angry Birds 2 is similar to the previous version, which requires your skills to strategize your way through every level. Keeping calm and patience is a key point of winning. You need a reasonable strategy and can shoot the most accurately to break things like stone, wood…

Moreover, when the bird is in the air, you can activate its special skills.

There are four types of challenges in Angry Birds 2 including normal level, difficulty level, Boss level and score level. 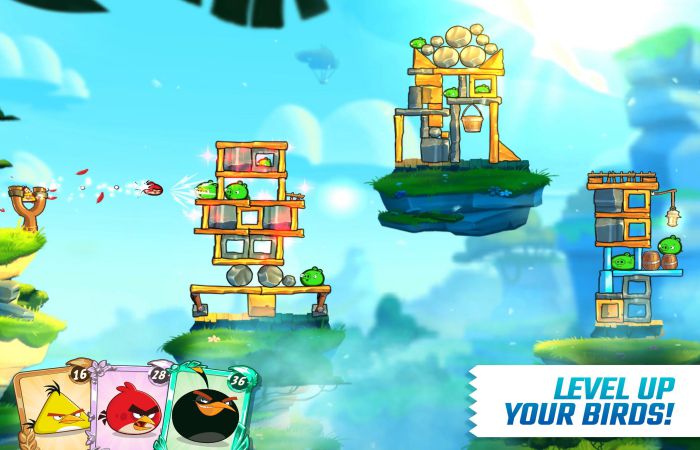 The gifts are randomly placed at levels. Giving green gifts allows players to send gifts to friends via Facebook. Red gifts will reward players with gems or feathers. Occasionally, golden pigs may appear. When you defeat it, you may receive amazing rewards. Also, the game can be connected to Facebook to back up scores and account information. Besides, Gems, Lives and avatars can be earned from in-app purchases. You can only earn gems by completing the daily tasks.

In addition, unlocking new Arena is also a great point of the game. you can unlock a new one after reaching level 5. Arena concept is similar to Angry Birds Friends. Gamers in the world are randomly divided into 15 groups. The feathers have been given to a specific bird according to the high score of each player at the level of the arena event. However, after updating Mount Everest, this arena becomes a 6-day tournament, where the prize was a gem instead of a feather. Instead of playing alone to get a high score, players can now compete with a randomly chosen opponent. The gamer with a higher score will win the game.

The graphics and sound effects

Like previous versions of Angry Birds, the sound is designed to be very funny and cute. Fearful sounds when attacked, angry when robbed of eggs, the ludicrousness of big bosses … are shown honestly and meticulously. Surely, the sound effects are what makes your Angry Birds 2 experience more exciting and fun.

Angry Birds 2 is an extremely successful game that gives players interesting gameplay and cute graphics. Besides, the vivid background music and funny sound system will bring players fun entertainment moments. In this article, we would like to provide you with two Angry Birds versions including APK and APK MOD (Money). They all bring you more advanced features than in the original version. Let’s download and enjoy the game right now! Thanks and have fun!

Get ready for an update that hits all the high notes! Collect the all new Troubadour Hat Set in the Tower of Fortune and get tuned up for the new Minstrel Adventure!