Angry Birds was definitely a great memory, which was along with many people’s childhood. At present, there are more and more products created under these cute birds’ inspiration such as clothes, toys, movies, especially games that always make us happier. Today, I would like to introduce to you a game named Angry Birds Match 3, which is an exciting match-3 game that revolves around ROVIO’s famous Angry Birds characters. In which, players have to match at least 3 objects, stars, toys of the same type together to kill the green swarm of pigs (the hate always attempts to destroy the party of the Hatchling birds). Angry Birds Match 3 has simple gameplay, beautiful images and over 1000 challenging levels promising to bring a lot of new gaming experience to the players. 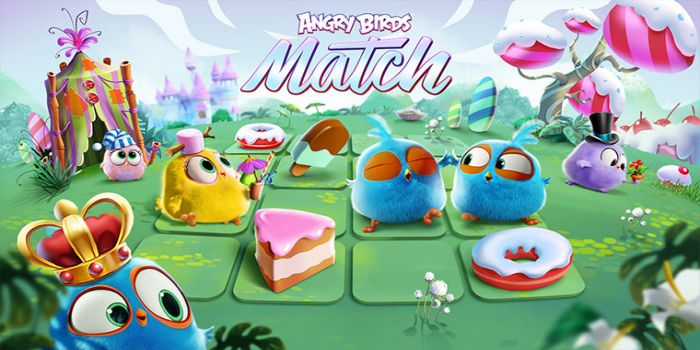 Angry Birds Match 3 tells the story about the help of the big birds to the little birds – Hatchlings for against ugly green pigs which are trying to sabotage the party. In the game, you have to complete a lot of tasks such as defeating green pigs, destroying all red boxes or matching a certain amount of candies.

Angry Birds Match 3 has a very familiar, fun and highly addictive match-3 gameplay. In which, your task is to match at least 3 objects of the same type including stars, toys, objects or more items to break and “stun” the green pigs. Besides, if you successfully connected from 4 or more similar objects, you will create an Angry Bird. This bird can defeat the pig from the same row by swiping the finger from the bird to the pig. Also, Angry Birds Match has many supporting items, which help players overcome the most difficult levels.

The features of Angry Birds Match 3

The huge number of games

Angry Birds Match 3 has an extremely large number of games with 390 levels and 9 different episodes. In addition, there are a lot of challenges with increasing difficulty in each level to bring you the best gaming experience.

In addition, the game has more than 50 Hatchlings with different shapes and colours. In addition, there are some large birds like Red, Bombs and Chuck, which have a duty to assist whenever you get into trouble with hated green pigs. 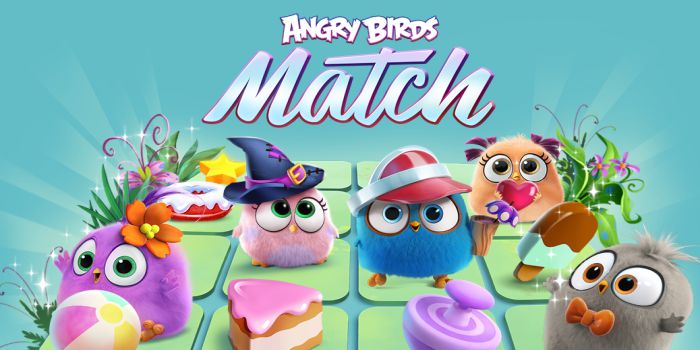 As soon as you enter the game, you will experience the opening story in extremely beautiful 3D animation graphics. The main context of the game is a party of Hatchlings and friends. It is a grand and brilliant atmosphere. The game’s graphics are designed carefully and detailed that is suitable for all ages. Besides, the layout of the game is relatively simple, making it easy for players to get used to. 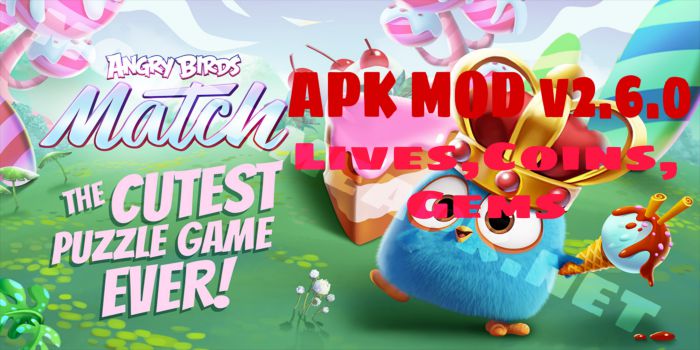 – The Hatchlings put on a show in a new music-themed area – get ready for Avian Idol!
– Meet 3 new Hatchling trick-or-treaters in the Halloween event!
– Collect all the spooky new outfits! 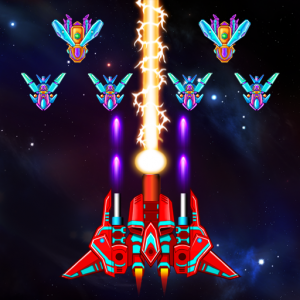