Archero is an extremely creative and interesting game from Habby publisher on the Android platform. It is based on the principle of archery games, but with simple, unique and free gameplay. Archero gives players dramatic action scenes and exciting battles. In addition, you can unlock and upgrade your bow and arrow for making them super-powerful weapons. This game has lovely graphics with stickman style characters. Besides, it also provides players with many interesting experiences like the combination of action, role-playing or survival. Let’s join Modgameapk.net to learn about this interesting game right now!

The creative and unique gameplay

Unlike the archery games such as Stickman Archery or Archery Club for Android – where you shoot archery at the steles and try to get the highest score possible, you will fight the diverse monsters. In the game, you can use many unique skill combinations for fighting and surviving as long as possible. However, the longer you play the game, the more monsters and obstacles will appear. Sometimes, you are separated by a wall or nail plates. You have to move so that the path of the arrow does not get stuck by the obstacles. Besides, these monsters also try to get close to you. If you let them touch you or being hit by their bullet, you lose a certain amount of blood. When your blood runs out, the game will end. Every time you play the game, you need to spend 5 points (it is as a lightning bolt icon on the left corner of the screen). Every 30 minutes, the game will give you 1 point. You only have a maximum of 20 points. 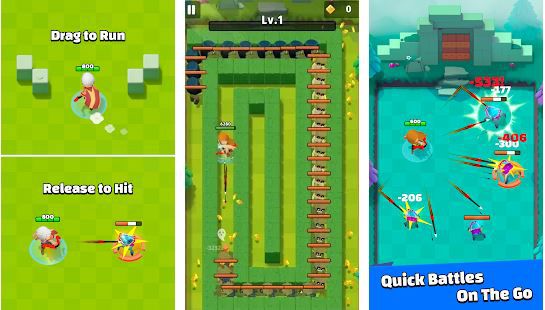 In addition, the game also allows you to collect materials, strengthen equipment and upgrade skills. The currency in the game is quite popular including gold and blue gems. With gold, you can earn when you win the game. You can use gold to upgrade skills and equipment. As for Diamond, you can earn from leveling up. This currency can be used to buy in-game items or help you revive after death.

When leveling up, players will have to face bigger challenges. At the end of each level, a boss will appear, which is much bigger and more powerful than the normal monsters. Therefore, upgrading equipment and characters is essential in Archero.

In the game, diversity comes from the layout of obstacles and monsters. This is the interesting point of this game. You will have to destroy each dungeon, overcome many monsters and win many bosses. They have different attacking skills, making you surprised when fighting with them. Besides, obstacles such as walls, lakes or tables also make it difficult for you to reach the goal. Sometimes, they also cause you to lose blood as if it were nail plates. 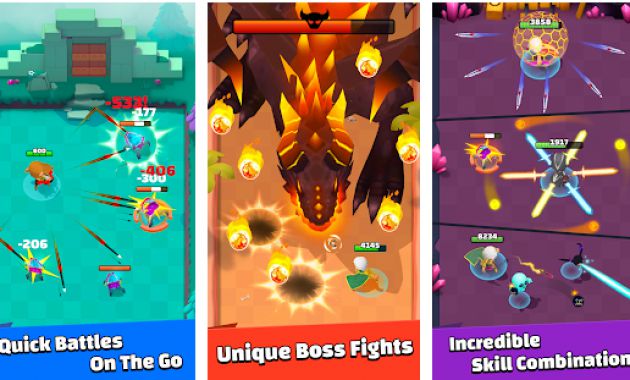 Archero has a lot of interesting skills for you to fight with monsters: double arrows, bloodthirsty arrows, double attack power, protection circle, poison circle … All create a diverse skill board with extremely lively features. Also, after 3 levels of play, you will enter the screen to select support skills. Many interesting things make you surprised with the skill design of this game. Let’s play and explore! 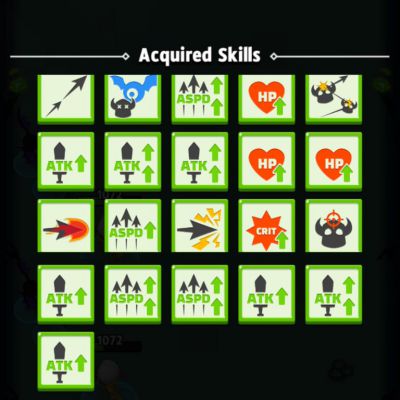 As mentioned, the controls of this game are quite flexible. However, it sometimes makes it difficult for players to control the character. The game is designed on a chessboard with many small squares. In which, gamers will control the character to move along those squares. There is only 1 control button at the bottom center of the screen. The character’s attack will be automatically supported by the game without your control. Note that, when you move, you won’t be able to shoot arrows.

Archero has beautiful and colorful graphics. The character’s movement will make you quite excited and sometimes laugh. Unlike graphics that are invested quite carefully, the sound system is not focused on by the manufacturer. There are only a few simple sounds like bumps, shot, bomb explosions or death. Music only has 1-2 copies. But this can be an advantage that helps players focus more on fighting.

Archero is an exciting and creative game based on archery inspiration with addictive gameplay and beautiful graphics. This game is a combination of charismatic action and lovely features of the cubic design style. Let’s download and experience the game right at Modgameapk.net now! Thanks and have fun!