Attack on Titan for Andoird is a great action game based on the Japanese manga and film series. The game not only possesses beautiful hand-drawn graphics of Manga but the world of Attack on Titan is also huge for players to explore. Besides, Anttack on Titan also has a version named Attack on Titan PC, which was distributed Exclusive on Steam.

Attack On Titan brings a mysterious and thrilling story with lots of action and horror elements. It is the war between the human and the Titan giants, in which the human had to fight for survival. Several hundred years ago, humans began to be attacked by Giants, which is a kind of human predator. They ate humans as a hobby rather than a need to eat that pushes people to the risk of extinction. In order to protect themselves, humans have built huge walls together and been there for years to protect themselves from those terrifying Titans. One day, a strange and giant Titan with scary power suddenly appeared and broke the outer protective wall. Peaceful days have ended, which led to the fierce battle beginning. 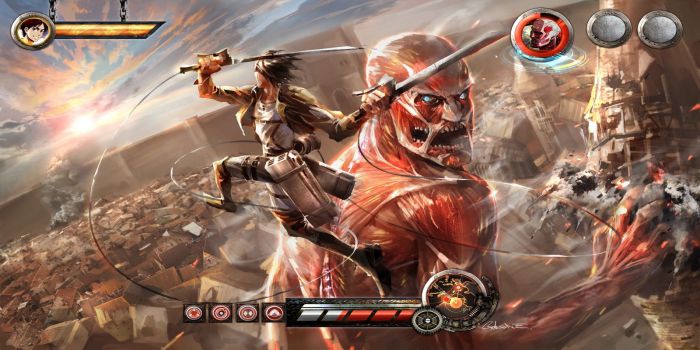 In the game, players will accompany Eren and his friends to rescue humanity from the threat of immortal giants (Titan forces). Players will take advantage of mobile equipment and fly in the sky to fight with fierce Titans. The game is the great combats that are both horrified and attractive, which can satisfy all gamers.

Join Attack on Titan, players experience great horror battles. The giant has quick moves and reflexes, pushing your character into dangerous situations. At this point, you need to cleverly combine flying, jumping and launching deadly attacks at the right time to win. The game uses the same story from the Anime and Manga series of the same name. Besides, it also adds new details for making gamers more interested in. 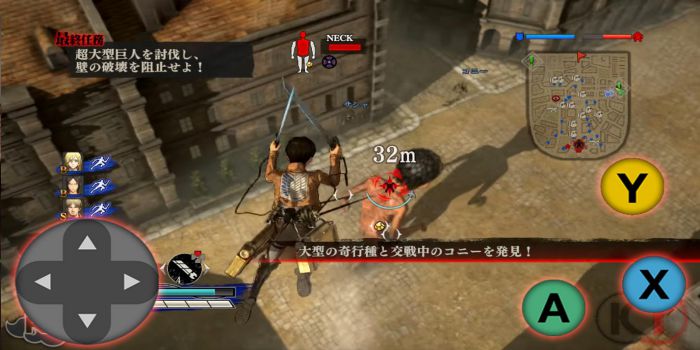 In this game, the players can build a good assassin squad by collecting and training the characters following the storyline. There are many hero cards for you to choose from to build your team. Besides, you can join the PvP battle to have dramatic battles with your teammates.

Attack on Titan has many battlefields for you to choose from. These locations are originally written from the plot such as Shiganshina, Trost, Calaneth, Giant Tree Forest and many other interesting battling places. All battlefields have realistic and vivid 3D graphics.

There are many ways to upgrade your character including collecting upgrade cards, combining equipment or simply completing a match. The more Titan you kill, the more power your character will be.

Equal to the fighters of Attack on Titan, the giants with skilful moves will make you difficult in every battle. This also makes the task harder. However, it is also an interesting thing to make you more motivated. 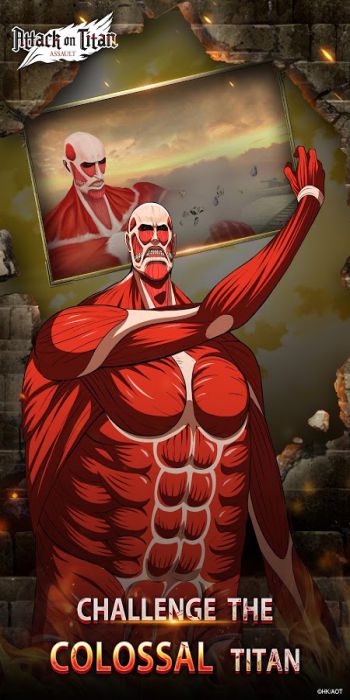 Attack on Titan has 37 characters. They will appear in different costumes and show off skills that you have never seen before. Through Buddy Actions, players can interact with these characters and experience each person’s story to gain a better understanding.

As many game titles adapted from other Manga, the graphics of Attack on Titan still really gives players something very close to the comic, half real and half fake. Their faces, character strokes, gestures and actions all have a very unique expression. If you are a fan of Persona series, you will see many similarities in the graphics of these two games.

The Titan villains are made quite meticulous. They portray the greatness, massiveness, madness and blood-thirsty. However, these Titans are not yet diverse. There are only a few types of Titan. 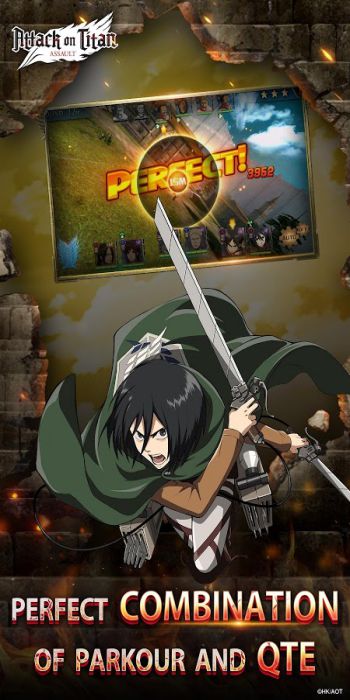 With excellent turn-based gameplay and excellent 3D graphics, Attack on Titan will bring you a new gaming experience, which is definitely a great entertainment option for fans who love to hunt giants in particular and in action game in general. You can download Attack on Titan: Assault Apk Mod  to have new and more interesting experiences.v