BAD 2 BAD: EXTINCTION is a sequel to the famous game series Bad 2 Bad from the developer Dawinstone. The two previous sections are Delta and Tango, which have achieved a lot of success with a lot of downloads as well as positive feedback from players worldwide. The game has good content, in which you are the commander of a Special force with the task of defeating the terrorists. Please join us to find out more about BAD 2 BAD: EXTINCTION APK MOD right now!

As mentioned above, your main task in the game is to lead a force to fight terrorist organizations. You have to form an army of elite soldiers, identify enemies and use the appropriate weapons system to defeat them. Besides, you can find many innocent people hiding somewhere in the battle area. Don’t forget to find, protect and take them to safe places, which is one of the most important things that a soldier needs to do. 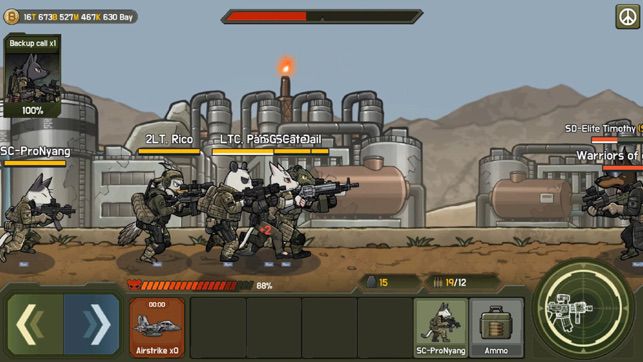 In the game, you are an army colonel, whose task of fighting and defeating the Al-Qatala organization. To do this well, you have to gather elite soldiers to form a strong team. Besides, the characters in this game are not human. They are animals like crocodiles, tigers, pandas, black panther… with the ability to walk on both legs and act like humans. This has directly impressed many players.

The diverse kinds of enemies

When you join the battle, you will have to fight many different types of enemies such as terrorists, zombies, etc. The game offers you 5 types of villains including Wilders (WD), Purebloods (PS), Underdogs (UD), Amazoness (AZ) and Tailless Legion (TL). Each of them has unique origin and story, which you can explore during the game. 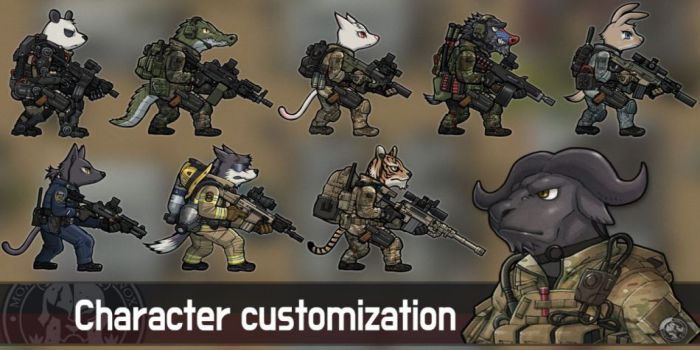 BAD 2 BAD: EXTINCTION has abundant weapon collection. Besides, you can upgrade them to enhance the firepower and speed to complete the stage easier. Characters also play a very important role in this war. There are more than 20 types of characters that you can unlock, each of which has unique skills and roles in each game. Besides, you can also customize costumes and decorations for characters.

In the game, the control system includes some basic keys such as moving, shooting, tumbling, throwing grenades, etc. You can control up to 5 characters in a match. In fact, you can only control a single character. The other characters automatically move along and support you. You can change the captain by changing Tactics.

In addition, the game has a top-down view, allowing the player to move in 4 directions instead of 2 directions like the usual 2D games on mobile. Enemies can appear from anywhere on the map, causing many surprises for you. Besides, there are some supporting devices that you can use are unmanned aircraft and ground equipment. 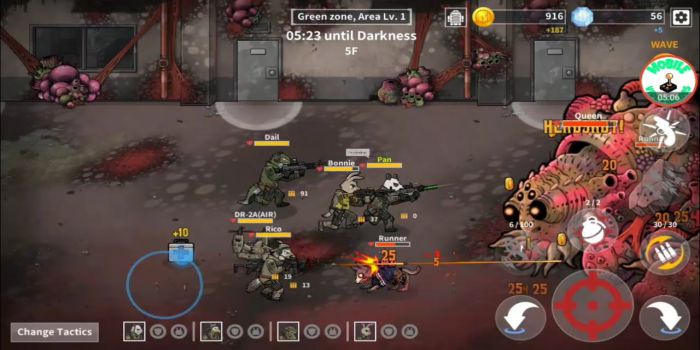 BAD 2 BAD: EXTINCTION has beautiful 3D graphics, which also matches well the war context. Despite the cartoon style, the characters are still cool like real soldiers, which will keep you in the game for a long time. 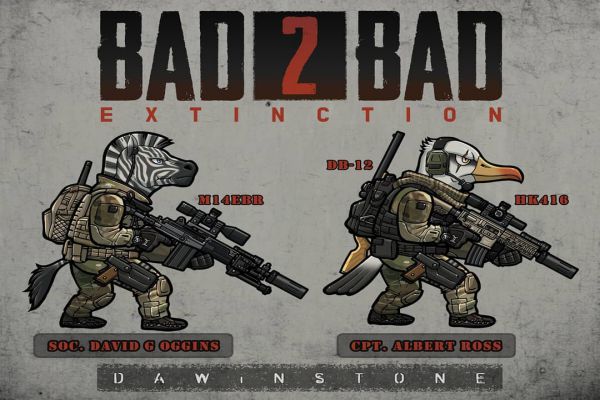 BAD 2 BAD: EXTINCTION APK MOD is an excellent game that you cannot ignore. It features unique gameplay, interesting storyline, diverse character and weapons systems, intuitive control and upgrade…, which are the reasons for you to download this game to your phone. In this article, modgameapk.net would like to provide you with the original APK FILE and the APK MOD file. If you have any question about the game, please leave a comment below. Thanks and have a fun game!