Black Desert Mobile is an interesting game from Pearl Abyss – a popular developer in South Korea. The game was developed based on the PC version of the same name. After a while launching rumours, this “role-playing blockbuster” on mobile has officially appeared on the Google Play and App Store with the English language.

Specifically, in September, developer Pearl Abyss announced that Black Desert, the highly anticipated MMORPG, will be available on the mobile platform this year. By mid-October, the developer continued announcing that the early access is ready for Android players in certain countries. Black Desert Mobile released an early version on October 24 on the Android platform on Google Play. However, it will only be available in the following countries: Canada, Chile, Sweden, Malaysia, Turkey, Ireland and Australia. 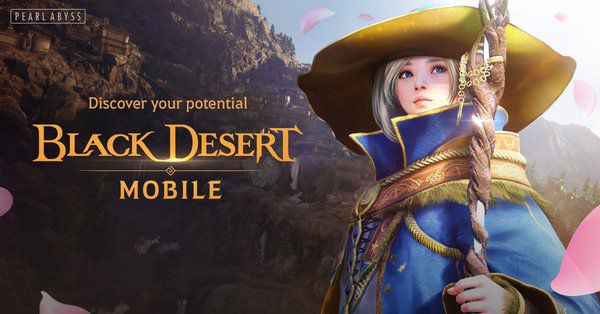 Besides, what interests me is that you will have a farm to build and upgrade. It is your own piece of land, where you can build works, hire workers and unlock unique game modes. Also, the buildings help the farm grow, refine the Black Stones which are used to upgrade your equipment.

Also, there are many small, detailed things that affect your farm. You may have hired a lazy worker who needs discipline or you may need to change the jobs that each worker is doing. After you have set up a camp like that, you can also exchange the resources and items with other players. 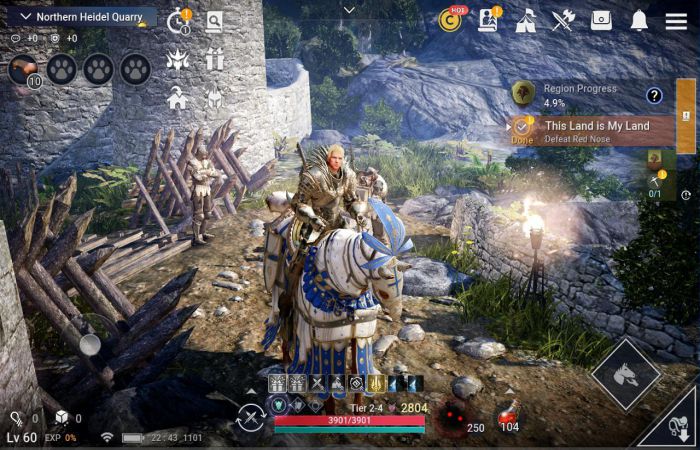 In the current version, the game offers 5 character classes including Warrior, Ranger, Giant, Witch and Valkyrie. It is 5 characters as less than as PC version but will definitely be updated later. Each character class possesses a unique skill set based on elements such as Ice, Fire, Wind, Light, etc. At the beginning of the game, the role-playing gameplay of Black Desert Mobile is quite similar to the current mobile MMORPG. Initially, you will have to perform the tasks following the storyline to level up and unlock new features and activities. With the smart assist auto system, your character will automatically move to the designated location and do the activities. This helps players save more touch screen operations as well as have more free time to learn more things. When reaching higher levels, you can experience more exciting activities like PvE, PvP and PK. Especially, the dungeons are very diverse, which are divided into many different difficulties to challenge the player. Also, the game is full of features such as Guilds, Pets, Mount, Market, Costumes… 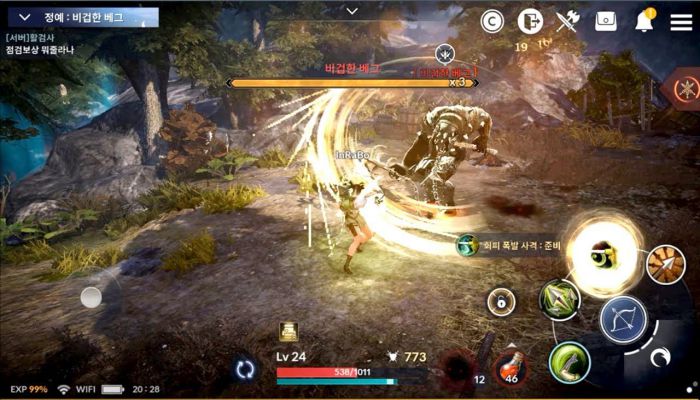 The interesting point of Black Desert Mobile compared to other mobile games today is that the game possesses a rich skillset such as mining, fishing, manufacturing, farming, trading… Every day, in addition to spending lots of time playing games, players have lots of cool things to do. Of course, they are not only a job for fun but also help players earn more money, more materials. Black Desert Mobile also has a unique feature called The Black Spirit – A type of soul that will accompany the journey with the player’s character. Unlike the PC version, Black Spirit in the mobile version will have unique level system. Players can even craft equipment. When Black Spirit level up, he will increase the attribute stat for the main character. 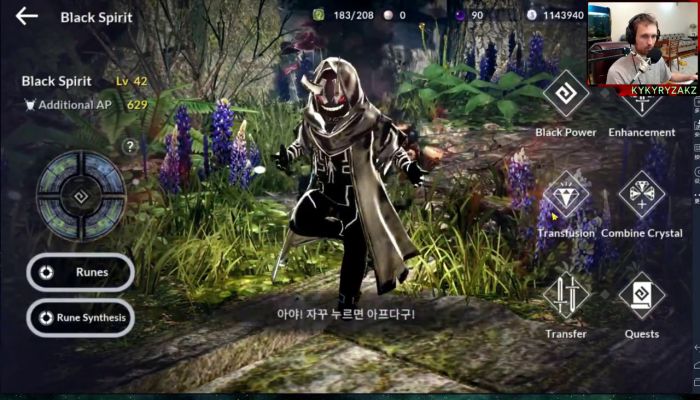 Although it is not possible to bring the entire combat system from PC to Mobile, the production team has also tried hard to help Black Desert Mobile with an engaging combat mechanism. That is still the pressing operation but the game adds camera angles, frame movements with beautiful visual effects.

Black Desert Mobile is the most beautiful MMORPG game on mobile today. To compare with the PC version, it proved to be no as good as PC version. The game was optimized for the interface, images and extremely good effects. It can be seen that the strengths of the PC version are brought completely to the mobile version by Pearl Abyss. Especially, the character shaping system is detailed and beautiful. Besides, if you have ever played the PC version, you will see that the mobile version’s graphics are very good at the character’s shape as well as the skill effect. Specifically, the character models, weapons, armor are designed in detail and used modern effects to bring vivid image quality. 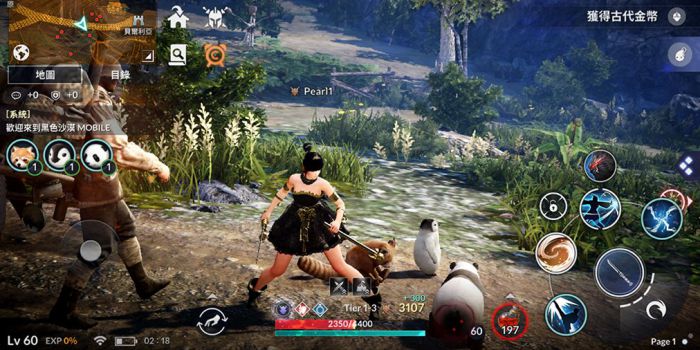 Black Desert Mobile is a true mobile RPG with great graphics and interesting gameplay. However, the nature of the game has not escaped the typical gameplay that is level-based play, questing complete without having more creativity in open-world experiences as PC game fans expected. This is also the reason that this game does not have a superior level. Of course, you can’t ask Black Desert Mobile to bring the same gameplay as the PC version to your mobile because the PC version is too heavy and complicated. Meanwhile, the mobile version wants to aim to reach more new players. Anyway, this is still a great MMORPG for you to experience.