Blocky Cars MOD APK is a driving and shooting game on mobile devices with unique gameplay and a lot of interesting features. In the game, you not only join a fascinating battle but also enjoy many options for manipulation and diverse customization. In Blocky Cars, you can choose any format you want: manufacturing the tanks and battle cars or competing with other online gamers in the world. Let’s find t out right now! 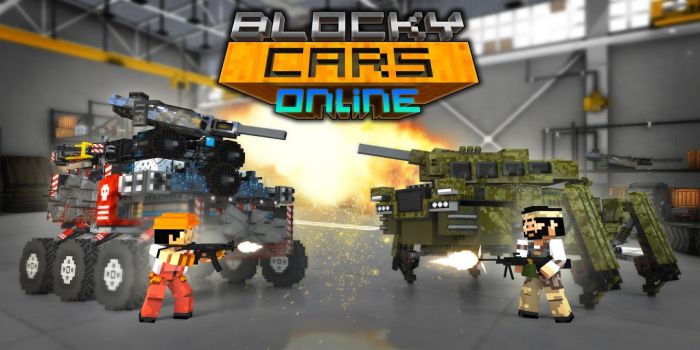 In Blocky Cars, you have to create and use your tactics as well as fighting skills to defeat the other opponents. The battlefield in Blocky Cars is extremely fierce so you need a strong vehicle, weapon and great power. Besides, you will be provided with a useful toolset for making the vehicles, which are free to be able to make yourself the best cars. You will be no longer using a normal vehicle but a great one for battle with a lot of upgrades. From equipping guns, weapons, and even some accessories such as propellers to fly, or spider legs to go on the wall, an unexpected element will help you fight and win millions of other players in the online battles. 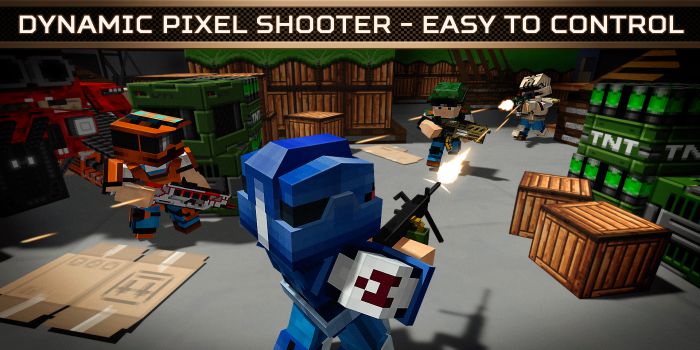 Blocky Cars gives you a lot of options and customizations for manufacturing the greatest vehicle. With over 100 shapes, you can build anything you want. In addition, the game has a lot of tutorials, as well as templates for you to follow to avoid mistakes during the assembling process. Personally, this is the most interesting feature of the game.

In addition to getting up and creating a big and strong battle vehicle, you have to upgrade your equipment and firepower. The weapon is not so outstanding in terms of quantity as other shooting or fighting games. Blocky Cars has a simple weapons collection. However, they are designed quite beautifully. After each match, you will receive an amount of money corresponding to your result in the match. This money helps you buy equipment, armour, weapons and some decorations for your vehicle. If you want to be simpler, you can download Blocky Cars APK MOD (Money) to make it easier to upgrade because it gives you a lot of money from the beginning of the game. 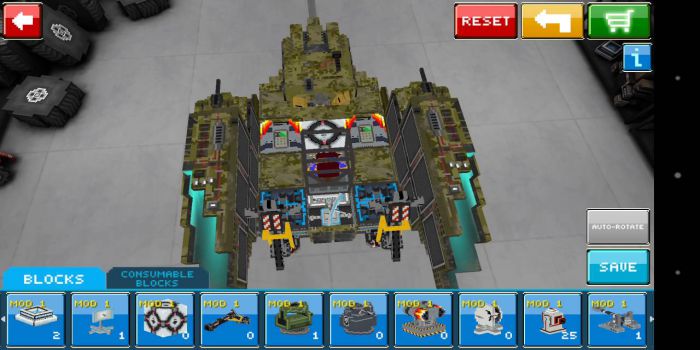 In Blocky Cars, players have many choices for game modes. Each mode requires you to perform a specific mission. The game has all 4 modes including Race, Death, Flag Mode and Training Mode. In Race and Death modes, they allow you to customize your vehicle and race to take part in the Deathmatch challenge. Flag Mode is a mode of occupying a flag. Those who have ever played shooting games are certainly familiar with this mode. Finally, in Training Mode, this is a practice mode. You can practice skills as well as test new weapons.

Blocky Cars also has an interesting feature that online gamers like is online chat. This feature allows you to communicate via a microphone or text with other players. Besides, the game is a combination of all your favourite games such as online shooting, racing, battles, FPS battles, manufacturing and various game modes.

Blocky Cars has Pixel-style graphics like Minecraft or Mini World. This feature is rated as not equal to the last two games but stands out with the optimal design, few redundant details and vivid colours. Besides, the game also has many unique physical effects that are set every time you play in multiplayer mode. 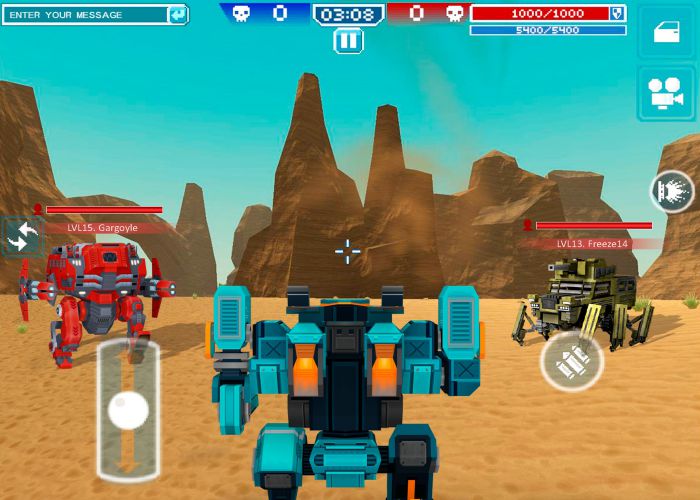 Note: The game is free, but there are also IAP packages that require players to pay real money.

Overall, Blocky Cars is a great driving shooter game with simple but unique gameplay and beautiful design. Although it is an action game, Blocky Cars does not bring a sense of stress to the players. In contrast, gamers will feel uneasy but still comfortable. This title is suitable for you to release stress after stressful working hours. You can download Blocky Cars MOD APK to experience more advanced features. Thanks and have a fun game!