Bullet Angel is a mobile shooting game (FPS Mobile) adapted from the PC version (launched in 2019). It has had more than 60 million players in Southeast Asia. This new version will still bring players classic maps, such as Aden Army Warehouse, The Ancient City of Loulan, Whampoa Dock, and unique elements like Mummy-Hero, dancing to restore HP. Besides, Bullet Angel promises to be a shooting blockbuster on the market. Keep going with Bullet Angel: Xshot Mission M MOD APK and enjoy the great FPS right now!

Throughout decades of game development, Kingame Studio has released Bullet Angel as the most impressive classic-style shooting game on mobile. In which players will enjoy all the same features as on the PC. Specifically, you can choose your character, fight, earn money to buy guns and other items to increase your power, and customize your character. Also, you can play on unique maps like on PC, such as Aden Army Warehouse, The Ancient City of Loulan, Whampoa Dock, and Pharaonic Temple. Moreover, you can still see unique elements like Mummy-Hero, dance to restore HP. For sure, Bullet Angel will continue to bring you satisfying battles. 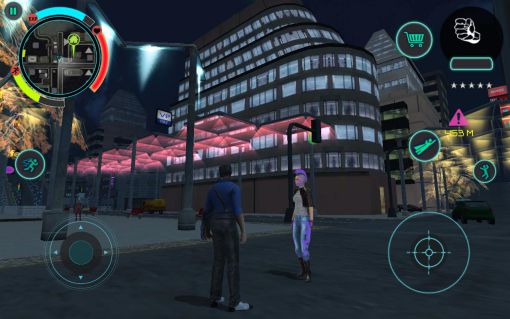 Bullet Angel is a conversion of the game of the same name on PC. However, it is not only a simple remake. Instead, it is continually being refined for even more advanced features. Besides, the game mode is also 1 of them. In any mode, players will also experience the most interesting things. Whether it’s heavy TDM, Ghost, Melee / Sniper, or casual & fun modes like Chicken Run, both pro and casual gamers can find something they like and have fun in Bullet Angel. Please see below information about the game modes:

A battle between humans and mummies in ancient temples, and humans turning into mummies after being infected, only one side can survive.

With many perks at hand, your skill and intelligence will still be tested in the dark temple. Join the challenge!

– Dance Your Way to Victory:

Low HP? You should not worry about death and resurrection cold. At this point, you can perform a fully customizable dance move to restore health and strike your foes unexpectedly. Moreover, there is even great background music to dance in this mobile game. 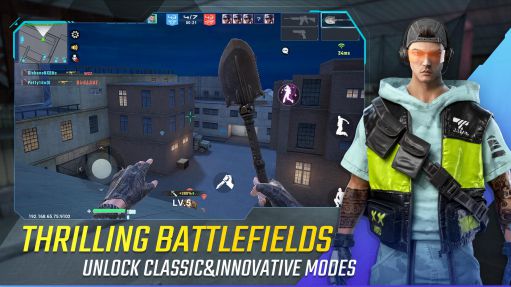 Players can customize the control modes to suit their playing style. Specifically, Bullet Angel has an easy-to-use and adjustable console. All are fully optimized for mobile gaming: Adjust sensitivity, recoil, range … From beginner to pro, all gamers can set control settings.

Moreover, Bullet Angel is fully optimized for the majority of mobile devices. This helps players access this ultimate game easily.

In Bullet Angel, you easily realize the graphics are not inferior to the PC. With the use of Engine 4 technology, the game still gives players vivid 3D graphics. The equipment and outfits are much more than the real thing! Electric, jungle, steak, and hand-drawing. In addition, players can customize the costume and many other items for the character. At this point, the only limit is your imagination. There are hundreds of skins for you to choose from. You won’t be like anyone on the battlefield.

Below, we provide players with the link to download Bullet Angel MOD APK for free. If you have any questions about the game, feel free to leave a comment in this article. Having fun!