New update : Minor improvements and fixes overall the game If you are too bored of MOBA or shooting games with complex gameplay, you should try switching to a horror game. Today, MODGAMEAPK.NET would like to introduce to you such an interesting game named Horrorfield. Although it was just a trial version from the first […]

Dead by Daylight is a multiplayer survival horror game from Behavior Interactive developer. The game was first released on PC in 2016. After the success of the PC version, the game continued to be on the PS4 platform and Xbox in June 2017. Finally, it has been available on the mobile. Not long after uploading […] 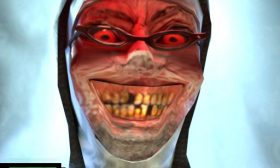 New update : Bug fixes Other improvements Evil Nun is an interesting horror game that was inspired by Valak character in the famous thrilling film series The Conjuring and The Nun. Unlike the horror survival games on the phone that require the skill of the player, Evil Nun will bring you a true horror game […]

New update: OPTIMIZATIONS PHASE #3 ——————————————– Greatly Optimized by 50%+ for all Levels More Updates to come soon Project RIP Mobile APK is a cool shooting game that combines with the demonic killing element. It has lots of scary images, which can make players both scary and excited. The game was released by the developer […]

New update: More places to explore in the house. A new way to escape from the house. A new weapon. New items to look for. A new Game Over scene. Fixed some bugs Granny: Chapter Two APK MOD is the 2nd version of Granny – a popular horror game on mobile from Dvloper. Part 1 […]

Ice Scream 3 APK is a sequel to Ice Scream – the horror series that combines the first-person puzzle gameplay from the publisher of Evil Nun. It is a new arcade game, where you will continue to play Charlie, the brave protagonist from the previous two parts. At this time, you have to try your […]

New update : ARC-12 Vanguard – combine a fully automatic assault rifle with the wide damage capability of a shotgun with a magazine under the barrel! Fixed some bugs and performance improvements. Support hand control! Survive the zombies thanks to your favorite hand controller! Fix some bugs and improve performance Into the Dead 2 is […]

Very Little Nightmares is an interesting horror adventure and puzzle game. It is developed by Bandai Namco and Alike Studio. After the success on the PC, Xbox One, PlayStation, Very Little Nightmares was officially launched on Android and IOS. In the game, gamers play the role of little Six, who has to escape from a […] 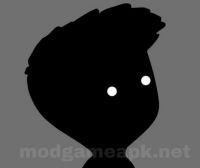 Limbo is a great puzzle game, which combines with a horror element. It was produced by PlayDead and released for the first time in 2011. The producer designed this game for XBOX and then for PC and now for Mobile version. Limbo features the best gaming experience for gamers with the magical night, capturing players […]

New Update: adjustment to 64bit architecture This War of Mine is a great survival game in the war theme, which is considered the best product for Android smartphones. Released by 11-bit company from Poland, this is the most successful game title in the company’s history. The game was inspired by the Siege of Sarajevo in […]