Ceres M (or the name in Korean – The tale of Five Kingdoms) is a mobile role-playing game with tactical elements. It has been released in the Korean market and has achieved quite a lot success. After a period of testing, the English version also officially launched named Ceres M. This game has been released in the Korean market for a long time, which is in the Middle Ages. The story revolves around the wars between the five great kingdoms. 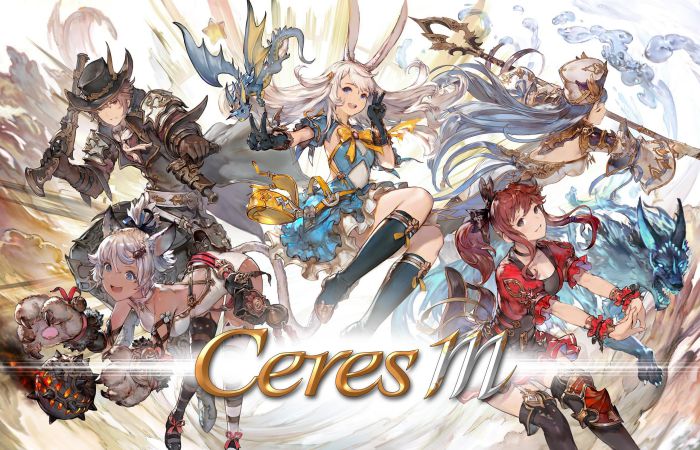 Ceres M is a medieval game, so it has a long storyline. Besides, it gives players the most complete experience. The early world was created with the Infinity Crystal, a crystal that shines with eternal energy of origin. Ancient human ancestors used that energy to build prosperous civilizations. But the peace does not last forever. With the desire to learn the secret of immortality, one of the most powerful kings launched a fierce battle to take Infinity Crystal. The world is covered with smoke, blood and wailing. The energy lost in the battle caused the Infinity Crystal to lose its light. After the last war, the world was in the devastation. Only few people can survive.

As time passed silently, the world seemed to be forever in standstill. But one day, the time when the Infinity Crystal began to recover and slowly shined. The will of mother earth has separated the Infinity Crystal into 5 parts and moved them around the world. People once again light up. Each Crystal piece gradually restores life around it. Five kingdoms were formed and people called the energy crystal in the sky the Crystals of Life.

However, humans discovered when the Crystal mixed with the blood of ancient warriors, it will become the Devil Gem. Those who exposed to the Devil Gem will gain destructive power. From here, with ambition and malice emerged again, the five kingdoms including Akain, Urk, Zen, Thanatos and Hestia all started war to take Crystals of Life as well as hunt down the Devil Gem. 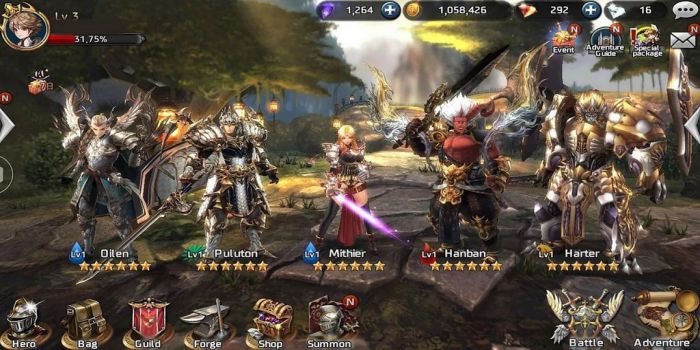 Entering the world of Ceres M, you will play Tommy, a knight in the Akain kingdom. On the way to retrieve the Devil Gem stolen by Urk forces, Tommy was suddenly betrayed by the commander-in-chief Pluton. When the Devil Gem was found again, Pluton took it upon himself and killed the soldiers under his command to destroy it. Tommy was lucky to escape, but Pluton said him a traitor.

From here, to find out the truth behind Pluton’s treason as well as regain his honor, Tommy will begin the adventure, meet and gradually reveal the big plot.

Throughout the journey, you will be directly involved in the world of passionate medieval magic. In the game, you have to learn the resentment of 5 kingdoms, meet new teammates. Moreover, you are an important link in the story of each character.

In fact, the name of the Ceres M’s home version is “The tale of Five Kingdoms”. Although most gamers always skip game story scenes on mobile but Ceres M has a very unique storyline. We recommend that you should learn about it.

In Ceres M, the gameplay is considered quite attractive and new. It brings gamers the creative way to play the game. The developer call this unique gameplay feature is Time Stop. It combines the advantages and corrects weaknesses in the current strategy games. This creates a sophisticated way of combining Real-time and Turn Base.

You can simply understand that your 5-warriors squad will automatically fight. You can still timing your skills like in other real-time games. However, when you use Time Stop, all ongoing activities will stop and you are free to arrange actions or strategies for the next step. Your arrangements will be executed after Time Stop ends. This is very useful. You will have enough time to arrange the correct combos or tactical moves without being blocked by the enemy.

In other real-time fighting games, it will be difficult for you to make a combo such as controlling the champion to run behind the enemy (attract the attention of the enemy and the bullet line to limit damage to teammates). Clergymen buffs, wizards or archers move to a nice position to deal damage at the same time. So, it needs to be quick, accurate as well as requires gamers more concentrated. The turn-based games take a lot of time for each hero to wait for the turn and also cannot let the team move at the same time. Because Time Stop is so dangerous, it will consume strategy points when you want to use it. Each game, you have only a limited number of strategic points, so using Time Stop is limited. Many matches with buff stats depending on whether the match you choose is offensive or defensive and can be upgraded or not. In addition to the hero collection and equipment, Ceres M also possesses basic game mechanics of a tactical role-playing game such as dungeons mode, boss fight or guild features, arena… Of course, the game provides the diverse tasks / events system for you to collect raw resources. 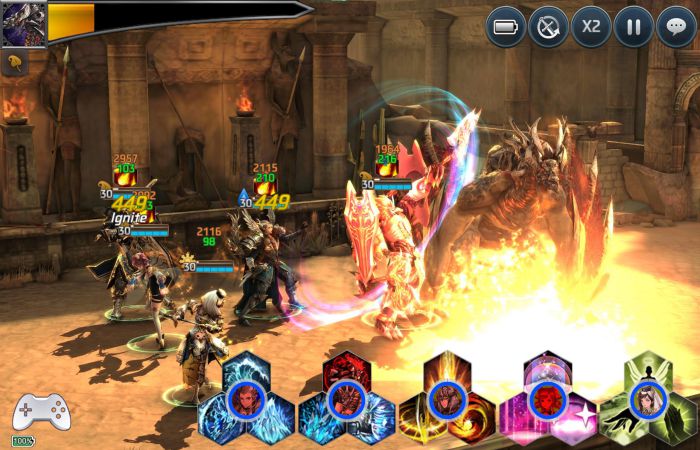 The number of characters of the game is extremely massive and designed very detailed. Each character has unique style and skills. It can be said that character design is a very strong point of Ceres M. They have an ultimate skill, two active skills, an internal skill of the sect, a potential skill that will unlock about after and an unlock skill when equipping Devil Gem. With such skills, controlling five characters at the same time almost always requires the help of auto. The main action of the player is usually just a strategy when using Time Stop. Full manual control is only for difficult battles.

In addition, the developer also designs costumes with many default themes and skins to satisfy gamers. One of the points we were extremely satisfied with at the start of the game was that Ceres M supported reroll for very dedicated gamers. After more than a minute of basic introduction, you will be given free 30 turns x10. Usually, this number is equal to having to create 30 clone accounts for Reroll in similar games. At least with 30 turns, you can earn 2 SR-5* heroes. If you do not satisfy with the reward, you can login with Guest and go to settings then select Reset Guest. You will immediately have 30 more rerolls. Until satisfied, please link the game to your Google or Facebook account to protect the data. Overall, with Ceres M. to get “Dream Team” is not difficult. The problem is how much you upgrade and equip your team.

In addition to the above features, the role-playing game Ceres M also impresses the player in high-quality 3D graphics. Each scene, hero system, Boss is depicted in detail and sharp. Not to mention the cinematic fighting effects, you will be completely absorbed in the dramatic and epic battles.Readers can download the game at the link below. If you have any question about the game, please leave a comment below. Do not forget to visit our website regularly for more interesting games and apps! Thanks and have fun!