Cover Fire is a super shooting game for mobile devices from Genera Games developer. It has exciting gameplay and extremely beautiful 3D graphics, which definitely brings you the best gaming experience. In the game, players will experience the most challenging battles. Because this is an online game so you will meet all the best players around the world. Let’s check it out right now!

In Cover Fire, the story is about an evil force called Tetracorp, which wants to dominate the whole planet. At this time, players will play the role of resistance soldiers to fight and regain peace for humanity. Gamers can possess three main characters, each of which has the unique ability to use different weapons that are suitable for each mission.

In addition, gamers will play a member of the mercenary brigade to join the liberation war for his people. You will lead the army through the destroyed cities, deserts, fields occupied by Tetracorp, defeat all enemies with the massive arsenal that you have never seen in other shooter games.

In the game, your main task is to complete the assigned missions from the brigade’s leader to fight against Tetracorp Corporation. The characters in this game must overcome Stagenya missions by destroying all Enemies. Each level has a different mission. The higher the level is, the harder the task will be.

Besides, there will be 5 to 10 people and both teams will need to try to destroy as many enemies as possible. For Cover Fire, the first impression you see when playing is interesting. Not only is it always forced by the surrounding enemies but also aiming and shooting the target quickly and accurately, which are definitely a big challenge for everyone. If you are not used to playing the TPS game genre, you will need a bit time to get used to its gameplay.

About the battles in Cover Fire

The battles of Cover Fire are extremely stressful. At each stage, you will find three missions, each of which will represent a star. The mission is to complete the stage within 30 seconds, maintain the accuracy of over 70%, complete the game with only 30 bullets, or kill two enemies with a bullet.

However, you need to remember that the weapons will affect much your power. On the Character screen, you can choose the weapons used by each character type. The stronger the weapon you use, the easier to defeat the opponent it will be. On the other hand, to get a new weapon is not as easy as imagined because you need to collect the same number of weapon cards to unlock a new weapon.

The highlights of Cover Fire

As mentioned above, the number of tasks is very large and rich in content such as freely discharging bullets into the crowd with automatic rifles, killing important remote objects with sniper rifles, or simply creating an explosion to distract the enemy to make it easier to steal information…

When entering the game for the first time, you will press a CAMPAIGN to start the mission. Then, you will be selected the first task named NEW MISSION, in which you need to complete some tasks like destroying all opponents, releasing the prisoners, shooting 60 shots to finish the match. As a gift from this mission, you will receive gold coins and random prizes.

Also, after pressing the play button, you will enter the first mission zone, as well as, you will receive a notification about how to play this game, such as moving, shooting, running, jumping, sitting and other functions.

If you can complete three tasks at a level, you will get three stars. The collected stars will be used as a condition for a new stage to open and receive additional in-game rewards.

In addition to playing the third view, the game also gives players a lot of surprises. First, you can see the combat style through Assault characters. This character class is a soldier who directly confronts an enemy. When playing it, you are required to attack quickly and accurately.

For other classes, you can find it as Sniper, who has the ability to accurately target the enemies very well. Besides, gamers have to complete some tasks with Sniper such as making a headshot or killing two enemies at the same time with a bullet. Another character is Rocket Launcher, who has small shoulder-carrying missiles.

In addition, each stage will play a certain character type. At one stage, you can play Assault, while in the next stage, you will be a Sniper to assist Assault from afar.

When entering the game, you will find the campaign mode. Each time you complete a stage in a campaign, a new stage will open, as well as, the opponent you are about to face will become more difficult. As a note, every time you play at a certain stage, a point called energy will be used. However, it can be exhausted and will recover after a certain time.

In addition to campaign mode, Cover Fire has other interesting modes. Until now, you can play skirmish mode and event mode. Both of these modes are not only more difficult than campaign mode but also bring more attractive rewards.

In Skirmish mode, you can test your skills to the highest level. When you choose Skirmish, you will encounter a fast attack with less time. So in that challenge, you will be asked to complete the stage within the required period of time. When you die or run out of time, the game will end in failure. In addition to not receiving medals that need to be collected in exchange for rewards, you will also lose a ticket to play Skirmish. Fortunately, tickets can be received for free the next day. In addition, Skirmish also has three levels of difficulty that you can choose from.

Cover Fire has beautiful 3D graphics with HD definition and realistic gunshot scenes. Indeed, the graphics background is carefully designed in detail. Compared to some FPS games of the same genre, the game’s graphics background is a plus point. Besides, the game has an intuitive control system, creating the most convenient experience. Also, it allows gamers to observe the entire battlefield, target, shoot and eliminate hazards.

Playing Cover Fire, you will feel it is one of the best games this summer. With the interesting gameplay and beautiful graphics with the top-notch bombing and firing scenes, Cover Fire will definitely make gamers excited. In this article, you can download Cover Fire  Apk + Obb Mod VIP Money, Gold with lots of advanced features. If you have any question about the game, please leave a comment below. Do not forget to visit our website regularly for more interesting games and apps! Thanks and have a fun game!

New Chapter XIII: Deep Space!
You have fought in the jungle, in cities devastated by TetraCorp, on oil platforms in the middle of the ocean, in deserts and subway labs. Now, Thrown to the space, your objetive is to arrive at the space station of TetraCorp, hidden behind the moon, and discover the horrible secrets inside. Survive or die. 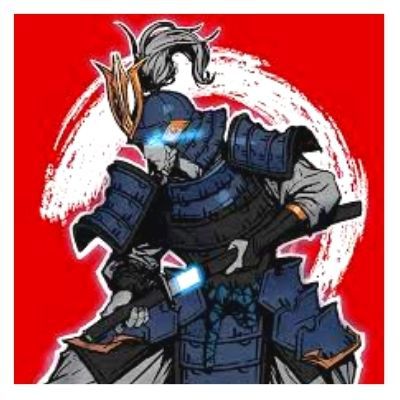 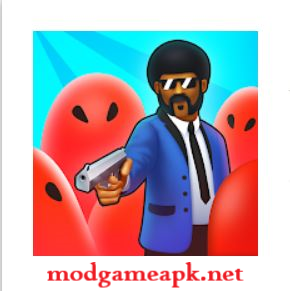