Crossout Mobile is an interesting action-racing game. It is set in the apocalypse with lots of fierce real-time team battles. In the game, the gameplay is quite similar to the first-person shooter games. However, you will control a warrior or a soldier. Instead, players will control combat vehicle that is equipped with heavy weapons. If you love cars but start to get bored of traditional racing games like Asphalt 9 or GRID Autosport, Crossout Mobile is the perfect choice for you. 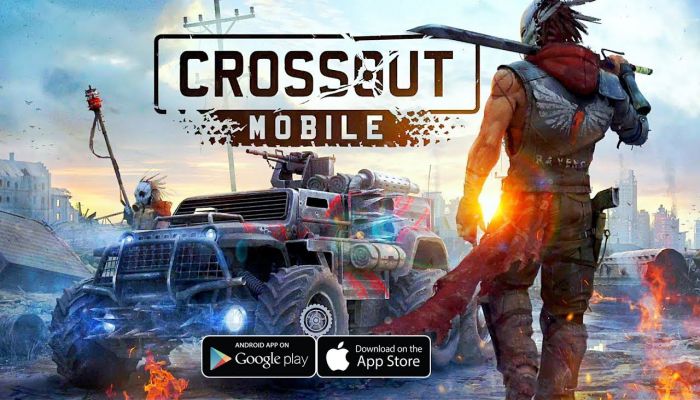 In Crossout Mobile, the way to drive is quite similar to PUBG Mobile. On the left side of your screen, there is a virtual key for you to move the vehicle and a virtual key to shoot. On the right side of the screen, it is a key for you to adjust the camera. For those who play mobile racing games, the gameplay of this game will cause a bit of difficulty for you in the early stages. But you will master it after a few matches.

Besides, the main mode of Crossout Mobile is a real-time 4vs4 PvP arena. To start a match, gamers will be paired with any player in the system. You will form a team to kill all enemies and win. Gamers will focus on firepower, moving wisely and destroying the opponent’s cars. In the match, you can compete with other players around the world. You have to try your best to climb to the top position on the global rankings. 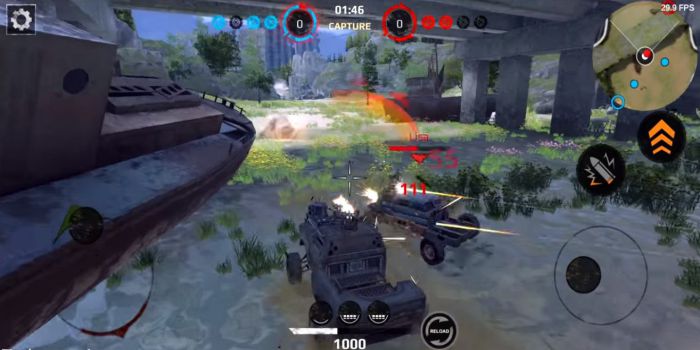 Interestingly, you can damage an opponent’s car by concentrating firepower on the vehicle’s parts. For example, if you shoot at an enemy’s gun, it will be damaged and drop out. Of course, that vehicle cannot attack you anymore. If you shoot all four wheels of the opponent’s vehicle, it will not be able to move and you can freely attack it. But you must be careful because the opponent may do the same to you. So, you should collaborate with teammates and create great tactics in this game.

In the game, there is not a modern or luxurious supercar like Ferrari or BMW. Instead, it looks quite old like cars recycled from scrap yards. However, that is exactly what makes this game so special. The game allows you to use the materials you collected to build your own vehicle. From hundreds of different parts, you can build millions of models without duplicating any other vehicle.

After each match, the game will give you a mysterious chest to unlock equipment or parts. After upgrading the equipment, your vehicle will be stronger, faster and better resistant to enemy attacks. There are many weapons for you to choose from such as mini-guns, rockets, bazookas… 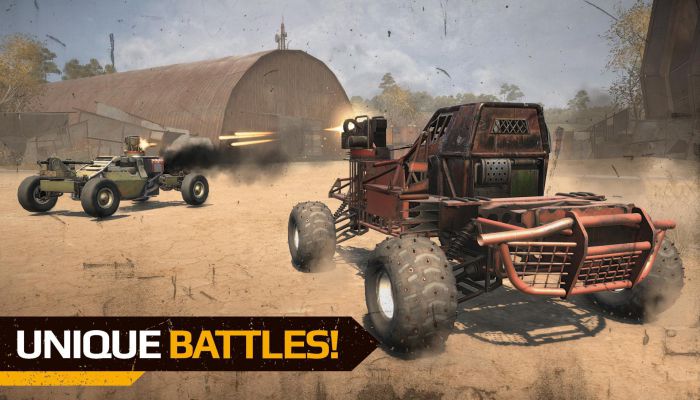 Crossout Mobile’s graphics will surely surprise you. They are as good as other super games on the market like PUBG Mobile. The publisher Gaijin Distribution KFT deserves praise for its stunning image quality, sharp resolution, and realistic in-game environment. You should witness a car being destroyed. Besides, the visual effects help it become more authentic. 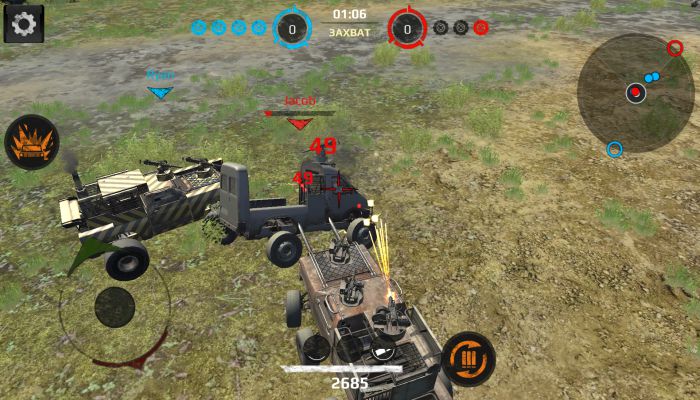 Crossout Mobile has beautiful graphics, great gameplay and many attractive features waiting for you to discover. Currently, the game only supports the Android operating system. Besides, we provide you with the mod version of the game named Cross Out Mobile with more advanced features than the original version. Readers can download it via the link at the end of this article. Thanks and have fun!