Crowd City is Voodoo’s new addictive action game, in which you will be immersed in the bustling crowd on the street. Recently, the game has officially surpassed PUBG MOBILE – the # 1 survival game on mobile phones. At the moment, it is on the top of many app stores’ ranking boards. Let’s together with modgameapk.net to try out Crowd City to see the outstanding features of the game right now! 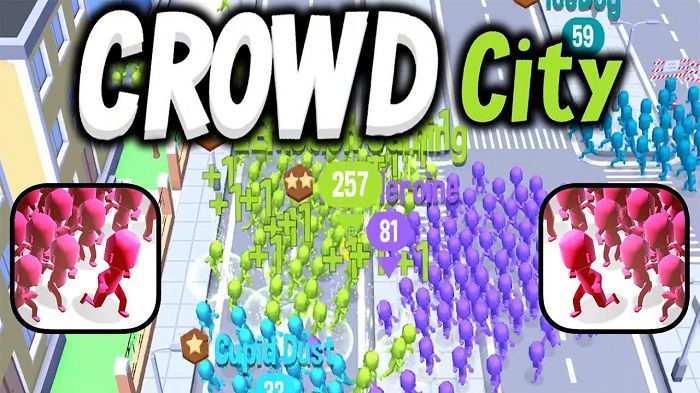 In terms of gameplay, players will divide into different types based on their own colours. The gamers of the same colour can form a team. After that, they will disperse in every small area in the city. What players need to do is finding the people with the same color to combine them into a team. In a match, you and 9 other players together lead a group of people (distinguished by different colours). Each match lasts two minutes. After that period of time, the group with a larger number of people will win. In addition, it is also possible to fight against other players in the game, which is also “swallowing” the opponent. The winner will be able to gather the most people. 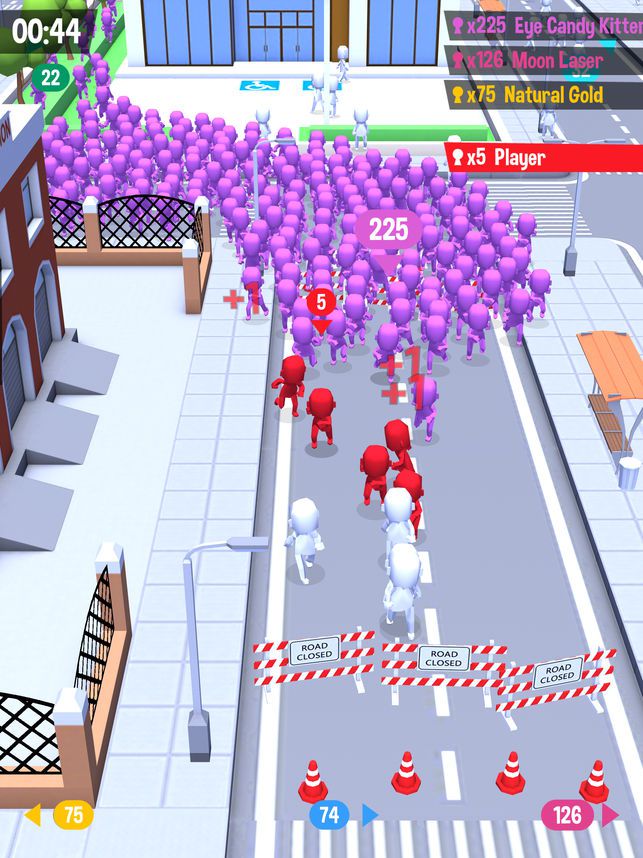 It is true to the name of the game, where you live is a crowded in the bustling city. All are busy with their work. Your task is to lead your team, run and invite more and more people to join.

Crowd City is not a combat action game or any other factor related to violence. You can attract other team members by approaching them. However, you should be careful because if other players have a larger number of members, they can “swallow” all your members. Of course, your game will end. However, you can also steal their people if you move skillfully. In the end, if your number of people is the most, you will win. 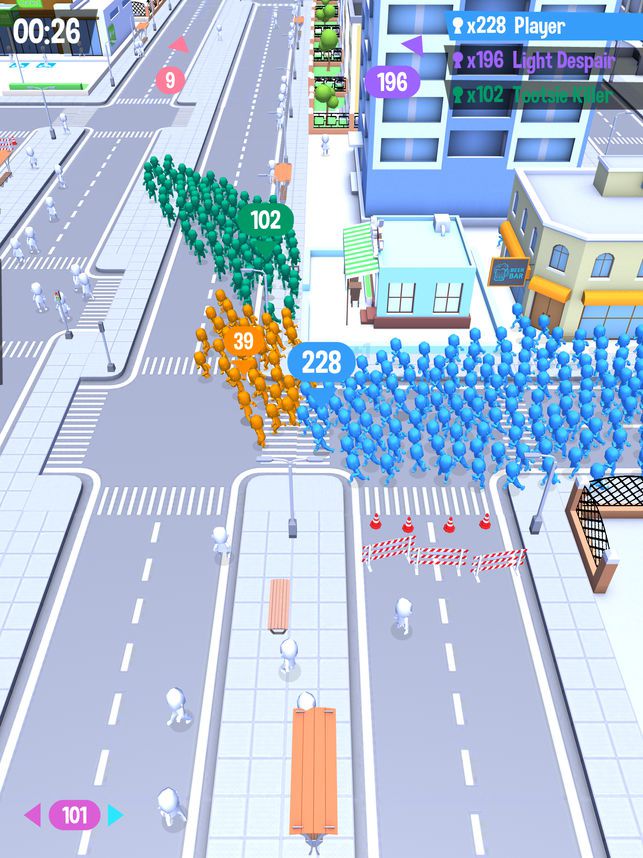 Voodoo games usually have a simple but very interesting control mechanism like Aquapark.io APK MOD or Fire Balls 3D APK MOD. Crowd City is no exception. This game is simple and addictive. In the game, you just need to manipulate the direction of the crowd skillfully to attract as many people as possible. If you move slower than other player, they will attract all the people on the road so you can’t grow your crowd.

The best way to steal all the members of other groups is to put everyone in the corner so they can’t escape. Remember that the more people you have, the harder you will be defeated. 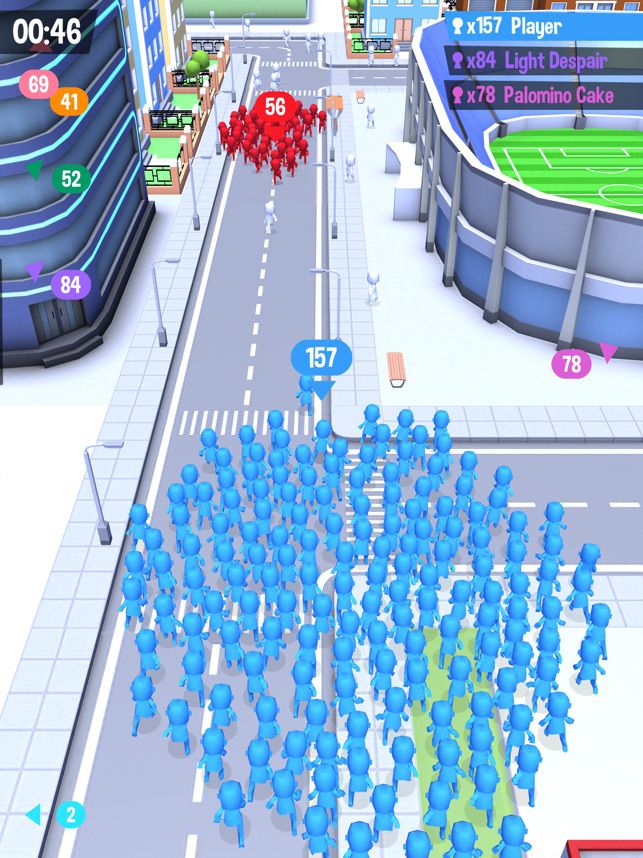 Become a winner and earn lots of stars

The number of Crowd City players around the world is huge. Each time you defeat a group of people and win the # 1 position, you will receive a lot of stars. That stars are used to buy more teammates when you start a new game. The bigger the number of people is, the more advantages you will have.

In addition, the cities in Crowd City are designed with unique 3D graphics. Scenes like trees and houses are quite similar to reality. However, people in the game are the opposite. You can see everyone designed the same, only different in colour. Besides, the sound is very soft and entertaining, which also helps the game more interesting. 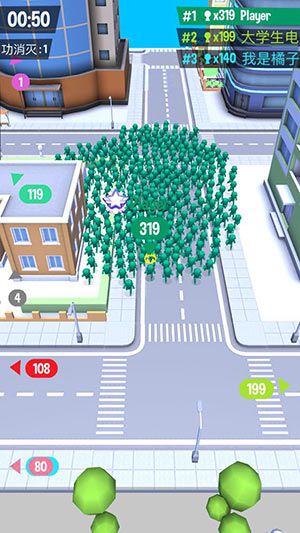 Overall, Crowd City is a great entertainment game with creative gameplay. It has many fascinating challenges and real-time competitions. Each game lasts only 2 minutes, so you can play anytime, anywhere. Remember that your device needs to be connected to the Internet to be able to compete with other players smoothly. Below are 3 versions of the game: Crowd City MOD (Unlocked, Remove Ads), Crowd City (Original APK) and Crowd City for IOS. You can download and experience the version you like. Thanks and have a fun game!