DC Battle Arena APK is an interesting survival game with a new style from the developer Electronic Soul. Specifically, it has a survival game style but it fights in the form of a level and learns skills like MOBA games. At this point, some people may think that DC Battle Arena APK has some similarities with MOBA survival games like Survival Heroes, Fornite… In addition to the interesting gameplay, you have chances to meet the familiar superheroes of DC, such as Superman, Batman, Wonder Woman, Harley Quinn, Green Lantern, Nightwing… 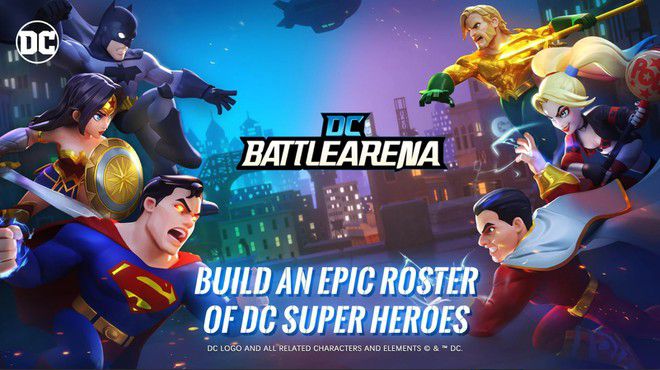 In DC Battle Arena, players will start with choosing one of two characters, Nightwing or Harley Quinn. Currently, the game is in beta so everything is pretty simple. At this point, the game will guide you to the basic operations from moving, using skills, creating combos… After that, you can step into real-time PvP battles.

Instead of starting completely alone on the map, you can have 1 teammate and fight with the other teams. This will be an exciting 2v2v2 arena with strategic choices. In these battles, you just have to calculate the BO circle time and have to farm monsters to level up skills. Unlike traditional mobile MOBA, DC Battle Arena Mobile focuses on a balance in terms of the gameplay where you must team up with your teammates’ skills to win. 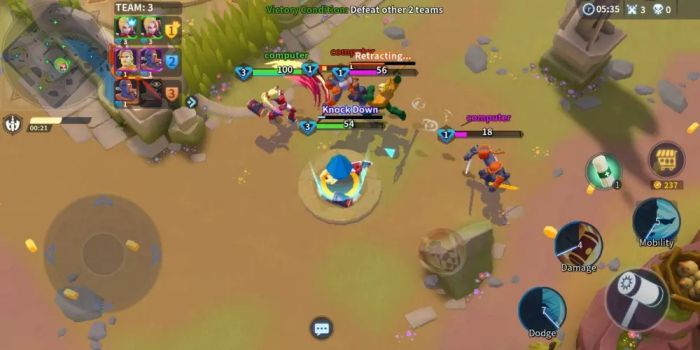 In DC Battle Arena, gamers can experience battles by playing characters like Superman, Batman, Wonder Woman, Harley Quinn, Green Lantern, Nightwing and many more. Each of them has a special skill system. When you fight with each other, there will be special skills. Besides, DC Battle Arena APK has other interesting heroes for you to choose. Also, you can also unlock them with EXP or money that you have earned from the battle. 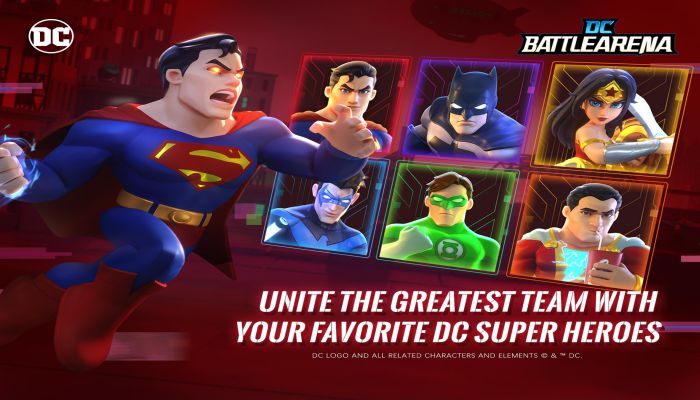 In the game, there are 2 modes for you to choose from, such as Normal and Rank. If you want to play Rank, players will have to play enough battle in the normal mode. Each battle in the DC Battle Arena will take place on a small map with 3 teams of 2vs2vs2. In which, the goal of the player is to destroy the opponent, collecting gold in the match. To have enough condition to be the winner, players can unlock to own other characters in the DC Battle Arena to choose from before entering the battle.

The characteristics of the game DC Battle Arena: 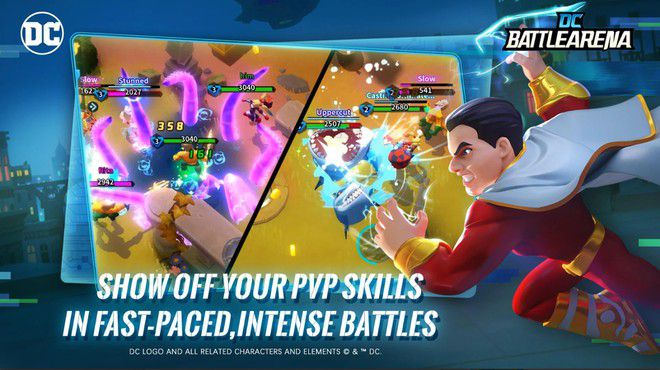 Above is some information we have collected when experiencing DC Battle Arena APK. If you are a loyal fan of DC, you will not want to skip this game. In addition to the above features, DC Battle Arena APK also has a very unique inventory of general skins. They are as good as the famous MOBA games on the market today. Besides, we would like to bring you the modified version of the game with the APK file. It will give you more advanced features than the original version. Readers can download the APK file at the link below.