Dead Trigger 2 is the second version in the zombie game series of publisher Madfinger Games. Like the first part, it is still an endless battle with zombies. However, part 2 gives you something new and more interesting. It can be said that Dead Trigger 2 is the perfect upgrade version because the game has reached the standard in many aspects such as graphics quality, sound. Besides, it is more intensive than the first version.

Extra: Readers may also like Into the Dead 2 APK (MOD Money, Coins). 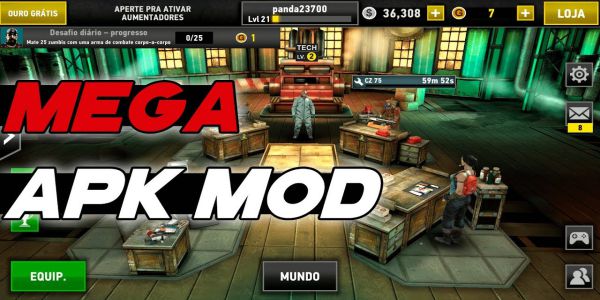 A terrible pandemic occurred worldwide. It turns humanity into living corpses (zombies) and attacks other people to continue spreading germs. The speed of this epidemic spreads so unbelievably fast, which defeated every medical and military facility.

Later on, the zombies produced many new species with tremendous power. Everyone was turned into zombies. There were only a few survivors who hold different roles including Medic, Engineer, Gunsmith Scientist, Smuggler and you – the main character of the game. You and your partners start your journey through 33 countries and 600 scenes to fight zombies, find the cause and cure this global plague. Admittedly, the storytelling of Dead Trigger 2 is great. The game makes you surprised, which completely attracted you.

Dead Trigger 2 is a first-person shooter game combined with many elements such as survival, role-playing, action, horror and zombie. Besides, the large open environments with free play allow you to comfortably move to any location instead of moving along the tracks like most other mobile games. It means that you can play your way, arbitrarily move and take down all the rushing zombies with heavy guns or even using grenades.

Instead of only shooting and killing like other mobile games, Dead Trigger 2 gives you a much more varied gameplay and mission system. Although your main job is still destroying the hideous zombies, the game also requires you to complete some other tasks such as warehouse maintenance or protecting survivors. 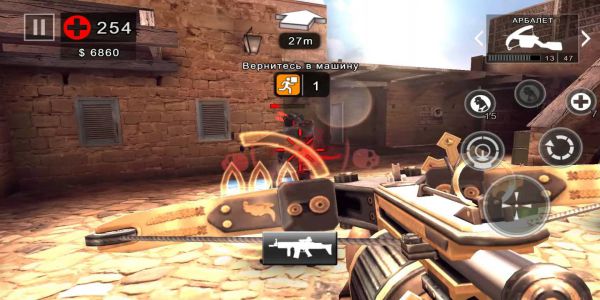 The key features of Dead Trigger 2

Intuitive control mechanism: Dead Trigger 2 is using a great control system. On the left half of the screen, it is responsible for moving. On the right half, it is for the functions of turning the view, aiming and shooting. The game’s mechanics allow you to automatically change bullets right after stop to fire, which makes the gameplay a bit easier. 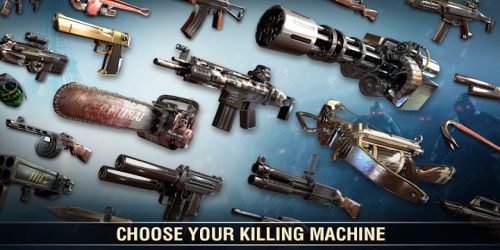 In Dead Trigger 2, the weapons bring different characteristics, the stats, shooting style and ammunition. For example, the Desert Eagle only fired 7 shots and had 3 maximum bullets. However, the fear of this legendary gun is the ability to destroy the target even with just one bullet from afar. For a Shotgun like SPAS, the distance shot is almost impossible, but SPAS shines with strong firing in close range, or the Minigun allows players to use unlimited bullets but with low speed, etc. Similarly, Dead Trigger 2 owns a variety of auxiliary items such as pain relievers, grenades, replacement bullets, timed bombs, etc. They give the players more choices in using guns and items for the best gaming experience.

During the game, you will have the opportunity to upgrade the weapons mentioned above to increase the strength, the number of bullets, range as well as accuracy. Thereby, they increase the chances of surviving. In addition, our main character will also be equipped with some items such as bandages. 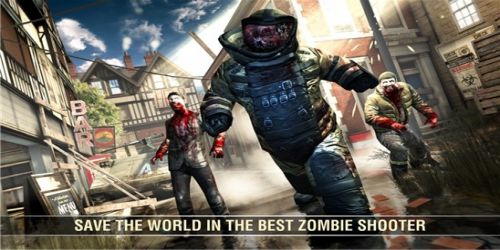 To increase the drama for the game, Dead Trigger 2 adds many types of zombies instead of just normal zombies that you often see in movies. Each zombie boss has special powers which make them very powerful, even they can withstand 5-10 grenades. For example, Rampager is with a big body and flexible movement; Kamikaze always holds a bottle of explosives that can destroy a city; Radioactive Scientist is a mad scientist turned into a zombie, which can suck your blood to become stronger; Vomitron has the ability to vomit chemicals into you; The last of which is Panzer with the skin of a tank that can resist most firepower from your weapon. We recommend you to use the gun because it is the most effective weapon to deal with zombies. It has the ability to take down zombies from a distance, without giving them a chance to get close to you. 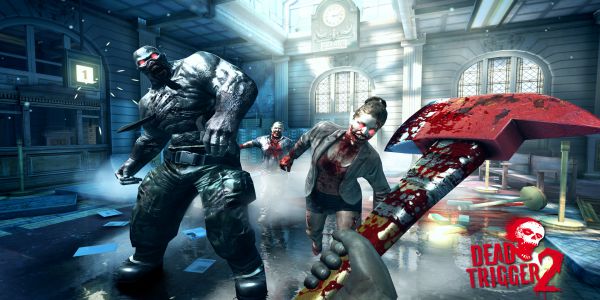 In addition to the main Story mode, you can participate in sniper mode – the place for the best gunners. Many people are in danger when moving to safe areas, in which zombies are high-density. Your mission is to snipe all the zombie hordes to protect innocent people. If you feel that this task is easy and safe, you may be wrong. In this mode, Zombies are moving very fast and your helicopter is constantly moving, so accurate aiming and shooting is an extremely difficult challenge for you.

One of the points that Dead Trigger 2 attracts players is its impressive graphics platform. The game is sleekly designed with high definition, less jagged. Besides, the game runs smoothly on mobile devices, which has made a good impression on a little action game mixed with horror. Moreover, the development team at Madfinger was also very good at arranging the game stages as well as reuse objects with high-quality graphics. Thereby, it makes the size of the game only over 400MB. To run stably on all Android devices, Dead Trigger 2 allows users to set the graphics quality to reduce the load for the hardware platform when needed. 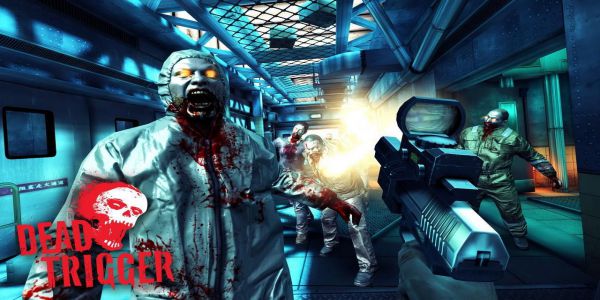 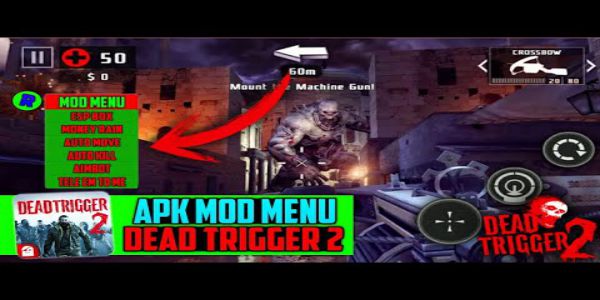 It can be said that, with Dead Trigger 2, Madfinger has somehow redefined how to be a true Android game. The game has rare graphics quality comparable to any other game, as well as an extremely attractive gameplay system. In this post, Game Apk gives players the modified version of the game named Dead Trigger 2 Apk Mod (Mega Mod). It has lots of interesting features that will help players have the best gaming experience.