Defense Zone 3 Ultra HD is a tower defense game for PC and Mobile from ARTEM KOTOV developer. The game includes a lot of firepower turrets to kill all enemies. Besides, there are many majestic landscapes and special defense strategies for players to explore. Defense Zone 3 HD still keeps the typical gameplay of the defensive game. However, the languages, weapons and gameplay are more diverse, which attracts a lot of players. Defense Zone 3 HD APK MOD can be said to be one of the best fighting and entertainment game on the market. Let’s check it out right below! 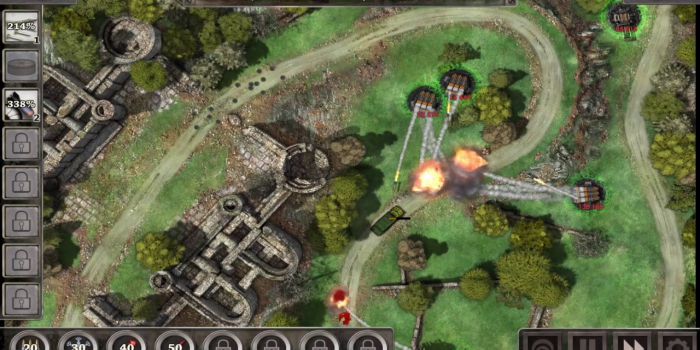 In Defense Zone 3 Ultra HD, you will transform into a talented military commander. Your task is to place turrets in defensive blocks to stop and kill the enemy. In the game, there are a lot of enemies rushing to your defense system. In which, you have to destroy them quickly. Otherwise, they will be stronger and more aggressive, which makes it more difficult to kill them. Each time you complete a given mission, you will earn money corresponding to the difficulty level of that task. You can use this money to upgrade your turret firepower indicators.

In addition to using turrets, players can also use a lot of new weapons in the store. It depends entirely on how the player will use the money. The turrets have different shooting speeds and damage, so players have to arrange them appropriately. At the beginning of the game, the turrets will appear with small damage. But they will increase gradually. The only way to win is to have a proper strategy, arrangement, and firepower upgrades. 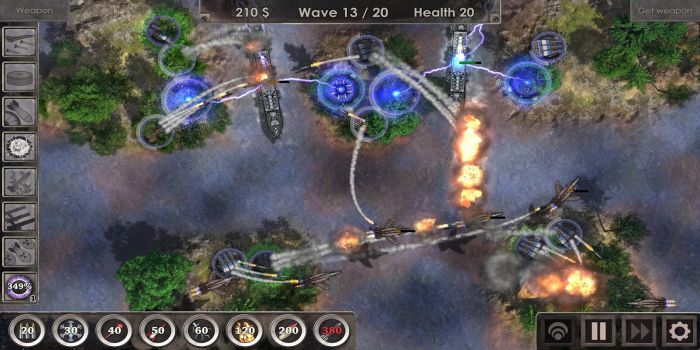 An abundant weapons system: In the game, you will possess all of the turrets. In which, there are 8 types of turrets with different firepower and defensive ranges. In addition, you can also have support from air strikes or nuclear bombs. These items will help you clean the way quickly. However, it won’t be easy to get it. You need to fight to get them or use the money to buy them. Their price is also not cheap.

Freely shopping and upgrading: You absolutely have the right to decide how to spend your budget such as buying a new weapon or upgrading the existing one. The turrets are all different in attack range, fire rate, and damage indicators. The only way to win is to combine them so that they can support and strengthen each other. 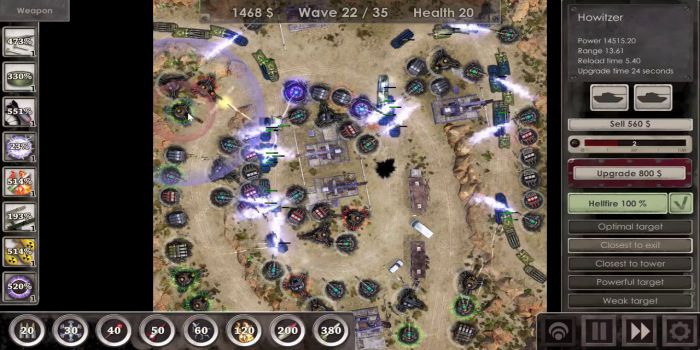 In addition, there are 4 levels of Defense Zone 3 Ultra HD in difficulty and flexible settings that allow all players to achieve the most exciting experience. If you are a new player, you can easily play and get ready for big battles.

An abundant and beautiful map: Defense Zone 3 Ultra HD maps are meticulously designed with endless tactical options. Thanks to beautiful and detailed terrain, and great towers with amazing effects, it makes the players not take their eyes off the mobile screen.

All aspects of the game are well-balanced, including tower statistics, enemy power, terrains, and special weapons. You will always be interested in the game. Every level is a real challenge for you.

The game has great graphics design to bring the best gaming experience to the players. Defense Zone 3 Utra HD  with Ultra HD quality of 4 times HD definition. In the game, everything is meticulously designed, especially the turrets produced in detail. Besides, the ambient environment was also designed very well making the game more realistic. 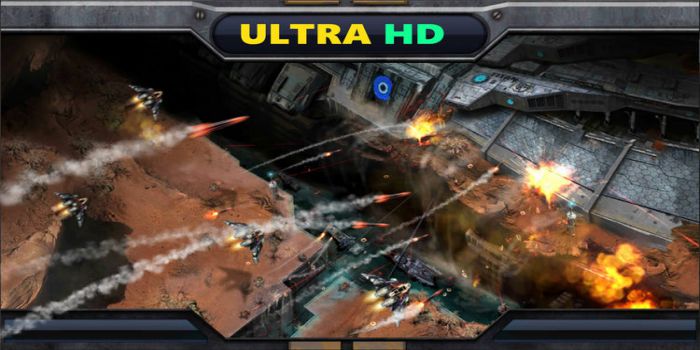 It can be said Defense Zone 3 HD control system is very intuitive and easy to use. In the game, all the features, items and turret towers are displayed on the screen. Players can set their position in the Menu section as their preferences and playing style. In addition, in the training section, players will also be guided to use and control the items and turrets in the most reasonable and effective way. 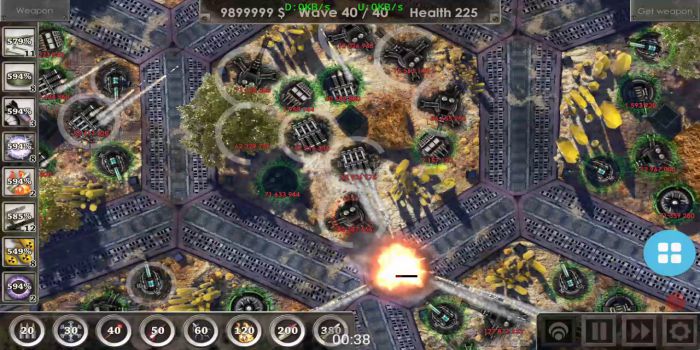 In order to bring more fun and exciting moments to the players, we would like to provide the player with versions of Defense Zone 3 in this post. It is Defense Zone 3 Ul HD APK MOD (UnlimitedMoney/Heath & Ad-Free). Gamers can click on the link below to choose the most appropriate version for them. Please see the requirement and key features of the MOD APK version below:

Defense Zone 3 Ultra HD is an extremely suitable game for those who are passionate about strategy games. With beautiful graphics and attractive gameplay that is constantly changing, the game will make players interested. Let’s download and enjoy the game right now!