Referring to childhood, everyone has ever known, read through or even crazed the comics with the cute cat Doraemon. This machine cat is the inspiration of many movie and game makers in the world. Recently, a strange game studio called Nextjoy has launched its first mobile game called Doraemon Kart. It quickly created a great affection for the gaming community. Even though it is a new game in general, Doraemon Kart is still a game with a specific style for fans of the Doraemon comics. 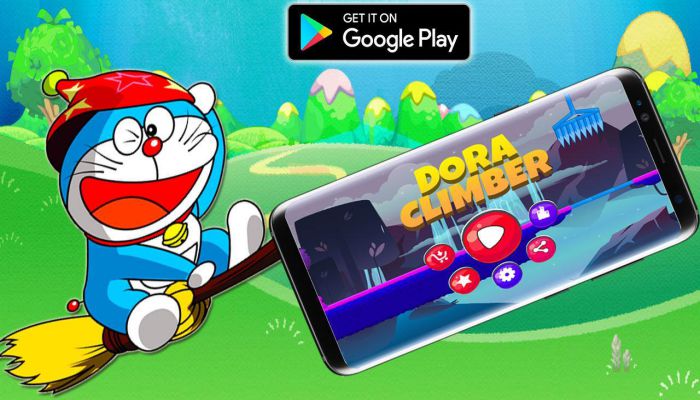 Doraemon Kart has similar gameplay to Mario Kart when gamers will control familiar characters in the comic series such as Doraemon, Nobita, Jaian, Shizuka, Suneo … They will drive and make a cool race. Of course, to increase the dramatic part, gamers will have to pick up the ‘treasures’ on the road. They will help you a lot during the race, such as accelerating, shooting down enemies…

To win the game, players need good enough driving skills, take advantage of the terrain and have the ability to make opponents surprised. Doraemon Kart brings a lot of equipment, especially canon vehicles. They will make gamers more fun. 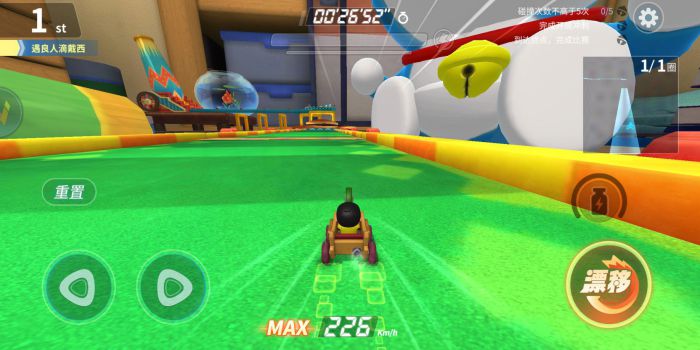 In each race, gamers will have the opportunity to pick up the gadgets. If you are a fan of Doraemon, you will understand their features. Each item has a different use, such as shooting down enemies, turning an opponent’s vehicle into a tiny one, increasing speed and more. Also, the diamonds are scattered along the way, which you need to drive through them and collect. You have to use it properly. Be careful with the treasures are located near obstacles. If you touch the obstacle, you will lose the game.

It can be said that putting the familiar gadgets in the story into the game makes players more interested. It’s like joining a racing game while playing a role-playing action game. In Doraemon Kart, the items collection is more diverse than other games of the same genre, like Asphalt or Climb Racing. They do not repeat but always innovate after each game screen, which is what will make you cannot take your eyes off this game. 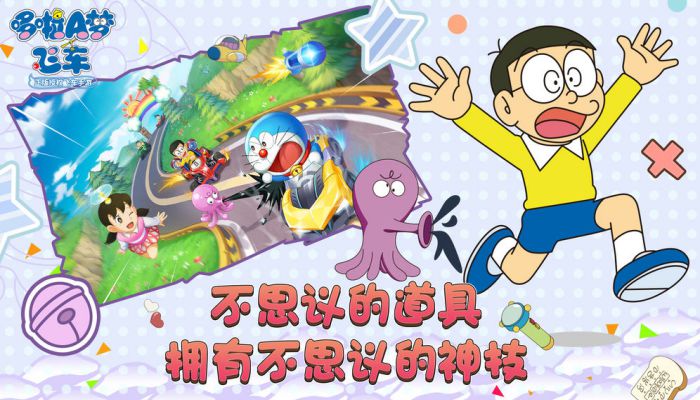 In addition to the above features, the game also has bright graphics, nice manga design, realistic simulation of the main characters. Also, the game provides beautiful voiceover, reminding us of our childhood memories. It is also a strong point of Doraemon Kart, which will help this game conquers many different players. Currently, Doraemon Kart has not been officially released on CH Play, but you can still download Doraemon Kart APK (Chinese) to play and wait for the global version.