After more than 2 years of the first information about the Durango project: Wild Lands, NPH Nexon has decided to release an international version in the middle of May 2019. Previously, Durango: Wild Lands passed through a lot of tests as well as released in Korea. So Durango: Wild Lands can be said as one of the most long-term development game. In return, this is a survival game that is highly appreciated by the gaming community due to intensive gameplay and a lot of exciting community interacting features. 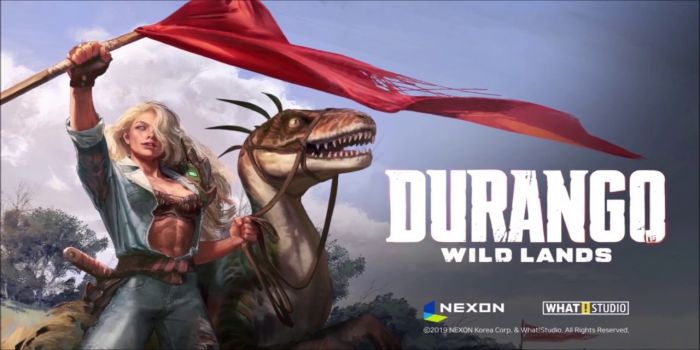 The game begins with a scene on an accident train, in which all passengers on board were taken to an ancient world called Durango. Here, people have to forget their lives in the modern world and try their best for surviving.

With the context of a wild world of ancient prehistoric times, players will play as people who are living and doing everything to survive. In the game, your task is to explore unknown lands, confront many different species of terrorists and build a new civilization.

In addition, gamers will start the game with 16 characters and 11 key skills to support survival. Each player will have a separate task in the game. 11 key skills are divided into categories including Building houses, survival instincts, gathering, making weapons, melee, archers, defences, harvesting corpses, cooking, making clothes and growing crops. Players can learn all these abilities. 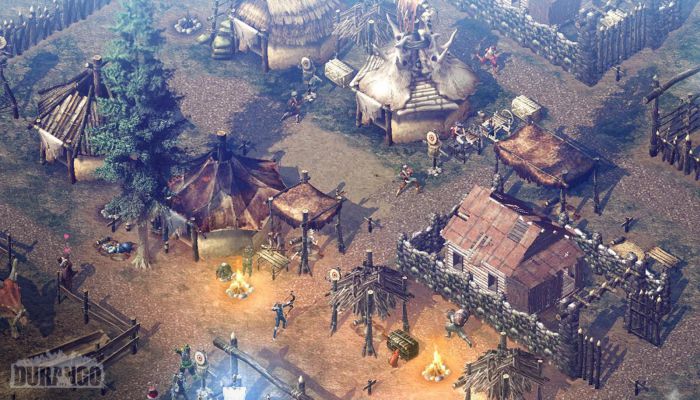 Durango has a wide open-world space, which is constantly developing to help players always learn and exploit the potential of the game such as making materials, cooking, farming, sewing, gathering and even domesticated wild dinosaurs for a prosperous civilization. With Durango, you will feel like you are playing a hardcore PC game on mobile.

The combat control mode is started with the left joystick scroll key and the right skills for attacking. There is also an automatic battle mode for hands-free mode. Based on the equipped weapon and the skills you have chosen, it will come with its own way of fighting.

MMO Online is a great feature that allows you to create clans, collaborate partnerships and establish large villages. Besides, you can play online and compete against other players from different races for hunting big dinosaurs in Raid Island and taking part in PvP battles or clan war. Moreover, gamers can discover and conquer the Savage islands to collect more resources and fight against the enemy to rule the world.

In Durango: Wild Lands, graphics are developed very authentically. In which, the scene has dark hardcore colours. The texture is designed to be simple, dominant in black and white. The number of animals, as well as the dinosaurs, is very large and diverse with many sizes and colours. You can win and ride all kinds of animals in the game.

In addition, the sound system of the game is very impressive with lively ambient and animals’ sounds.

The requirements for the mobile device:

Note: You can play the game without granting these permissions. 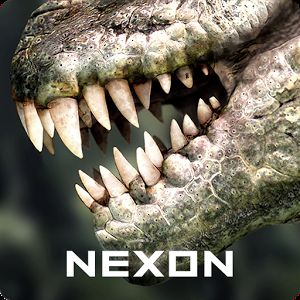 It can be said Durango is a completely new and attractive mobile MMORPG game from Nexon producer. With new gameplay that is different from the current role-playing game, Durango: Wild Lands has attracted a lot of players around the world. If you want to play the original version of the game, you can access Google Play above. In addition, modgameapk.net gives you Durango: Wild Lands v4.8.0+1908231726 APK MOD (Unlocked) with extremely interesting modified features. Let’s download and enjoy the game right now!