Epic Souls is a new fighting game from XQ GAMES from Korea. After the trial period in Korea, gamers around the world have officially experienced the International version of this game in September. Epic Souls is one of the most popular fighting card games, which is expected worldwide. It is a great combination among role-playing elements, cards and tactics.

Epic Souls Mobile will focus on the story in the fantasy world Plotia. All the souls of the characters exist in legends such as Greek gods like Hades, Persephone or Cinderella. Players will now play one of those souls and begin their adventure against the evil. 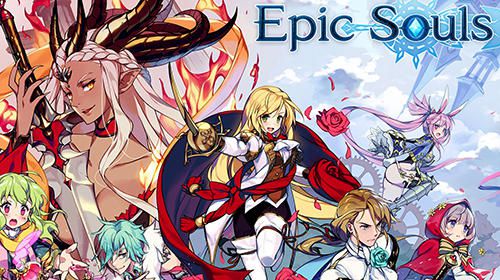 Epic Souls Mobile will bring to you the familiar combat role-playing game. In the game, the battles mostly take place in the form of dungeon conquering and moving lock with support for auto skills and extremely smart fighting. Before officially entering the real battle, players need to increase the power of their characters by fully equipping the items, enhancing equipment, improving attributes… When gathered 5 people, the player is the talented leader, who leads his team into the mortal battle with the enemy. By classifying the elemental system, using active skills at the right time, arranging the formation… you can defeat the opponent.

Besides, the fighting style of the game focuses on RPG (Real-Time RPG), so the battles will now be very hard. Most of the mobile RPG games choose turn-based for gamers to easily get acquainted and understand. However, with Epic Souls, this mechanism pushes the pace of the game and makes it stressful, as well as creating authentic battle feelings. In the battle, your job right is to pay attention to the HP and the number of enemies around to make quick decisions, choosing the right commands to execute your team’s moves. 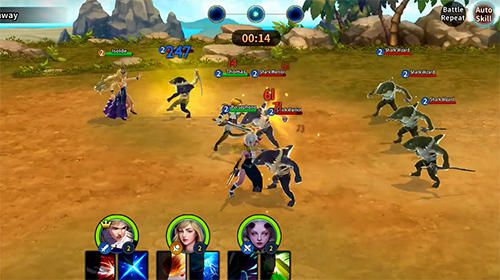 Each character in your team will be able to use 2 skills. The skill system is divided into many types including physical damage skills, wide range magic skills, healing buff skills, boost the power or support moves to debuff the opponent.

Besides, each of the wizards possesses a particular weapon, such as a sword, magic stick or archer, etc. Each of them has unique characteristics, which can be good or bad when fight with other weapons. Also, the game has many types of boos, which has different features that you have to choose the right skills and weapon to win. You can upgrade your weapons based on the strengthening stones in the game. Of course, their drop rate is quite low which requires you to be patient. There is still a way for you to get but have to use teamwork skills effectively to win the optimal score in the game. It will increase the drop rate of valuable items for you and the characters.

In addition, the in-game store also has all the items you need. They help you strengthen your characters and boost your game progress. You can use real money to buy some required items. When completed the mission, you will receive good support items during the training of generals, level-up for stronger characters. Your achievement points are also determined by completing and receiving achievements. Besides, your equipment also tells something about you and your skill. 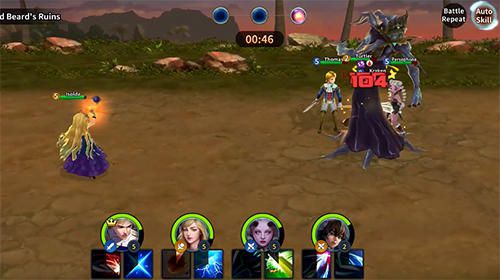 Epic Souls has an extremely massive and epic system of generals. You will almost be overwhelmed with diverse beautiful and powerful wizards waiting for you to summon. Looking through the character design, gamers will be very interested in. Each character’s design is meticulous and detailed. Certainly, you will not want to miss anyone. When summoning a champion or owning a certain champion, you should check the power information, weapon attribute system of the characters.

In addition, the game has a very interesting feature that is spinning for a new character. It will cost you a lot of diamonds to be able to spin high-end cards. The rate of getting stronger characters will be higher if you choose to spin 10 cards at once. Besides, it will take you a little bit long time for you to do the next free spin. If you want to shoot for free, you need to be patient.

Epic Souls has great graphics, which will make you love right at first sight. It has beautiful 3D graphics with harmonious character and background design. Besides, the game also has smooth movement and lively sound effects, ensuring to give players a great fighting experience. In parallel with the form of PVE and boss fights, Epic Souls also supports PVP mode for players to compete. 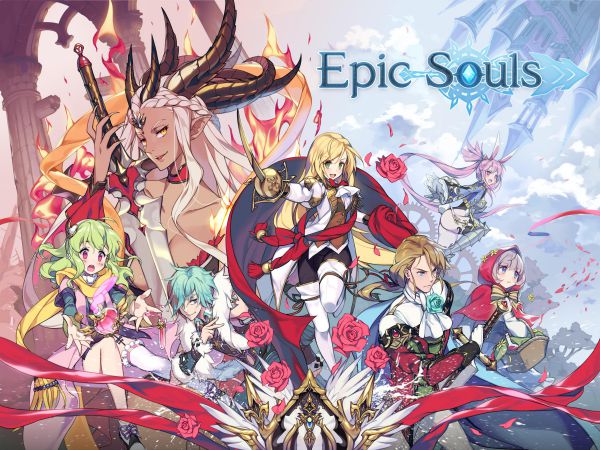 Because Epic Souls is a new game, the developer launches a lot of events to attract players. When you download games to your mobile device, the screen is full of event. They take place daily, weekly and certainly you should not miss them. When you join the event, you will have the opportunity to receive many valuable rewards from the game and in real life. Please see the link below for more information about the in-game events:

Overall, Epic Souls is the best and most attractive fighting card game. With the interesting gameplay and diverse heroes system and great graphics, Epic Souls will bring gamers the best experience in 2019. We will update you everything about the game in the Tip & Trick section. If you have any question about the game, please leave  a comment below. Do not forget to visit our website regularly for more interesting games and apps! Thanks and have fun!