Figure Fantasy is an extremely interesting idle role-playing game on the mobile platform. This is also considered the first 3D character design idle game. In the game, players will become the owners of beautiful dolls. You can customize, participate in combat and perform many exciting missions. With diverse and unique gameplay and top-notch graphics, Figure Fantasy will bring you exciting moments. Please join us to find out more about the game in this article! 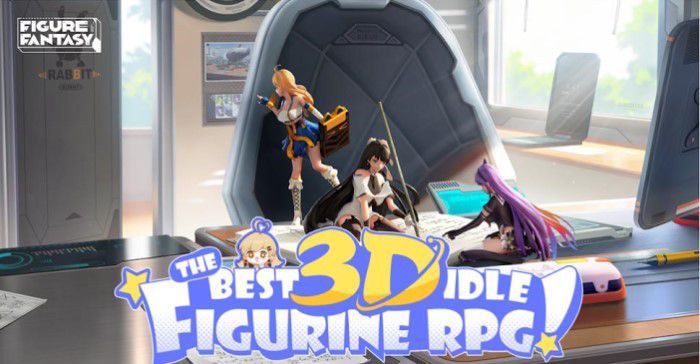 In an unknown house in the bustling city of Tokyo, lovely dolls are moving. However, they cannot let the owners of the house or people know about their abilities. In the game, players will be their Master, who controls, monitors and arranges everything in their life cycle. In that house, the biggest enemy of the army of dolls is the fat cat. However, these dolls want to go everywhere. Outside the big world, many dangers are always lurking. Players will have to overcome all these dolls. Show your leadership now!

First, players need to collect characters. You can get new characters through fighting and receiving gifts, opening cards, or participating in events that the game offers. Next, you will build a squad of 6 characters. In this feature, the player should keep a balance between the lines. In my opinion, you should choose 3 melee characters, 2 ranged characters and 1 auxiliary character. After you have a satisfactory lineup, let’s fight right away and win interesting rewards. In addition, players can also collect more characters and change their position in the battle formation to maximize their power. 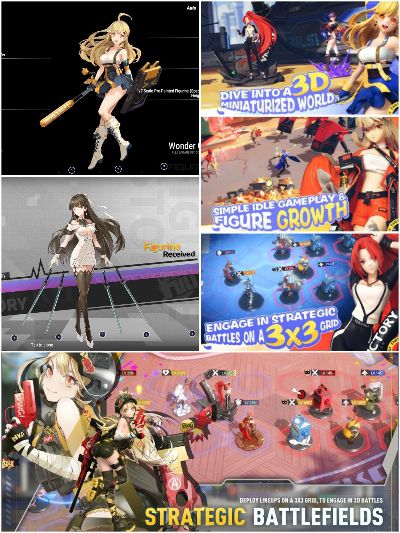 – Enjoying great music and lively dance from the characters: In Figure Fantasy, players can relax by watching short videos or your characters’ dance and listening to music. The music is carefully selected, giving players the most comfortable atmosphere.

– Graphics options: Starting the game, you can customize the quality of the graphics and the language of the character. Specifically, if your playing device is in the mid-range or low range, you should choose the HD level. If your mate’s device is high, you can tweak the graphics to Perfect. Players can also choose the language of the characters including English and Japanese. This will be quite difficult for players who do not belong to English or Japanese-speaking country groups. However, the principle of the game is quite simple so I think you can grasp it easily.

– Quests and progression: Figure Fantasy features chapter-based gameplay. It is quite similar to the fighting principle of some games like Idle Mafia or Undead World. After each chapter, you will discover more new locations and many new characters and quests.

– Otaku Zone: This can be seen as your home. You can customize and decorate it as you like.

In this article, modgameapk.net would like to bring gamers the APK file of the game Figure Fantasy for free on Android. Readers can download it at the following link. If you have any questions about this game, feel free to leave a comment in this article. Thanks and have fun!