Forsaken World is a popular fantasy action MMORPG for PC from Perfect World Entertainment developer. It has been more and more popular. This is one of the few favourite large-scale games in the world. It has attractive contents, unique gameplay and beautiful graphics. Accordingly, a mobile version, Forsaken World: Gods and Demons was launched at the 2019 ChinaJoy event. It has immediately attracted many players.

Although Perfect World Entertainment brought a demo version of Forsaken World during the ChinaJoy 2019 event, only some posts on the social network and blog posted this information. This makes gamers curious. Actually, Forsaken World is a remake of the original on PC, which is not the sequel or prequel. In the game, all the maps and factions will be preserved. However, the image quality is significantly improved. The graphics and many new features are very nice. It promises to be very successful in the future. 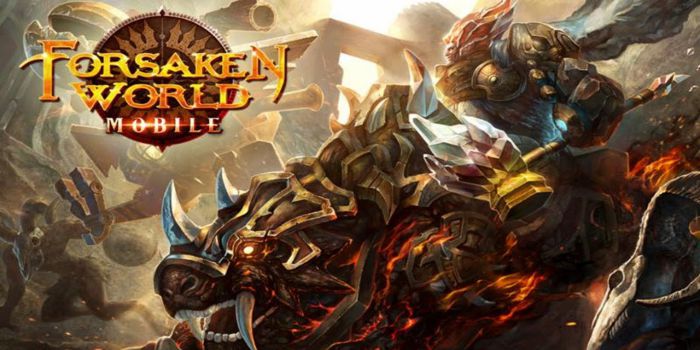 Forsaken World: Gods and Demons was built based on the legend of land called Oeste. One day, an unknown demon boss invaded this land. With its power, it separated Oeste into 7 different lands including Greenmirror Banks, New Oslor, Sky City, Astral Ode, Capital of Glory, Echo Desert and Eversong Grassland. In this war, you will play as a hero, who has to control your character to fight and defeat the evil force for unifying Oeste and restore the order. In addition to fighting over the battlefield, the game also incorporates PvP and PvE modes for players to challenge their friends. Besides, the game provides daily quests for gamers to receive additional rewards. It is like an RPG game, Forsaken World: Gods and Demons allows players to purchase upgraded items and equipment. 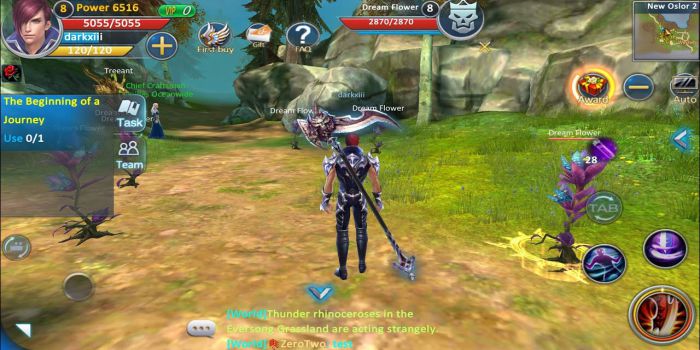 Similar to the PC version, the mobile version will also maintain 5 typical character classes including Warrior, Assassin, Kindred, Mage and Cleric. Each elaborately shaped character shows meticulous detail in the designs. It has certain differences in its attribute index, skills, strengths and weaknesses. Players can find them out from the stage of character selection before entering the world of Forsaken World Mobile.

In addition, players can hunt and train extremely special animals, making them into mounts and contribute the main character’s indicators. 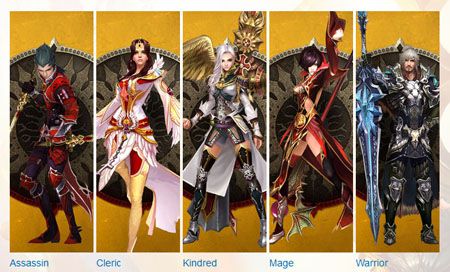 In Forsaken World: Gods and Demons, the equipment and weapons systems are completely taken from the PC version with armour, swords, spears… and other weapons. Besides, you will get a certain amount of gold after every match. Gamers can use gold to upgrade weapons and equipment for more power. It is very important that you have to choose a weapon that suits your character class. For example, if you use Assassin, you should equip with the attacking equipment to defeat the opponent quickly; For the Warrior class, have to should equip your character with defence equipment for surviving the longest in the battle. In addition, you have to collect different types of equipment, upgrade them and create skills with great damage. 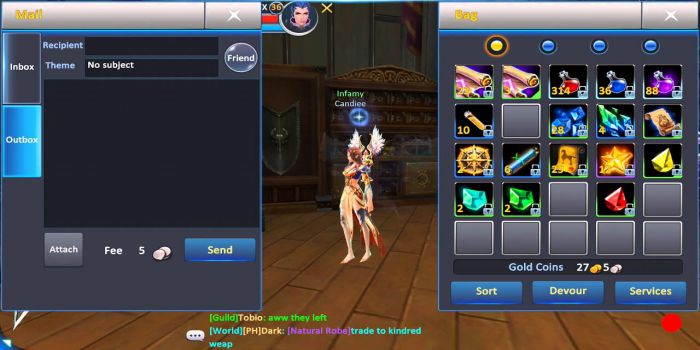 In this mobile version, a new underground area appears, it is called Dungeons. This is an underground kingdom without sunlight. In which, there are many kinds of creatures and races with very strong power. It can be seen that the creature designs are based on hell, death and corpses. Entering Dungeons, you can see the pure darkness. When you go deeper into it, you will face the dangerous Bosses with tremendous power. You are assured that the game will give you 300 levels and many different Bosses to challenge your ability. After defeating them, you will have the opportunity to receive more equipment and power items. 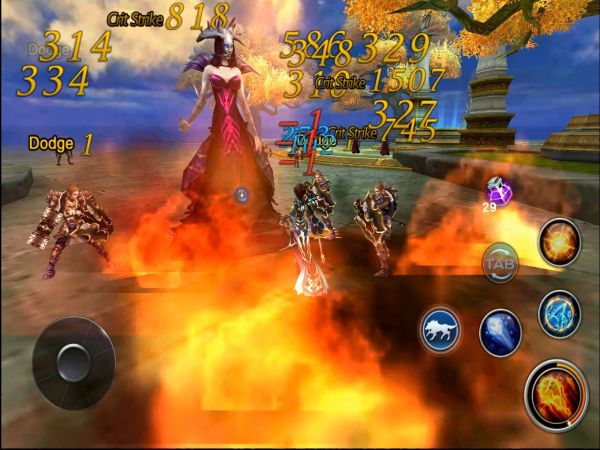 Team up to play online

Forsaken World: Gods and Demons features real-time team mode, allowing players to team up with online friends to participate in boss battles. According to many gamers, Forsaken World Mobile has a quite complex task system which requires to be done throughout. Gamers need to study instead of skimming. 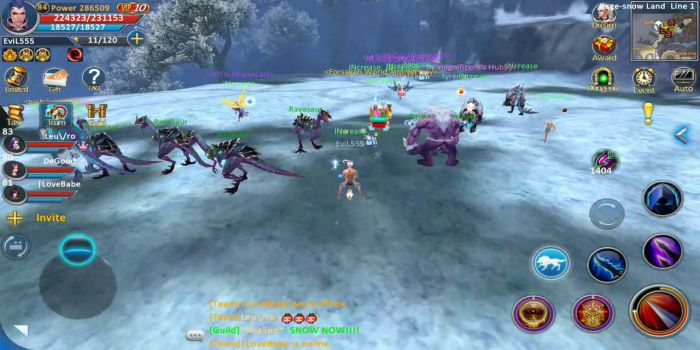 With the great power of the AngenlicaES engine developed and researched by Perfect World, Forsaken World: Gods and Demons has sharp and seamless images throughout the game. Besides, the game has complex shadow effects, wide-open landscapes and many magnificent tower architectures in Western style. Also, the part of character creation shows the big investment from costumes, character forms to the details. Everything is beautiful.

Above is all the information that modgameapk.net collected about the blockbuster game since 2019, Forsaken World: Gods and Demons. Although the game has just released the demo in the past ChinaJoy 2019 event, it is enough for us to wait for the official launch. Readers can donwload it at the link below. Do not forget to follow our page regularly to update the latest information! Thanks and have fun!

Forsaken World: Gods and Demons APK_v2.3.0
Download
Recommended for You