How to play Head Ball 2

First, you have to choose a player to control like role-playing games. The name of the game also says it all that you have to use your head to score a goal. The players are designed in a crazy style. They have only a big head is connected to the shoes without the body but it is enough to perform the basic operations of a player. You will feel very funny when you see players like Messi, Ronaldo in this form. This design is really different from superstars in real life.

Besides, the operation of Head Ball 2 is also very simple. This may be the first soccer game that you don’t need to use buttons like kick, pass… When the ball comes in, you just need to control the player to touch the ball. It will fly back. You can do that until the ball flies into the opponent’s goal. At this point, you will be counted one point. If one of the two players scores three goals, that person is the winner. Each match lasts only 10 seconds. During the match, nobody scores then that match will count as a draw. 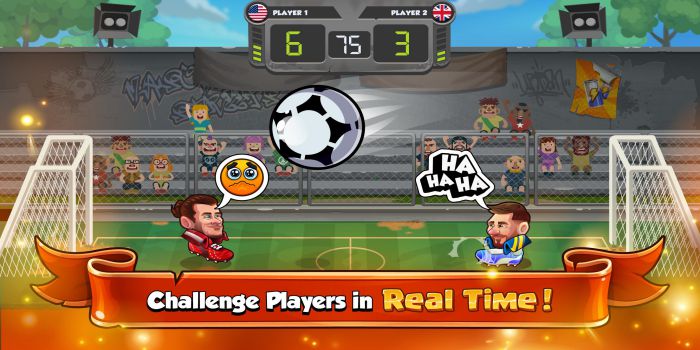 Head Ball 2 has 2 content for you to unlock including character and the stadium. Head Ball 2 has a lot of different players, so you can unlock your favourite ones by collecting their cards. Moreover, these players also have special skills. For example, players can transform into a giant in a few seconds, freeze opponents or turn into a lion… You can explore 18 different superpowers in this game. Unlocking and upgrading these skills to become stronger.

In addition to unlocking players, players also unlock new stadiums. Gamers will receive the support of the majority of fans when winning the matches and unlocking 10 stadiums to start the journey of conquering the glory. After that, you can open card packs to collect characters and accessories. You will always be surprised because you don’t know what the next card will be. 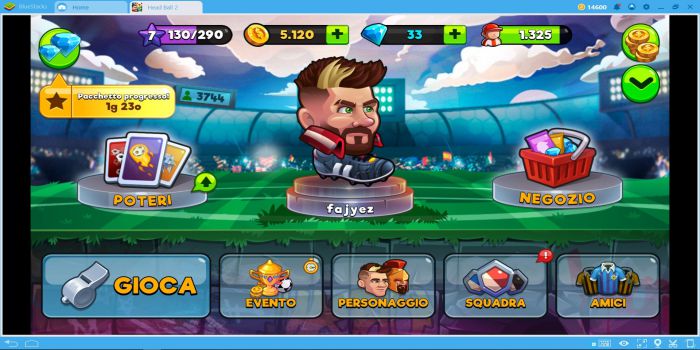 I am quite impressed with the design of this game when it has a completely different design from other football games. The players are designed in a special style. This is an interesting point in the game. Also, you can feel the heat of the stadium with the lighting system and the audience. Moreover, the game also allows you to invite friends to challenge by connecting to your Facebook account. 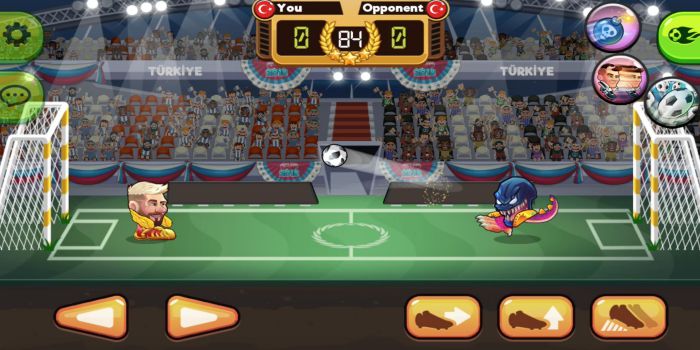 Overall, I find this game fun, entertaining and not time-consuming. The game requires ingenuity and sense of the player. You will feel great when putting the ball into the opponent’s net in the cheers of the fans. This game is free. However, some in-game items are paid with cash. So, you should pay attention to. In this article, we bring you 2 choices including Head Ball 2 APK (Original) and Head Ball 2 APK MOD (Money). Readers can download them at the link below. If you have any question about the game, please leave a comment below. Do not forget to visit our website regularly for more interesting games and apps! Thanks and have fun!

Cup 2021 Events are coming to Head Ball 2 between June and July in line with UEFA Euro 2020!
To join the event, you will choose a participating European country and gather supporters to help make your Country #1 on the leaderboard. By competing against each other, winning matches, and supporting your country, you can win unique accessories!