Hop BALL 3D was the latest music game of 2019. After the launch of Magic Twist: Twister Music Ball Game and Tiles Hop: EDM Rush!, The developer AMANOTES continues launching HOP BALL 3D. This game has familiar gameplay but the design is very new and brings a lot of interesting experiences. Although it has only been launched for more than 1 month, the game has more than 20,000 downloads on Google Play with many positive reviews from the players. Let’s together with modgameapk.net to check Hop BALL 3D APK MOD right now! 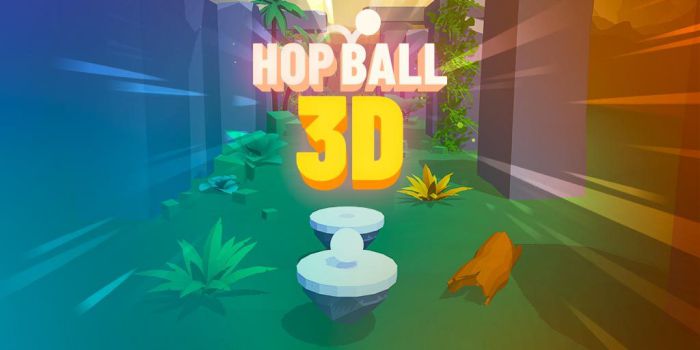 HOP BALL 3D has similar gameplay to Tiles Hop: EDM Rush!. In the game, you will also control the ball to jumps on the music keys designed as a reverse pyramid cum. In Tiles Hop: EDM Rush!, you have to tilt the screen to control. In Hop Ball 3D, you just swipe to the sides. The balls will automatically move when you touch the screen. Of course, they will only move in a straight line if there is no swipe action of your finger. Besides, the ball moves quickly or slowly depending on the music pace. You can choose any type of music you like and enjoy it perfectly.

During the game, players will collect yellow stars along the way to unlock new songs and skins for the ball. These stars also tell you how many percent of the journey you have completed. When levelling up, the difficulty of the game also increases. 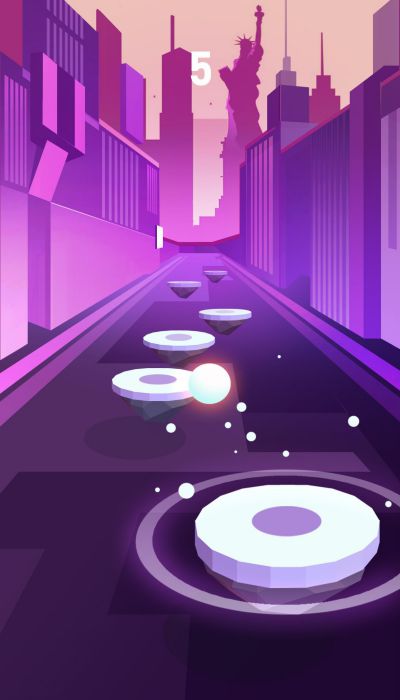 If you just tell me about the gameplay, you can see this is a pretty simple game. However, controlling the ball and finishing a song is not easy. In Hop Ball 3D, the main obstacles are pyramid-shaped music notes. They will move continuously from side to side. The speed of the notes depends on the speed of the song you are playing. Moreover, to increase the difficulty for the game, the obstacles also require the player to predict their direction. Normally, as soon as you touch the first note, the second note will start moving. Then, you just need to move the ball to the side. But there are many cases, after finishing the first note, the next note has not moved. After you approach it, it suddenly moves to surprise you. Of course, you may not control the ball at this point.

Those are extremely unpredictable challenges that you can face. At some levels, you will feel extremely inhibited when you can’t get over it. Be patient! You should judge and practice the ability of the sharp response of the hands. This is exactly what the game gives you. 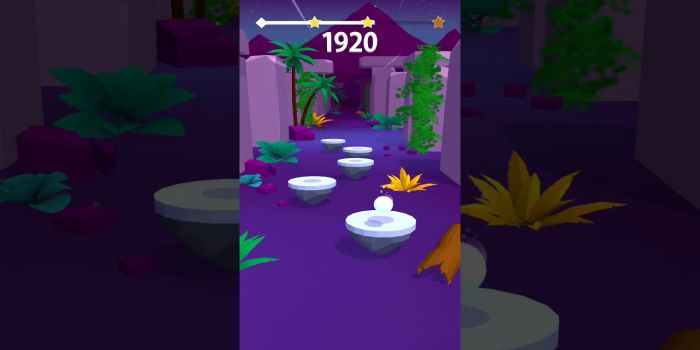 After entering the game, the first thing you suddenly surprised is that the game has endless music tracks. It was a long list that I insisted no one had the patience read to the end. In terms of the number of tracks, Hop Ball 3D has diverse storage of songs, which is as equal as other music games. Hop Ball 3D is a huge music store in all genres from light music, country music, Jazz, EDM or Dance… In terms of quality, the game gives players the quality music and the current popular songs. In addition, Hop Ball 3D also constantly updates new songs, exciting music and many different genres to make players feel interesting. 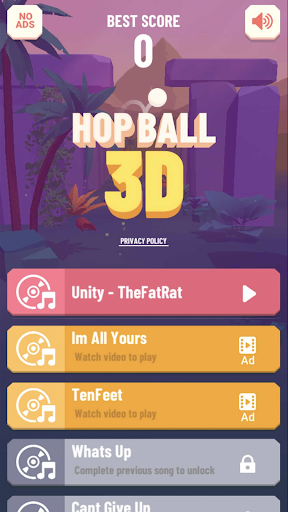 Hop Ball 3D is designed with quite simple 3D graphics. Each level has only one dominant black colour. This is the anti-glare design of the publisher, which will make you sit for hours in front of the phone without affecting the eyes. In addition to the notes, you will experience the feeling of travelling around the world. In each song, the producer combines the scene of big cities, tourist destinations or famous places in the world.

In general, Hop Ball 3D is a great game with attractive gameplay, vivid images and designs, compelling music tracks. It will help you have endless entertainment moments. The game takes you on a magical journey of music different from the usual options. In this article, readers can download 2 versions of the game including Hop Ball 3D APK and Hop Ball 3D APK MOD. If you have any question about the game, please leave a comment below. Do not forget to visit our website regularly for more interesting games and apps! Thanks and have fun!