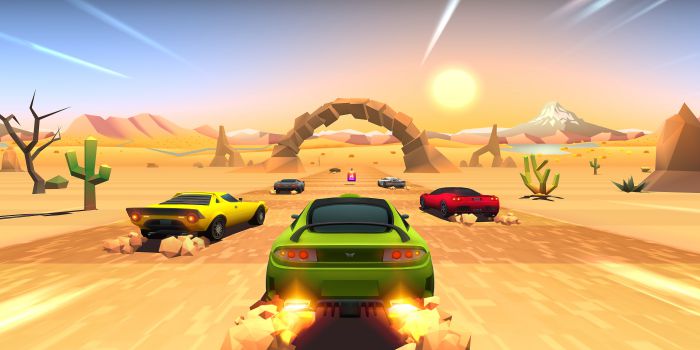 Horizon Chase brings players back in the 1980s, focusing primarily on speed, instead of focusing on the physical or external appearance of the car. Therefore, every element of the powerful drift or attempt to bump into an opponent’s car is not something you need to care about. However, in some cases, an obstacle is also an advantage if you know how to take advantage of it at the right time. Basically, Horizon Chase has similar gameplay to some of the top-notch 1980s games, 1990s like Out Run, Lotus Turbo Challenge, Top Gear (SNES), or Rush. Each race track features almost all of the typical characteristics of classic racing style, allowing gamers to increase racing speed to the highest level. 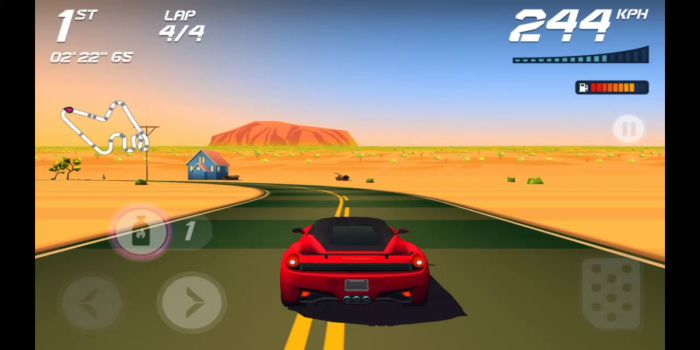 Coming to Horizon Chase – World Tour, you will experience extremely adventurous racing tracks around the world. Besides, gamers also have to face extreme weather depending on the terrain, like the heat of the desert, the rain or the tropical storms, blizzards and even volcanic lava. They will make you always excited. 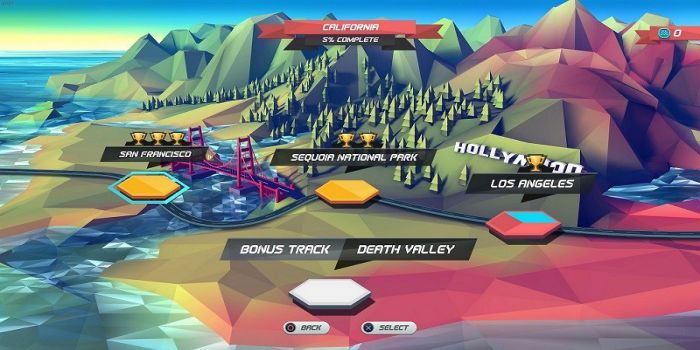 Horizon Chase – World Tour has 16 vehicles from top manufacturers such as Ferrari, Porsche2.2.3, Lamborghini, etc. Your mission is to play and unlock them. Besides, after each race, you will have a certain amount of money to upgrade the car for enhancing the vehicle’s indicators such as speed, acceleration, brake, stability…

Horizon Chase – World Tour is a classic racing game that is purely focused on speed, so players will see simplicity present throughout the entire interface of the game, especially the control mechanism. The minimalist control system consists of only 2 left and right buttons, a turbo button and a gas pedal. There will be no brake button for you to make the drift but simply depend on centrifugal or afferent force to keep the car from falling off the track.

The racing game will no longer be attractive without the background music with a strong tempo and stimulation. In Horizon Chase, the developer has to invite the famous composer Barry Leitch to support the production.

Horizon Chase – World Tour is designed with 16-bit graphics, a famous graphics platform for classic games. The vibrant and colourful racetracks will create excitement for riders. You will feel the classic blend with modern gameplay, which will be combined to create a great game.