If you are too bored of MOBA or shooting games with complex gameplay, you should try switching to a horror game. Today, MODGAMEAPK.NET would like to introduce to you such an interesting game named Horrorfield. Although it was just a trial version from the first launch, Horrorfield made the gamers pay attention to its very interesting features. Moreover, you can enjoy a horror game in online mode and play with other players worldwide. I bet it would be an incredible thing that you have ever heard. Let’s find it out right now! 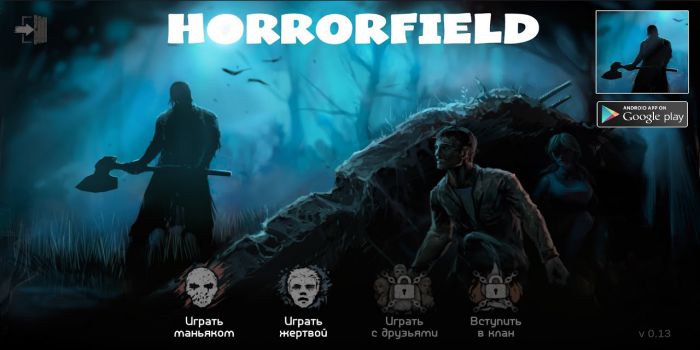 Horrorfield tells gamers about an adventure expedition lost in an enigmatic ancient village. Looking at its appearance, it looks wild, mysterious without a life here. However, they did not know that there was a terrifying killer in this village, waiting for the unfortunate visitors. Who is he? A psychopath or a murderer? What will happen? Can they survive? Only you can find the answer. 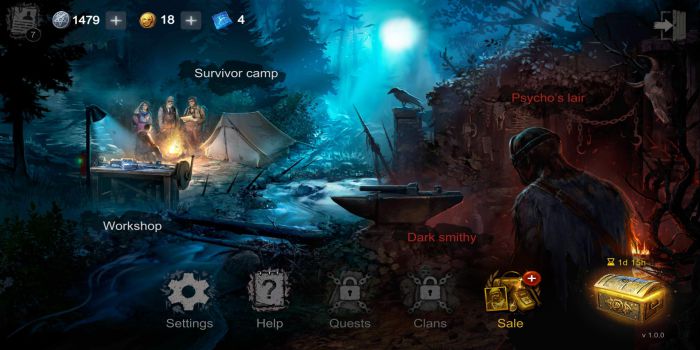 The unique gameplay: Kill or be killed

This game has only one game mode. Since Horrorfield is an online game, the game will match you with a group of 5 other online people. After that, you can play any role in one of two different roles including killer or victim. Horrorfield’s gameplay looks a lot like the game Dead by Daylight Mobile APK, which we introduced to you before. It has been very popular in the gaming market.

In the role of adventurers, you will be selected from 1 of 4 different characters. Each of them has a unique skill and major, which is suitable for a certain role in each game. For example, Stacey is a doctor. You can control her to collect medical boxes on the map to treat and save other members’ lives. Also, the game also has 7 different characters for you to choose from. No matter which character you use, you must do your job well and coordinate well with other players to win the game.

Besides, the map of the game is completely closed. Necessary items or secret weapons are hidden everywhere in the village, requiring you to find them for surviving. If you could survive through all stages of this game, you would be the winner. Otherwise, you would be dead. Surely, you will feel a lot of startling moments when playing this game.

However, you will feel more like the remaining role. As a psychiatrist – a killer, you will no longer feel scared. Like zombies in FPS shooting games, you have to control the mental guy, find and destroy other players. When you are a psychopath, they cannot attack you. You can use the saw to kill all the people on your land. Especially, when you get close to the position of another player, they will leave footprints. It is a sign for you to locate their position and direction.

But the game is not simple. You have to kill many times before the other players die completely. If you do not act quickly, other players will save the friend you have just found and killed. You will be able to play and chase for the rest of the time. Of course, you will be the loser when the timer is over. Anyway, it is better to go hunting than being hunted. Also, Psychopath has 7 characters and many different unique costumes. Each character has a quite strange hunting style, bringing the most interesting to the players. 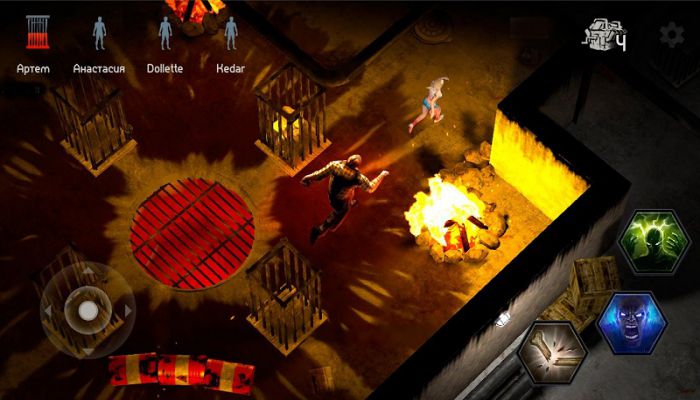 The game is in isometric style with top-down graphics to help you easily observe the map. It somehow reduces the horror feature of the game. However, Horrorfield still brings the typical horror colour to scare gamers. The wild ancient village, the weak lights that signalled death are close by. You are like enjoying a horror movie. Each macabre detail is portrayed as honestly as possible. Besides, the bloody effect is also horrifying but still stimulates players. 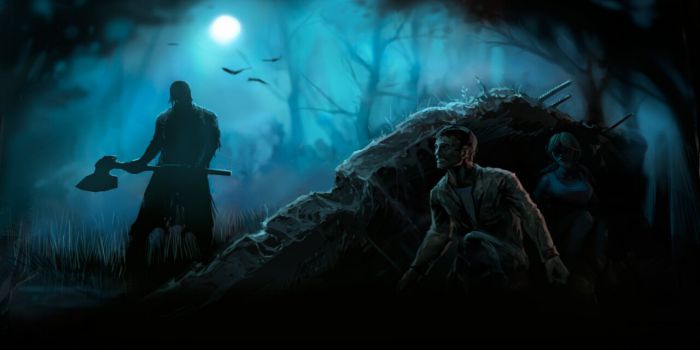 Currently, Horrorfield has completed the testing phase and is available on Google Play. The game supports a lot of languages. Also, because of the horror factor, Horrorfield limits the age of players from18. Overall, it can be said that this is one of the most interesting and unique horror games I have ever played. If you love horror games, there is no reason to skip this game. I am sure a Horrorfield will be one of the most popular games in 2019. Let’s download and enjoy the game right now! Thanks and have fun!