Hotel Blast APK (MOD unlimited keys/gold) is a great mobile game that is quite similar to Homescape. The game is provided by the Israeli developer named WhaleApp LTD. You can recognize this game maker in many famous games like Hidden Hotel: Miami Mystery, Hunter: Master of Arrows… Hotel Blast APK MOD promises to be a famous game in the future. 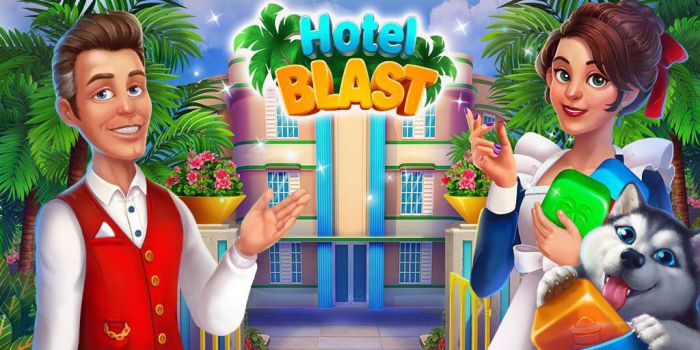 Surely, you are not too strange with Playrix games series including titles like Homescapes, Gardenscapes, Wildscape… In which, gamers mainly build houses, gardens, zoos by collecting items from the match-3 gameplay. Hotel Blast APK MOD is similar. You will play the role of a hotel manager whose name matches the name of the game. This hotel is located in the city of Miami state of Florida, United States and has long been abandoned. Your job is to clean up, create and redecorate this hotel to start opening again. As you probably know, Miami is a coastal city and often suffers severe consequences from earthquakes, tsunamis and tropical storms. It must be for this reason that our hotel was badly damaged after the disaster. 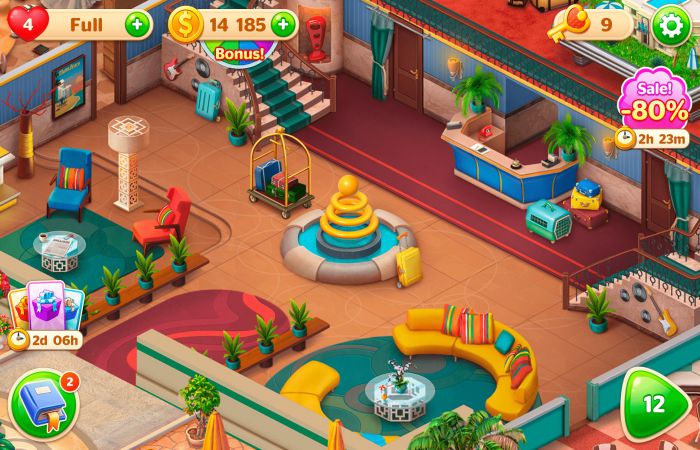 In Hotel Blast APK MOD, the gameplay is very familiar. At the beginning of the game, players will be introduced to the hotel by city staff. After that, you will be instructed on each specific step to do to renovate this hotel. The first game will be in Arabic. If you want to change the language, please go to settings and make a change. Because the newly released game should integrate quite a few languages, you should choose English. Then, your task is to play the match-3 game, in which you have to connect at least 3 items of the same color in the horizontal or vertical direction. The more items you match, the more valuable items you will receive. 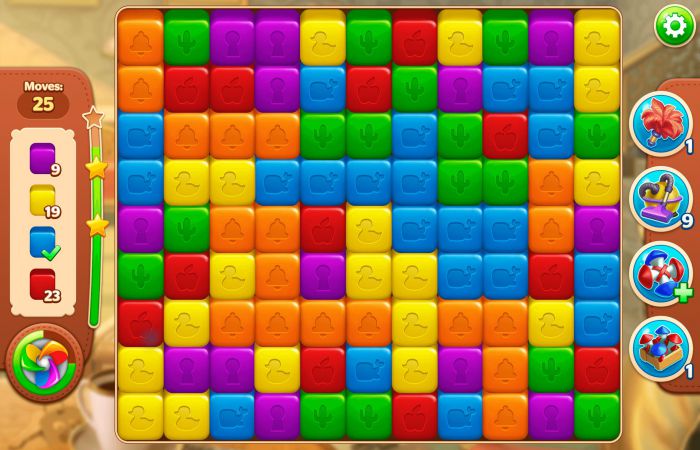 After tidying up, the game will ask you to redecorate the hotel, this is where you can promote the design ability as a true architect. The work repeats with the first stage. The final stage is to open the door to welcome guests. Your task is to attract customers, recruit employees and develop the hotel. 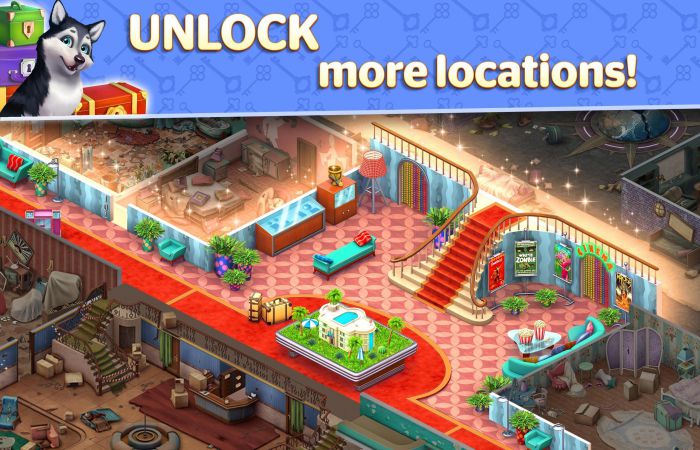 As can be seen, the content and gameplay of Hotel Blast APK MOD are not much different from other games of the same genre. So what is the highlight here? These are the items you collect from the match-3 game. After completing the game screen, you will be provided with items to clean and renovate. Besides, if you get 3 stars or eat a lot of squares, you will have the opportunity to change new items in the hotel. For example, the game requires you to clean the reception area. You have the right to be completely renovated because the game offers you a lot of patterns to suit your style. They can be the beach, desert, mountain or even galaxy style. For other rooms, the game will support your creativity. 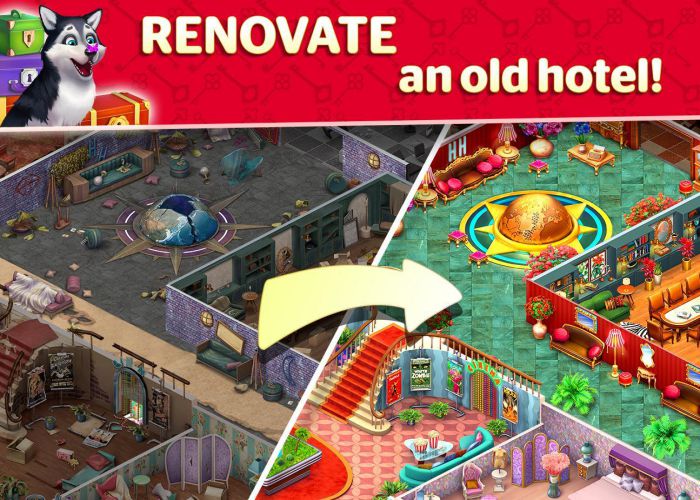 Our new update offers exciting mini-games to make the gameplay and story play out in entirely different colors! Also, you’ll encounter improved scenarios and animations which will not let you get bored!