In the game, the players will play the role of a truck driver named James – who was trying to back to his wife (Halen) after hearing the Zombie epidemic is booming in the world. But on the way, James’s truck suddenly suffered causing him had to run all the way home. With a long journey full of bloodthirsty zombies, James will have to do everything to find his beloved wife Halen and return to his family. 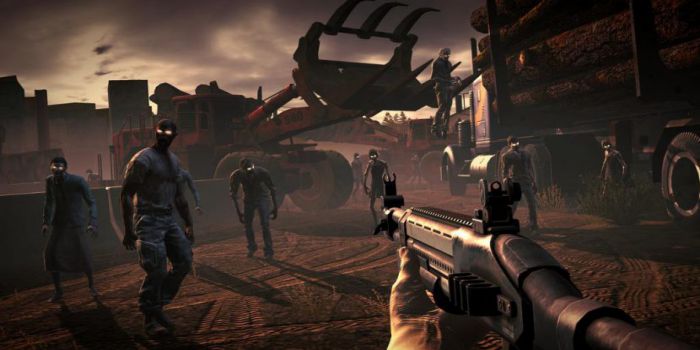 Into the Dead 2 still follows the style of the first version, in which gamers will play with the first view angle. Using Endless Runner’s auto-move mechanism, players will have to avoid numerous obstacles along the way. They may be the abandoned car, the stalked trees and bloodthirsty Zombies. Of course, Into the Dead 2 is still a title of FPS where gamers have the right to use weapons along the way to kill the Zombie. But you should remember that the ammunition is very scanty. If you waste it, you will soon see the death because it is sometimes a rotten meat wall that you cannot pass through. 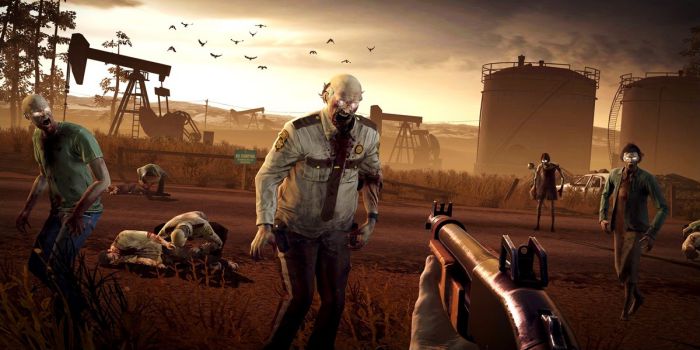 In addition to entering the game just to kill lots of zombies, you must pay attention to complete the tasks for receiving rewards. There are a number of missions during your play such as killing 5 zombies at once, collecting bullets on the way or escaping from zombies without losing any bullets. Mission system helps players feel more excited than just running and shooting zombies alone.

Into the Dead 2 has a total of 7 chapters, including more than 60 levels to play with numerous challenges. Of course, the difficulty level will increase with each stage, so you should prepare well to be in good spirits to face the challenges and bloodthirsty zombies.

Initially, when you first enter the game, you will be provided with a shotgun with a few small bullets. The more you play, the more money you earn as well as you can buy more weapons, ammunition and equipment. In addition, you can also upgrade weapons to increase damage, fire rate, reload speed and upgrade ammunition. Besides, the game also supports you to buy weapons, Items and upgrades things with money. Actually, this is the fastest way to give you the best firepower to fight zombies.

In addition to traditional weapons like the pistol, the new point in the game is a completely new weapon. For example, SH-20 Breacher – a Shotgun with ample ammunition reserves. Moreover, Into the Dead 2 provides gamers with a dog, completely eliminate the lonely feeling.

Some changes in Into the Dead 2:

In part 1, 3D graphics are only in black and white. In this second part, the game has been greatly improved when adding more colours and improving the design. However, despite a lot of editing, Into the Dead 2 still keeps the gloomy and horror atmosphere of the destruction world.

In addition, the sound of Into the Dead 2 was also built carefully and detailed like the sound of ghosts, footsteps, loud breathing or the screams of the zombies. It brings a truly authentic feeling to the player. 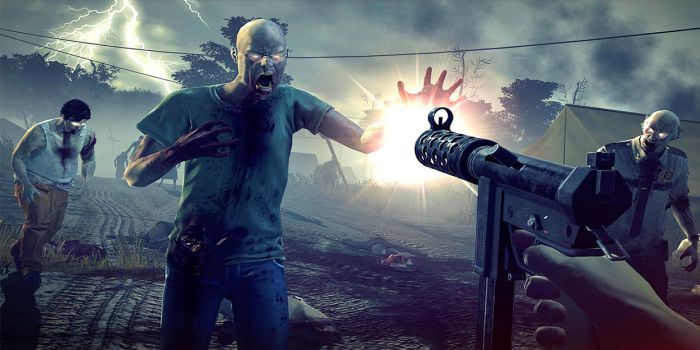 How to install Into the Dead 2 APK MOD 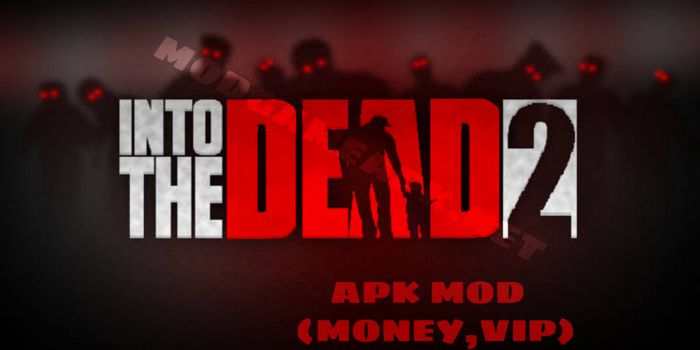 With a fascinating storyline, vivid sound and images, incredibly realistic graphics, fear and creepiness, the sequel are beyond all the things in the first version. We can say that Into the Dead 2 is one of the best zombie shooting games today. Moreover, we bring you the version Into the Dead 2 MOD APK with lots of interesting modifications. Let’s download and enjoy the game right now!

A July 4th US flag event features a brand new flamethrower weapon: Hellfire!
Refresh Chapter 1 of Story Mode – Go back to the beginning and immerse yourself in the apocalypse!

Into the Dead 2 APK v1.50.0 Into the Dead 2 MOD v1.47.1 https://modgameapk.net/download-into-the-dead-2-apk-mod-money-coins-for-android/
Download
Recommended for You 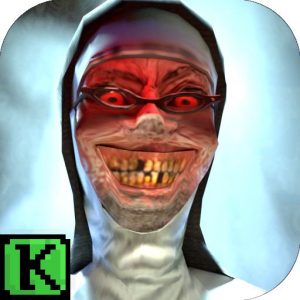