Kaiju is a common name for animals that have been genetically mutated because of radioactive contamination or represent sacred beasts according to Japanese legend. Nowadays, the image of Kaiju is popular in movies like Hollywood or JV. All products related to these beasts are great welcomed around the world. We are familiar with their fierce or powerful looks. But the mobile game developer HOMA GAMES has created a very new form of Kaiju, which is cuter but still powerful. All the most interesting features of Kaiju will be in the exciting game Kaiju Run. With creative gameplay and lovely graphics, the game will definitely create a new craze in the market. Let’s learn about Kaiju Run in this article right now!

Just like in the movie, cities around the world are threatened by the terrible evil Kaiju. They emerged from the depths of the ocean and came ashore to destroy cities and harm people. At that time, only you could save the world. In the game, you are the owner of the good Kaiju, standing up to fight against the dark force. By turning ordinary animals into giants, you will have a powerful army ready to face any challenge. 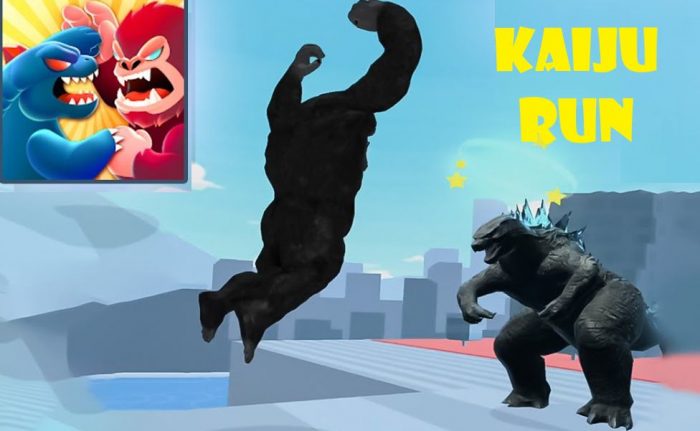 Kaiju Run is a casual game with an action running style. Players will start the game with a normal animal like a monkey, bird, butterfly, or octopus. At this point, your task will be to control your animal on the road and collect blue pills to transform it into a bigger and stronger beast. However, you have to watch out for obstacles like walls or red pills. As for the wall, if you don’t eat enough green potion to get bigger, you won’t be able to pass it. As for the red pill, they will make you smaller. After you have come a long way, meeting you at the end of the road will be an evil Kaiju. At this point, your task is to tap the device’s screen fast and constantly to hit that monster. The faster the action is, the greater the power will be. If you win, you will receive a reward of diamonds, which can be used to buy items and upgrade many interesting things in the game. In case you lose, you will have to replay that level from the beginning. 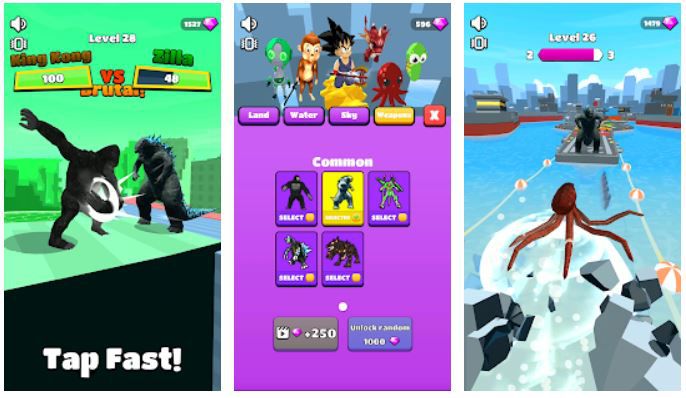 Not only playing in water or land battles, but Kaiju Run also allows you to play in the air and unlock flying characters such as dragons, giant butterflies… Along with that, the game also arranges very interesting objects like walls, buildings, planes, trucks… All of them make your game a lot more interesting. 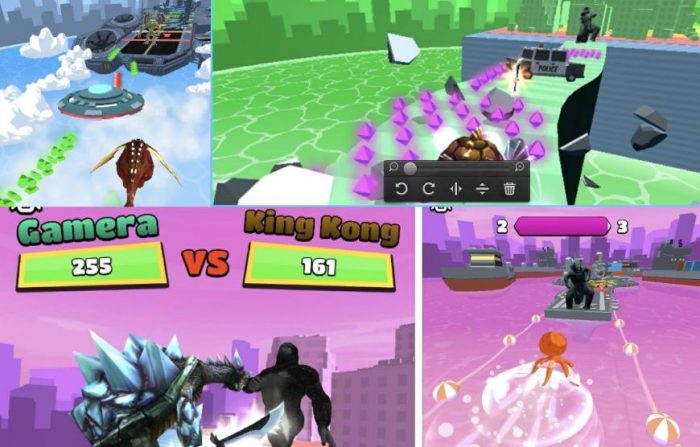 Kaiju Run owns 2D graphics. Of course, they are not as pretty as 3D games, but they have smooth motion and experience. Besides, the game also brings colourful images. But the monster is no longer ferocious but has a bit of cuteness to better suit the game. In addition, the intuitive sound is also a plus point of the game. Players will hear the exciting sounds of Kaiju and their actions. They are not very diverse but enough to make you feel good.

Besides, this game has a lot of ads, so it is easy to inhibit players. In this case, you can turn off your internet connection or download our APK at the link below. If you have any questions about Kaiju Run APK, please leave a comment on this article. Have fun!