League of Stickman is the super action game from DreamSky, which takes the famous game topic of Stickman. The game has diverse character collection and beautiful skills. Besides, the most prominent feature of the game is dramatic action gameplay that combines tactics. League of Stickman  for Android is definitely a perfect entertainment option this summer. 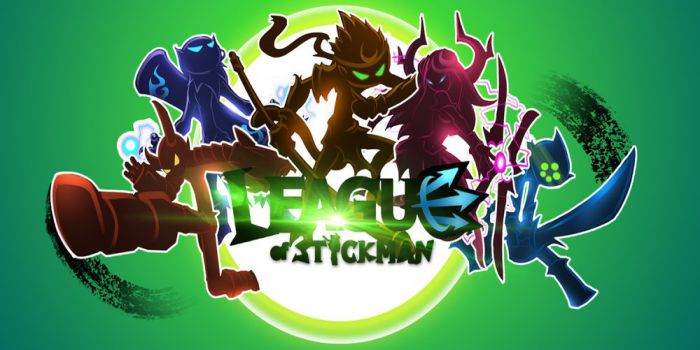 In League of Stickman 2019, players will be able to join the exciting challenges. In which, their main task is fighting to destroy all the monsters and violent bosses. After winning a game, you can receive a reward as amount of gold coin. Besides, the players can improve his hero through the usual features of the role-playing series with equipment and skills upgrade system. In each challenge, players can switch between the two generals and perform powerful combos to defeat the enemies. 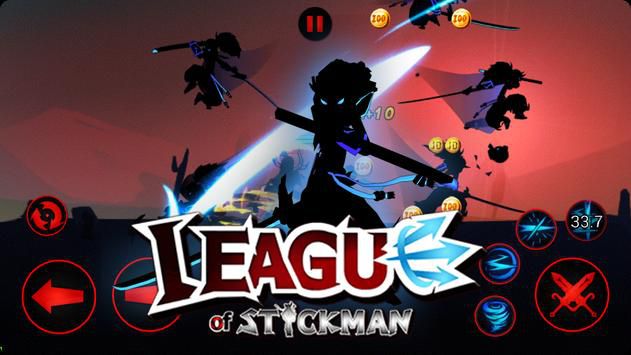 League of Stickman 2019 is a very interesting action game, which is expected by many gamers. It has many combat modes like Double-Hits, Levitation and Deadly Combos. They bring a scary feeling to players on each action phase as well as make you excited when destroy the strong monsters.

Like Zombie Avengers-Stickman War Z for Android, League of Stickman 2019 also contains a lot of heroes. You can try to get gold coin to unlock, upgrade and establish the hero army. Besides, you can join other players to defeat super powerful monster bosses and get more fun when playing game. You just choose the squad and join the fight right away. 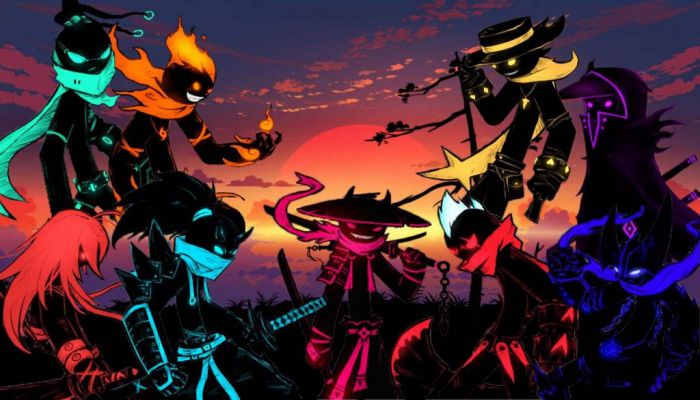 As mentioned, the Stickman character system is very diverse with many unique shapes and skills. They are Gus, Athy, Feist. , Bladey, Zilong, Monk and more.

The little advice for beginners to get familiar with League of Stickman 2019: you should carefully select the characters and the way to equip them for the best performance. There are characters with very impressive defence, which are enough to be a strong shield for your squad. Besides, some heroes have very good attack performance when you equip them a suitable weapon. This can be seen as the key to fighting bosses in League of Stickman .

League of Stickman  has 3 game modes including Missions, Online and Boss Fight. In which, Mission mode and Boss Fight are the hard game for gamers to show their skill. However, these are not the most interesting modes. The best is online mode, which allows you to play with your friends or other players in the world.

An impressive point in League of Stickman 2019 is that it is equipped with a diverse and interesting item system. Each character will have 6 equipment slots for each level. There are 5 levels, so you can bring up to 30 items at a time on your body. Moreover, there is not even a rule that forces you to equip yourself. You can equip all characters or focus all weapons and blood on a character. This can be seen as an extremely interesting gameplay in League of Stickman.

In order to haing those equipment, you need to play quest missions or boss fight to search for items. In general, things fall out quite a lot. However, they are divided into separate rare levels and indicators. This is what makes the appeal of any online role-playing game. League of Stickman 2019 is not exception. 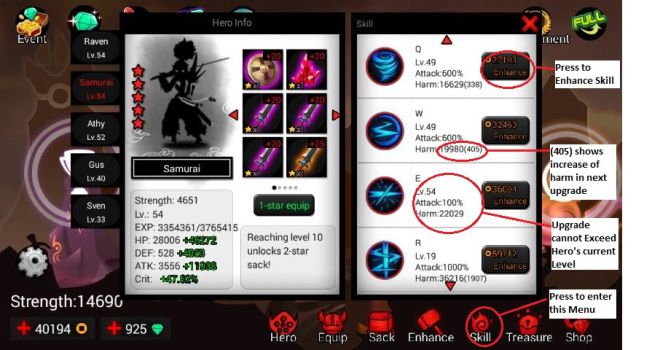 League of Stickman for Android is not too difficult to play thanks to smooth and intuitive control mechanism. In which, you can flexibly switch between heroes and mastering their 4 specific skills. It is easy to grasp when using familiar virtual keys of the ARPG genre.

One of the most interesting things in the game is that the developer also built a community inside the game. Here, you can freely share images, characters and experiences with other players. At the moment, it is not so large but extremely practical feature in League of Stickman .

Besides, the game has a ranking system. Your team can compete with other players from around the world. Let’s join and defeat them to become a champion! 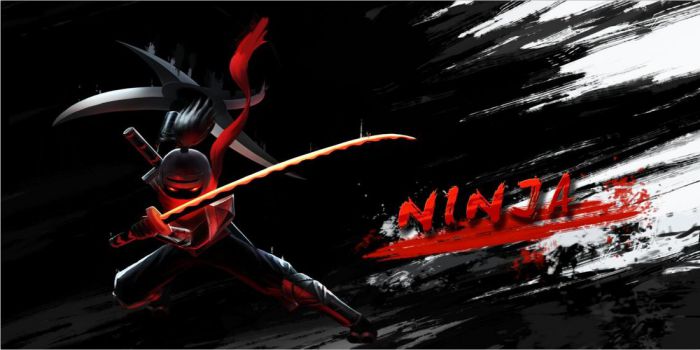 The specification of League of Stickman 2019 Mod APK 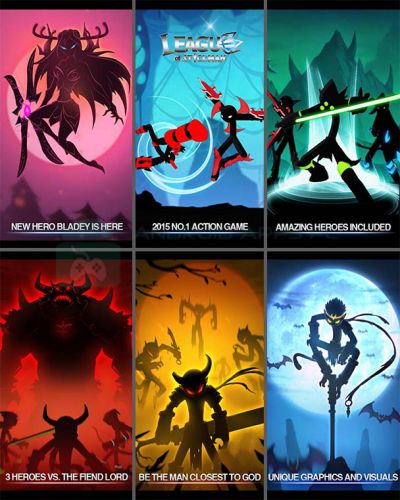 Overall, League of Stickman is a great game, which has many advantages such as simple interesting gameplay, impressive characters and items system and intuitive interaction between players. Besides, the game does not have specific instructions for players. But it cannot diminish the appeal of League of Stickman. In this article, we would like to bring you the modified version of the game named League of Stickman Mod APK (Free Shopping, No Skill Cooldown), which provides you with more advanced features. Let’s download and enjoy the game right now! Thanks and have a fun game! 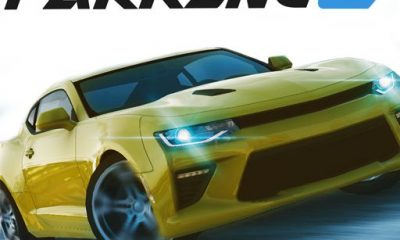