Riot Games is the most successful game maker in the last 5 to 6 years. Their best game is League of Legends. In addition to the pre-season tournaments and updates, the new MMO game that Riot Games has been developing for a long time is also an interesting topic to the gaming community. After enabling gamers to early register League of Legends Mobile: Wild Rift, Riot Games has recently released an early registration for a new game called Legends of Runeterra. Many people have started to assert that this is the super game that Riot has been planning since 2018. Today, Modgameapk.net would like to give you the game Legends of Runeterra. Please  to see how different from the previous Riot games. 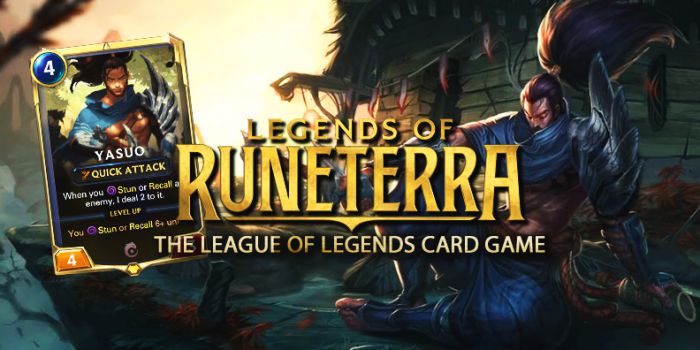 Legends of Runeterra is the upcoming game from the developer Riot. It takes elements from classic card games like Magic The Gathering and Hearthstone. Besides, the heroes and skins in League of Legend will become cards in a deck. However, Legends of Runeterra is not simply a reproduction of the usual strategy card games. Riot plans to give it unique features through dynamic combat mechanics.

Players will have to build their decks by earning free cards through the in-game process or using real money to buy the exact card they need. Each card has its unique abilities and has the potential to become stronger if the player is willing to take risks. In Legends of Runeterra, you will have to think quickly and carefully before moving to win. 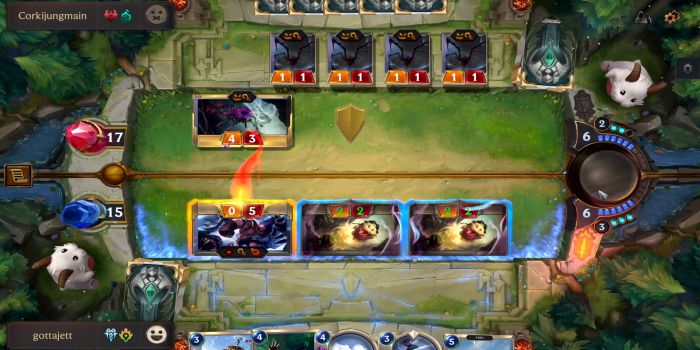 In addition, the cards are grouped into six regions in the world of LOL including Runeterra: Shadow Isles, Ionia, Piltower & Zaun, Demacia, Noxus and the Freljord. Each region offers a different type of strategy. It depends on the player to choose how they want to combine the cards into a deck. A deck can have up to 40 cards, but you can only use cards from two areas at a time.

Besides, gamers can freely choose their deck of cards and strategy. Once you have set up your deck, it’s time to play it. Each field has two sides. One is on the offensive side and one is on the defensive side indicated by the symbol of a sword or a shield. Each player chooses the card to take down the opponent while the other tries to fight against for surviving. It will take place in turn. The result of the game depends on some factors. It is not only the strength of the cards in the deck but also depends on how the cards are used to defeat an opponent or even take the risk to “turn around”. For every move you make, your opponent also has a turn. 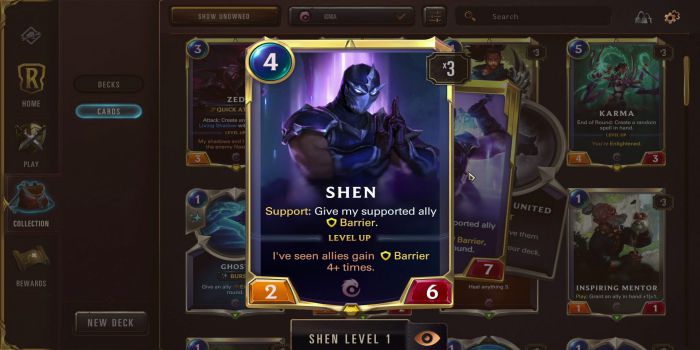 The graphics and design

Although Legends of Runeterra has not officially released, we can see the graphics similar to LOL through some images from the trailer. There are some other points that are quite noticeable such as intuitive interface, the extra characters and the map. Also, the in-game image shows a typical cartoon-style image of media publications that LOL often presents. In addition, the armour, costumes and background make players think of the city of Piltover – Home of generals like Jayce or Caitlyn… 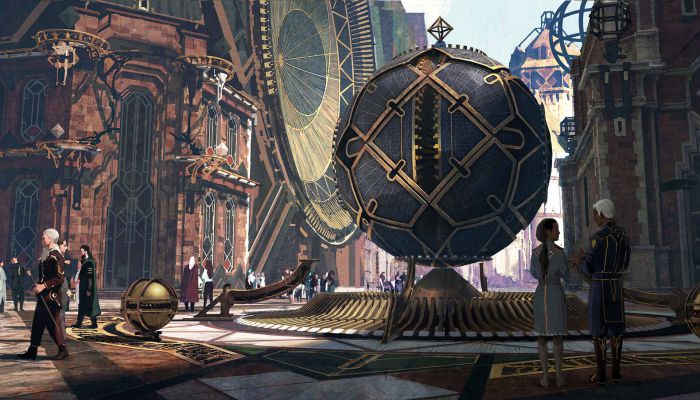 Legends of Runeterra APK v02.13.019
Download
Recommended for You