The Lost Tomb is a Chinese novel that was made into a movie in 2018. It is an adventure action film, which is about a group of investigators participated in a tomb stealing. In which, they found a tomb from the Warring States period and the mysteries surrounding it. The film achieved a lot of success in early 2018. Exploiting this title, 37Game developer has released Lost Temple. The game takes players into a dramatic plot, a mysterious world. Moreover, you will become a treasure hunter in this game. 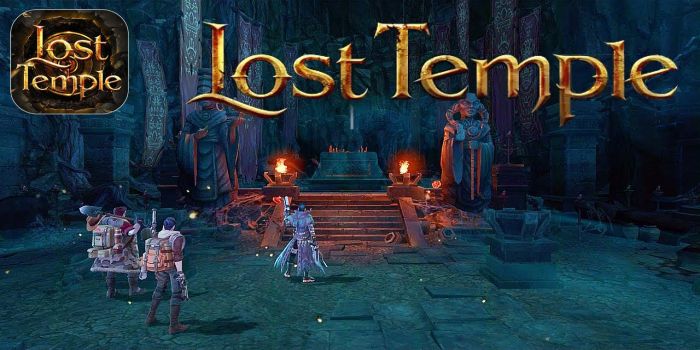 As we mentioned, Lost Temple is based on the novel The Lost Tomb. In the game, the background is interwoven between modern and ancient. Players will be transformed into one of three character classes with unique battle characteristics. They are The Gunslinger, The Assassin and The Warrior. But right from the beginning of the game, players will experience a cutscene introduction about an extremely attractive storyline.

Its gameplay is the classic MMORPG genre. Gamers will play a treasure hunter while performing tomb robbery missions, solving those deadly puzzles and summoning ancient beasts. Also, players can make money by selling antiques on the black market while fighting other grave robbers around the world. With detailed instructions, conversation and cut scenes during the mission, it is difficult for players to take their eyes off the phone screen. 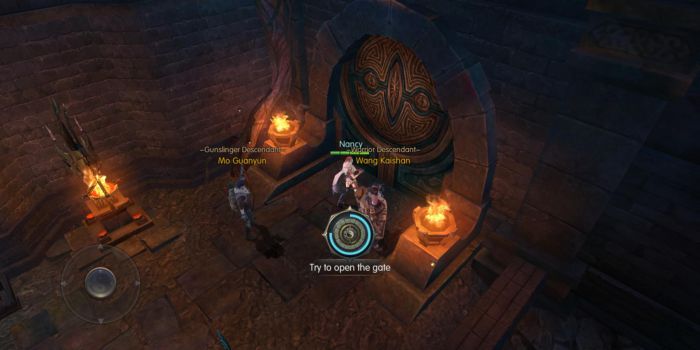 Not only has the gameplay discovered or hunted for simple artifacts but the game also gives players a lot of new and different elements from the original – The Lost Tomb. The game will provide you with all the best skills in Chinese legends. Everything proved to be very suitable for the content of grave theft. Besides, it makes you easily cooperate to overcome many tasks and activities. Also, the adventure becomes even more dramatic when the player can use the compass to find the entrance, summon the pet to help you fight monsters to win the treasure… All these points are very easy to get used to and helpful.

In parallel with the PVE system with unique features, the game’s PvP system is also a great mode. This is a place where gamers show the ability and challenge other players on the MOBA 5vs5 simulation arena. You have to try your best to win the highest position on the ranking board. Besides, Dragon Fight is also extremely attractive. For those who do not know, players will play following the plot. You will fight alone to overcome the challenges of the game. PvP is a team battle mode, in which you will form a team of 5 people and fight with other teams. It is quite familiar with MOBA games like Mobile Alliance or King of Glory. 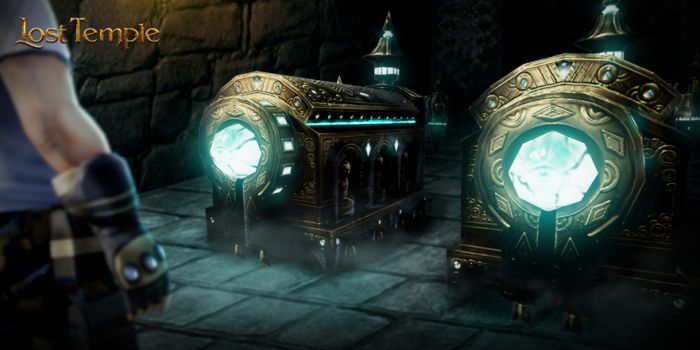 Lost Temple will have 3 character classes including The Gunslinger – a gunner with long-range fighting ability, The Assassin – zombie hunters and finally The Warrior – a warrior with Strong kungfu. Besides, you will have a system of pearls as well as auxiliary skills for your characters. You should read the in-game instructions for reasonable tactics.

With the upgraded system, the game has a lot of costumes and mounts. In the game, the ancient costume style and modern treasures. Besides, the modern vehicle is a super motor. Also, the game has a free item trading system. Therefore, gamers can rest assured that the treasures from the ancient tombs collected can be sold at the market. You can make the prices a lot higher than the original, which is great for players who have plenty of time to play games. With the money earned at each battle or selling items at the market, you use them to unlock costumes and items.

Although Lost Temple only has 2.5D graphics, the image quality is high. It still features the fierce characteristics on the MOBA battlefield. Instead, the game has a great effect, giving players the excitement. In addition, the movements of the character, boss or battle scene are quite sharp.

In addition to graphics, the game has a mysterious, vivid, standard sound system. The story follows the original, which really make gamers play the game for hours without tired. 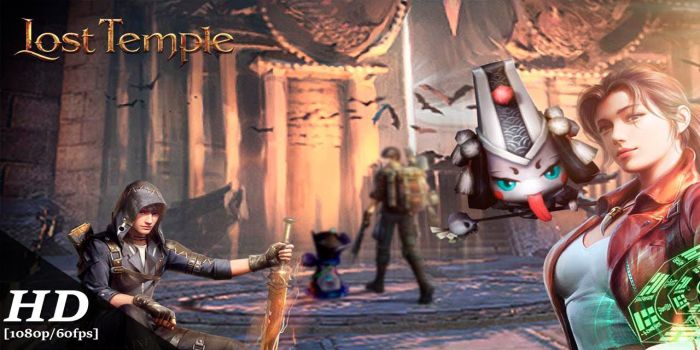 Lost Temple APK is one of the most popular MOBA games today. With unique gameplay, compelling storyline, vivid graphics and sound, it is the best choice for you. In this article, we provide you with two versions of the game including APK and MOD. Readers can download them for more advanced features. If you have any question about the game, please leave a comment below. Do not forget to visit our website regularly for more interesting games and apps! Thanks and have fun!