Lumia Saga is an upcoming action role-playing game on mobile from Century Game and FunPlus. These developers are well-known for some famous games like King of Avalon, Guns of Glory. At the moment, Lumia Saga is available in China, South Korea and Southeast Asia. In which, the game touches the hearts of players with more than 1 million downloads. The game is expected to launch on both iOS and Android devices worldwide on December 13.

Currently, the global version is only in the pre-registration period. As usual, when the game is officially released, the developer will give the Pre-registered gamers a special gift, including a sum of money in the game, unique pet, titles and other items. Rated as the cutest MMORPG for phones, Lumia Saga promises to bring the extremely excellent gaming experience to gamers. 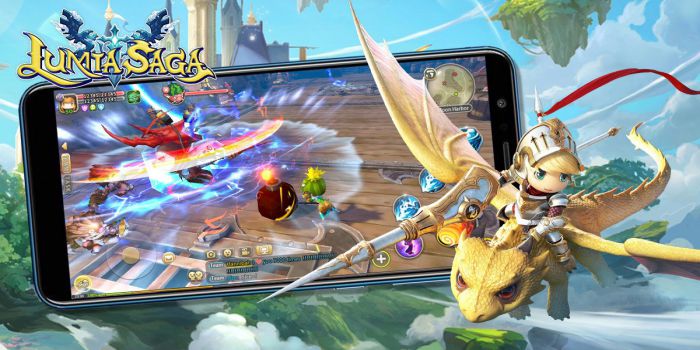 About the developer Century Game

More about publisher Century Game, formerly DianDian Interactive Holding, was established in August 2010. Its headquarters are in Beijing, Shanghai and San Francisco, with more than 300 employees from 20 countries. Besides, it has 8 internal studios. Since 2010, the company has released many canvas games on Facebook, including Family Farm, Royal Story, and Happy Acres. Other great successes include Family Farm Seaside in 2013, King of Avalon in 2016 and Guns of Glory in 2017.

Before starting the journey, you will choose a cute and funny chibi character. Each of them has a different characteristic and looks, but they are generally cool. Besides, the control system is quite simple. In addition to the basic scroll keys, players can use additional keys to perform some different attacks. Each different character has a unique attribute and strength characteristics. Especially, you can change to other classes. There are 8 different character classes for you to choose from, depending on each battle and tactics.

There are over 300 different skins. Besides, the game provides pets, mounts and craftable equipment. Also, the devices can be buffed by giving them the magic cores, which you can get when defeating monsters in battle. The skin of your device will then change depending on the core you use to create buffs.

All character selection and strategy development are all about bringing the best effect in the team battle. From there, we see the tactical and teammate elements of the game. 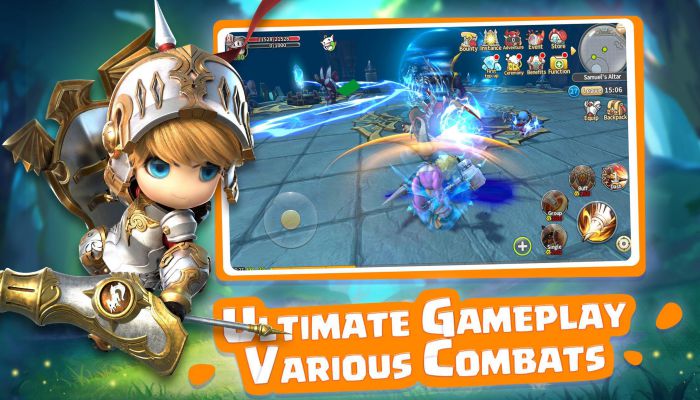 Lumia Saga is community-based and requires high solidarity. Players need to rely on teammates and build a strong team. In the game, gamers will experience an endless adventure in the vast Lumia world. To overcome all challenges, the player must search and create weapons and equipment to enhance the strength of the character. Through the sandbox-style gameplay, players can create weapons that suit the power of each character class.

Remember that monsters in Lumia Saga are extremely powerful and can appear anywhere. You, even the team, can quickly be defeated if you do not apply the appropriate tactics and formation. 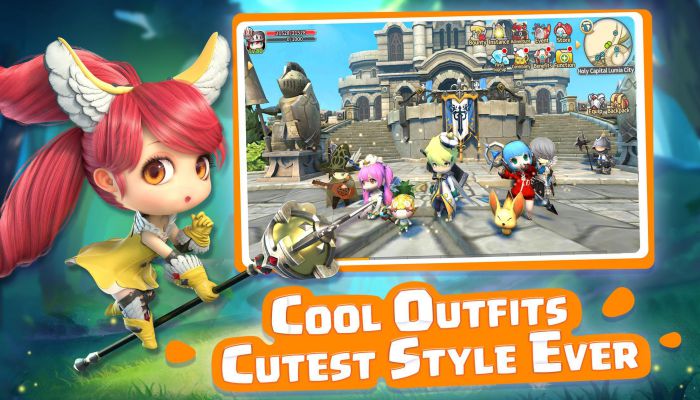 The Lumia world has full of mysteries and chaos. It always brings endless attraction to players. Almost the time of the game, you will use to discover the mystery and fight monsters. Besides the fascinating battles, you absolutely can show your strength in dramatic confrontations. Real-time PvP or PvE battlefields are always busy and attract players around the world. You have to try your best to win the battle as well as collect more trophies and achievements. Also, in the playground of Lumia Saga, other players not only instruct you but also bring you unexpected emotions. You should make friends with them, even pairing with cute and lovely characters. 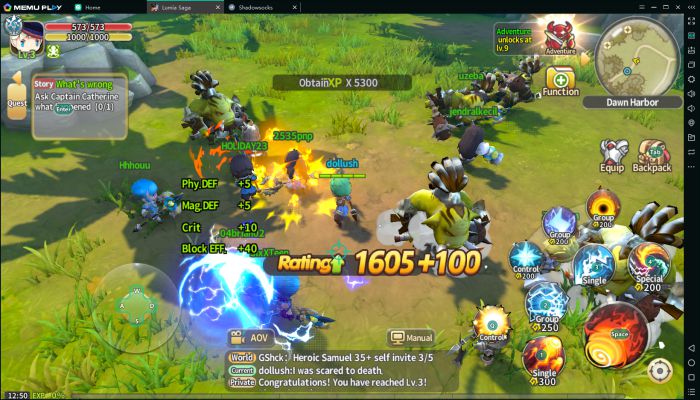 Graphics are probably the special highlight of Lumia Saga because all the images are perfect. Characters are made of funny 3D chibi in a bright and colorful world. Eight classes are unique and have many interesting features in both male and female characters. Besides, skill effects are very beautiful, which will definitely make you surprised. 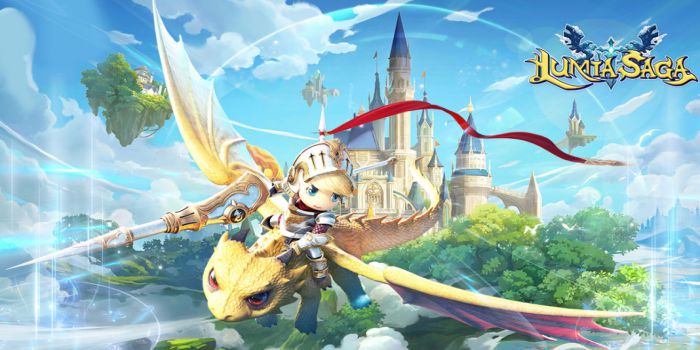 Overall, Lumia Saga was developed to provide a unique experience, which is different from the regular fantasy games. It adds strong action characteristics through multiple PvE or PvP systems. Moreover, the game also aims to promote the players’ relations to have the largest community. Also, the sandbox mechanism shows that you can easily create new equipment. In general, this will be a new wind for the gaming community, just like what Century Game mentioned. Currently, Lumia Saga has only launched in Southeast Asia and some Asian countries. The global version of Lumia Saga will be available in early December in many different languages. It promises to help gamers around the world have the most exciting experience.