Lutie RPG Clicker is a lovely role-playing game with Chibi style. It was developed by a Korean Studio called Blue Sky Games and released by Ludic Games from Singapore. The game has been more and more popular and loved by Anime fans because of its great graphics. In the game, players will join Lutie in an ambitious adventure for finding and restoring Venus after the Ragnarok event. When you first look at the game, you will think that it is a complex RPG game like Kirara Fantasia or Returners. However, the gameplay is extremely simple and humorous like Flappy Birds (If you may know this game).

Lutie RPG Clicker is an extremely beautiful adventure of art, allowing players to explore the most vivid gaming world. With completely simple click gameplay, the game will provide gamers with exciting experiences with the most advanced RPG mechanism in the market today. Besides, players also have the opportunity to show their ability as well as train the skills through major tournaments such as Seasonal Raid Tournaments, Expeditions, Servant Raids, Matching Mini-Games…

As mentioned above, all you need to do is click constantly on the monster to attack them. When their HP is finished, you are the winner. There are two types of damage you should know when playing Lutie RPG Clicker: damage per click and damage over time (DPS). You can upgrade your power to save more time. Moreover, you can unlock more skills for Lutie, corresponding to 100 levels.

When defeating the first boss, you should hire it. This monster will support you during the battle. Besides, you can upgrade or hire other bosses when winning them. It would be very great when you have a unique boss that noone has. Each level of Lutie RPG Clicker is divided into 10 stages, in which the Boss will appear in stages number 5 and 10. You should be ready for fighting with the Giant Boss. 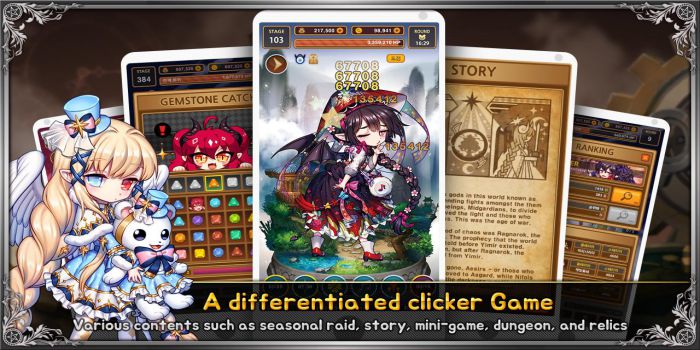 In Lutie RPG Clicker, characters are called Guardians. Your mission is to control the guardian gods, destroy monsters and upgrade characters for more power. Besides, the main character is Lutie, who is on the journey to restore the lost Venus after the Ragnarok event. You will be immersed in a beautiful space like in fairy tales.

Besides, players can level up through thousands of quest levels, tap the screen to fight over 300 species of monsters, lovely Bosses and collect them. There are more than 60 Guardian and Servant for you to choose from. 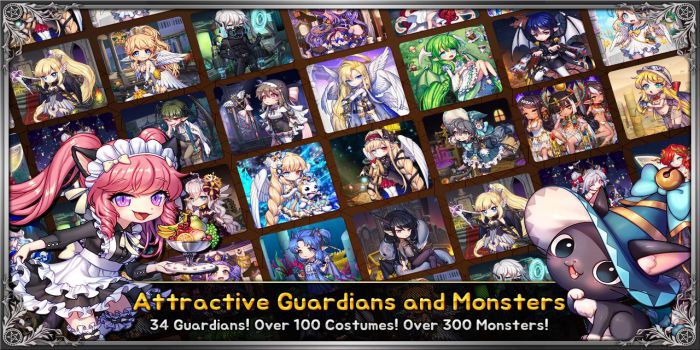 In Lutie RPG Clicker, gold coins and rubies are the most valuable things. You can get them through quests or after matches. In addition, watching ads daily also gives you a certain amount of rubies. Every day, there are 5 videos, each of which gives you 5 rubies.

Also, to easily get a huge amount of money right from the beginning of the game, you can download Lutie RPG Clicker Apk (MOD Money) at the link below.

Lutie RPG Clicker is a great game with simple but unique gameplay, many advanced features we have just mentioned above and stunning 3D graphics. The character is shaped in a Chibi style, which is very cute and beautiful. Surely, you will love this game. Let’s download and enjoy the game right now! Thanks and have fun!