Magic: ManaStrike is the latest strategy game in the vast universe of Magic: The Gathering. This is the legendary game series from Netmarble game maker with the real-time strategy PvP game playing as the main game. Magic: ManaStrike is the latest version, allowing players to use Planeswalkers that can summon monsters or magic from their “decks” and fight other Planeswalkers. 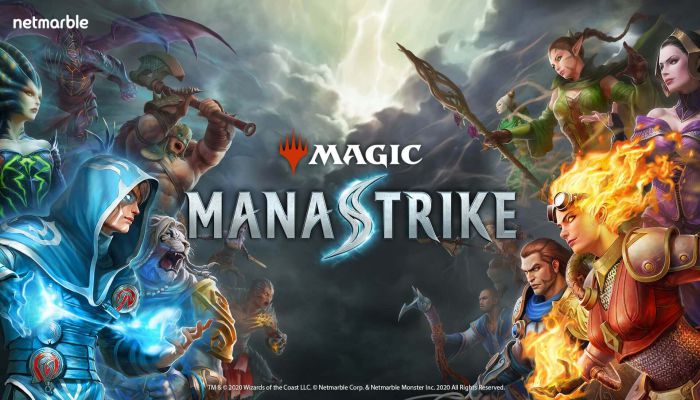 Specifically, players will probably be able to prepare their “decks” and summon monsters or use powerful spells in 3D (similar to the gameplay of Clash Royale). The developer promises to bring strong strategic elements (especially based on the Magic color system), which can be played in real-time.

Players start with a detailed tutorial that guides them through the early stages. After choosing a deck of cards made from one of the five colors of Magic – White, Blue, Black, Red or Green, players will fight opponents. During the battle, gamers have to quickly choose good tactics and dominate their enemies. When your characters level up, players will collect new cards and enhance their units to match their playstyle and strategy.

Magic: ManaStrike is easy to play but hard to master. It offers simple gameplay, tactics, and strategy through an intuitive interface. Its gameplay highlights a variety of customized strategies between opponents in intensive real-time Pv P matches. Players can experience the vast universe of magic and original characters. They are designed with great visuals in high-quality 3D graphics. 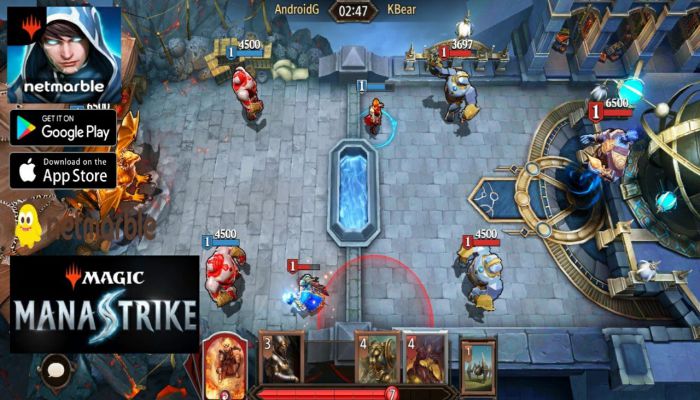 In the game, players take advantage of the time in the middle of the battle to upgrade the card, if you have enough money. The more units equipped with the ultimate skills, the more life and attack points you will get. Of course, the more chances of winning you will have. Besides, players can choose one of 5 different

Planewalker. Each of them has unique Mana color. Also, you can collect diverse cards, both creature and magic cards. 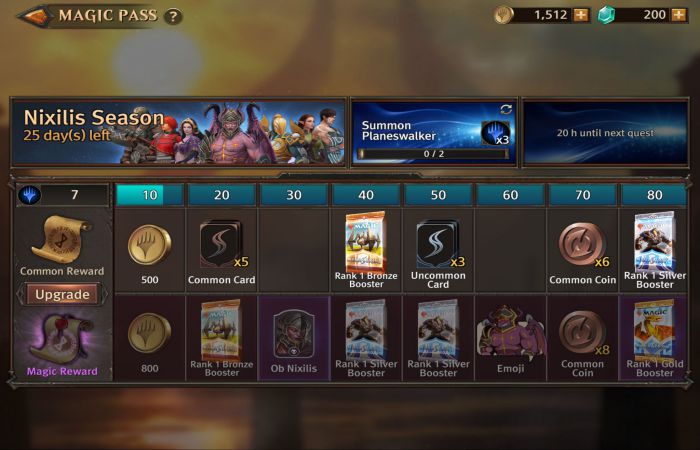 Unlike previous versions, the attraction of Magic: ManaStrike is not only in the gameplay but also great graphics, which have been significantly upgraded with the beautiful 3D platform. Along with that, the game provides shimmering effects that we have hardly seen in a mobile card game. In addition, the 3D space will bring players excitement. The game has a fairly fast tempo, intuitive and simple movements but very attractive. 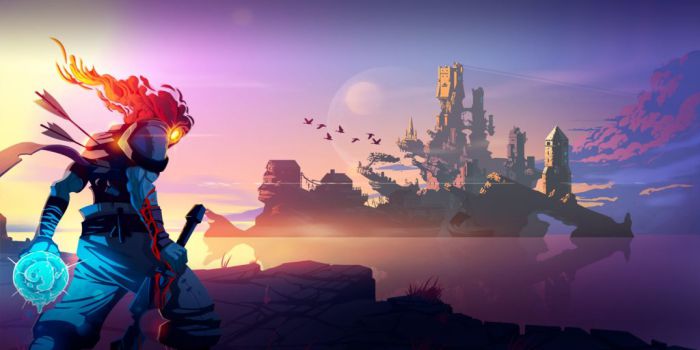 Overall, Magic: Mana Strike is an excellent real-time fighting game, offering a great graphics system, many good units and a few new additions to the traditional Clash Royale mechanism. This is definitely a memorable game, especially for fans of Magic: The Gathering. We will update the MOD version of this game as soon as possible. But I recommend that, if you want to enjoy the essence of the game, please download Magic: Mana Strike APK (Official) at the link below. If you have any questions about the game, please leave a comment below. Do not forget to visit our website regularly for more interesting games and apps! Thanks and have fun!