Man or Vampire is an RPG game from the developer HIDEA. It feels like we have only seen Vampires in movies and comic books. The Korean game company has brought this demon to the mobile gaming platform. In Man or Vampire, players will transform into a king of Heaven, who commands a hero army to fight against the dark forces and save the world from destruction.

Man or Vampire is in the RPG genre, which combines with turn-based action game elements. The first thing you need to do is to choose a character then join the journey in the dungeon to be able to collect more heroes. After collecting more teammates, gamers will lead them to fight for developing their own skills as well as other heroes.

After each battle wins, players will receive the necessary equipment to customize their character so that it suits and follows their tactics. At that time, the heroes will transform your abilities according to your wishes, such as becoming a mage, archer… or any character class that the player needs.

In Man or Vampire for Android, the dungeons and bosses are created completely randomly, so players will not be bored. Besides, every time a hero dies, you will lose that one and cannot revive him. This is the Roguelike element in this game. 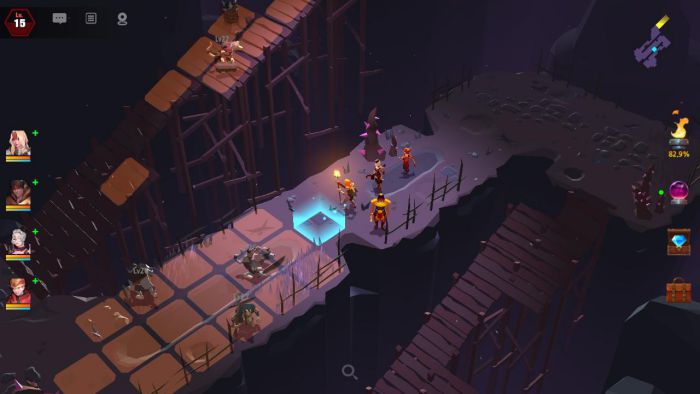 Man or Vampire is equipped with an auto mechanism, making your gameplay easier. But I advise you to do everything yourself to feel the good points of the game. If you only play the auto mode, it looks like you are watching an action movie.

Besides, the game’s control really made me not very interested in moving the characters. Instead of clicking on the virtual button on the screen to move,

players have to click on the screen where to move the character. This is quite inconvenient and affects a lot during the game, especially for mobile devices with small screens.

Recruit allies – who will join you on the adventure. Each person possesses different special skills and undergoes different training classes. You can help your partner become stronger through several things, including relationships, monster elements, team research…

Because the game is quite light on the graphics, nothing really stands out. In return, the game experience is very smooth and suitable for most types of devices. The characters are designed simply but have many beautiful colors. The game background is designed in a dungeon with the main dark tones combined with the sound that makes the game somewhat mysterious and scary. 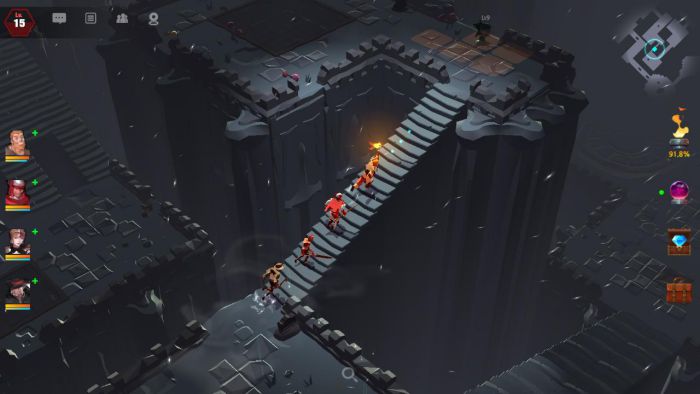 In general, Man or Vampire has a new gameplay, in which you have to both explore the map and gather teammates – who will join the adventure with you. Besides, the main character is the only object that is both a human and a vampire. You can switch between them at any time and learn advanced skills from your teammates. Readers can download Man or Vampire MOD APK (GOD MOD/One Hit) at the link below.