Master Thief APK (MOD Unlocked) is an entertaining and exciting action game from the game maker Ketchapp. Surely, you are not strange with Ketchapp – a famous game maker, which gives players extremely simple but interesting gameplay. We have to mention many popular games from this developer, such as Rolling Sky, Knife Hit, Rush… Today, we would like to introduce to you such a great game named Master Thief. In the game, you will transform into a painting thief as well as have to escape from the police. Please join us to find it out right now!

Master Thief is a fun action game. In which you play the notorious thief who breaks into a museum filled with famous artworks. But this gallery has a lot of security layers, so players have to find a way to evade the guards to escape from the building without getting caught.

One of the interesting points of the game Master Thief for Android is that you can steal countless famous works of art such as Mona Lisa of Leonardo da Vinci or The Scream (Scream) of Edvard Munch. At the end of each level, you will see a screen with all the pictures you have stolen. 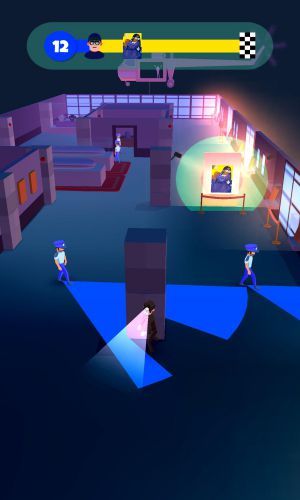 Find a way to steal and escape

In the Master Thief game, the gameplay is quite simple. All you have to do is touch the screen to move the thief from one place to another. When approaching a work of art, the thief will put his arms around it. Then, you have to run towards the exit to avoid being arrested. There will be a helicopter waiting for you to escape.

The first thing you have to do is hiding and moving gently, stealthily in the museum. Next is identifying the paintings that need to be stolen. At this point, you have to choose the right masterpieces, which is valuable enough because

they will bring you a lot of money. Depending on the value of the pictures, your task is to dodge the guards and escape by helicopter. If you get caught, the screen will end. Of course, you will have to play the game from the beginning. 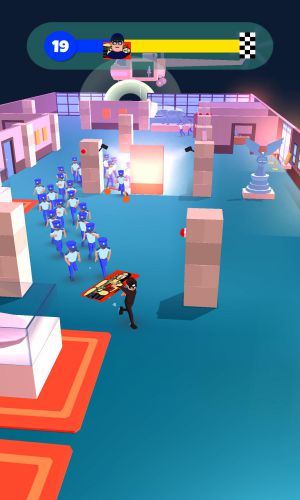 Master Thief has a lot of ways to play. Initially, the game will allow you to choose any picture you like to steal. It seems that they take place very easily. However, the higher the level, the more difficult the game will be. In those levels, the game will ask you to steal the required picture, and it also arranges more guards. They will be in random places in the museum. Even, they can burst out in places you never thought of. This is the test of reflex and judgment skills. Every time you got a painting, you will be paid an amount corresponding to its value. Money can be used to unlock characters, buy hints and more. 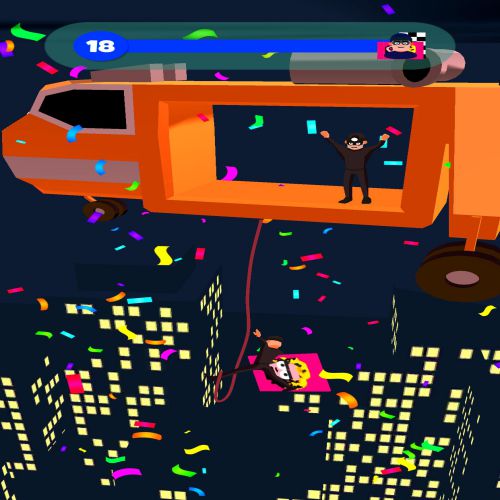 Ketchapp is a manufacturer of simple game design. Master Thief is such a game. It is designed on 2D graphics and inspired by animated movies. Even the paintings are extremely cute but do not lose their nature.

Master Thief is generally a game that gives players entertaining moments while stealing numerous famous works of art in the museum. As you progress deeper and higher levels, the security system will get tighter. Readers can download Master Thief APK (MOD Unlocked) for more advanced features in this article. Thanks and have fun!