MINImax Tinyverse is a strategy game with beautiful 3D graphics and unique gameplay. It was first released on PC via Steam. Currently, this game is available on Android and inherits most of the essence of the PC version. MINImax Tinyverse Mobile is a strategy game combining with some attractive role-playing elements. In which, players can freely show the ability to control their generals on a massive battlefield.

Tinyverse is a miniature world hidden deep inside an antique store named MINImax. In which, the two kingdoms, Aillai and Creaea, are constantly fighting for hegemony. They wait for a god to come and help them end this war. In the world of MINImax Tinyverse Mobile, gamers will play The Big Ones – The protective gods. You are watching and helping the people of the two kingdoms in the holy wars. At this time, the fierce battle mainly revolves around dropping soldiers to conquer the opponent’s Main Tower to win in the final. 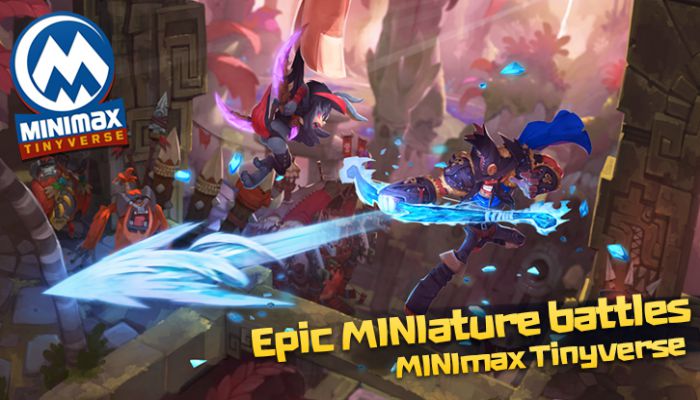 In MINImax Tinyverse Mobile, fierce battles will revolve around the mission of conquering opponent’s tower to win the game. You have to choose between Aillai and Creaea, the two kingdoms of Tinyverse and support your forces to defeat the army of enemies. Each army is led by a strong system of generals, which have many unique skills and attributes. Besides, you have many supporting units controlled by computer, but they can shape the battlefield through magic and special skills to control the map effectively. They are presented in the form of a giant hand that feels like a mighty saint who can freely change and shape the world. In addition, the match takes place very fast, dynamic and only takes 4 minutes to determine the winner. 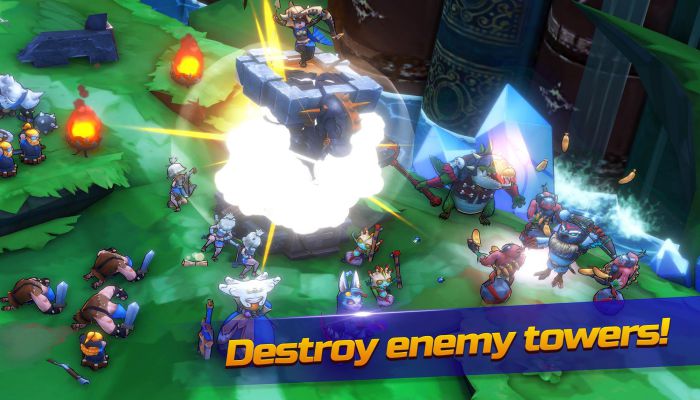 There are many things you can do to your advantage, such as destroying a road section to change the path of the army, clearing obstacles or dropping fire into a certain forest to burn enemies.

Besides, you can even freeze or energize water to create a perfect trap. Also, gamers can change the day and night for a certain time to reduce the visibility of the enemy and facilitate their team to win. 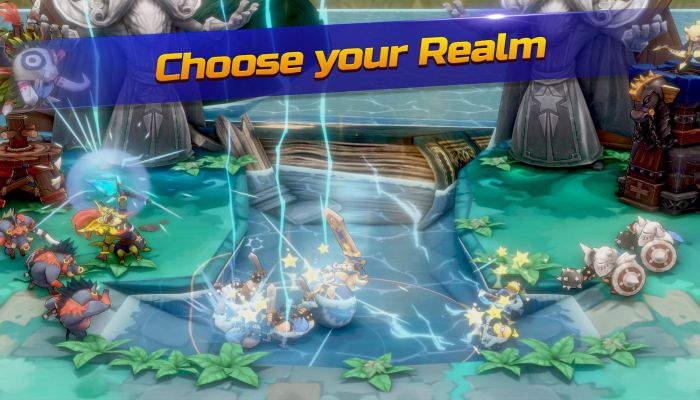 The key features of the game 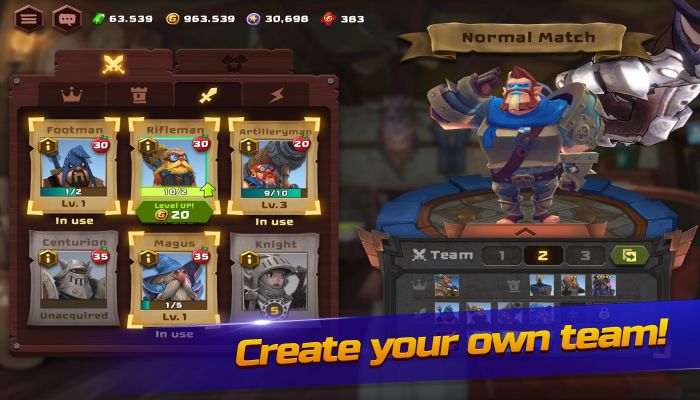 Overall, MINImax Tinyverse Mobile is inherited almost entirely from the PC version, from the gameplay, skills to the general and tower designs. But due to the recent arrival of Android, the game still has many minor errors such as dropped frames, lag or blurred graphics… Hopefully, the developer can fix them to give a complete gaming experience. Currently, the game is available on CH Play. Besides, you can download MINImax Tinyverse Mobile APK in this article for free.