Mobile Legends: Bang Bang is a great MOBA game on the mobile platform, which was released by MOONTON. It has been available on the market for more than 3 years. Although it has been a long time for a game, Mobile Legends: Bang Bang is still developing and attracting nearly 10 million players over the world. Mobile Legends: Bang Bang is attractive to the community thanks to the combination of new and existing features. In the game, it possesses the traditional features of the MOBA game genre: 3-way map, forest area, big monsters, diverse generals system, as well as the main goal is to clear the way and destroy the main house of the enemy. Besides, there are many differences that bring very high competitiveness in the Mobile gaming market. 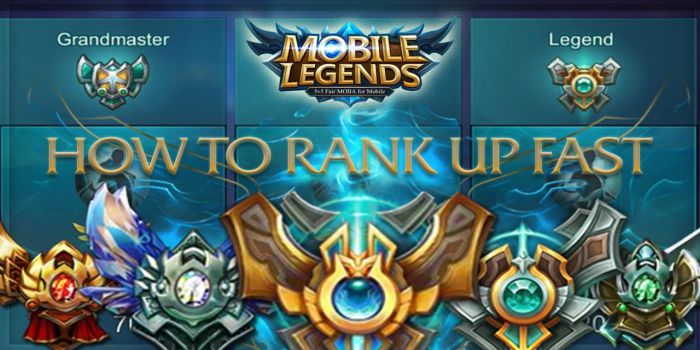 The traditional but attractive MOBA gameplay

Overall, the gameplay of Mobile Legends: Bang Bang is still a MOBA mode that is very familiar to gamers. You must be got used to with this gameplay on some popular MOBA games like League of Legends on PC or Mobile Garena. In the game, there are 4 areas including 3 lines for players to choose from including Top, Mid, Bottom, as well as the forest area where players will kill monsters to gain experience to support other roads. There are 6 game modes: Classic, Ranking, War, Fight, Freedom and Survival. You will join the 5V5 Online battle in real time to protect your bases and destroy the enemy bases. The ultimate goal is destroying the enemy’s main house. 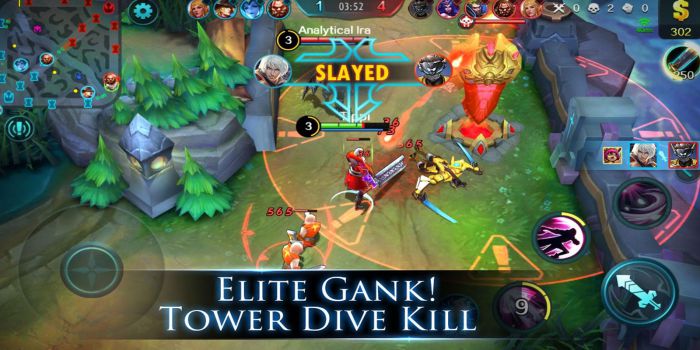 In addition to the attractive gameplay and rich game modes, Mobile Legends: Bang Bang also possesses more than 70 generals. Along with that, the skill system is also very diverse such as auto shop, attacking, defending, moving or other special features. If you know how to combine your hero’s skills properly, you can create virtual combos with high damage. Each general in Mobile Legend can carry up to 5 different items to increase both attack and defence. To create maximum efficiency, the game will support you on how to choose the appropriate items for each general. 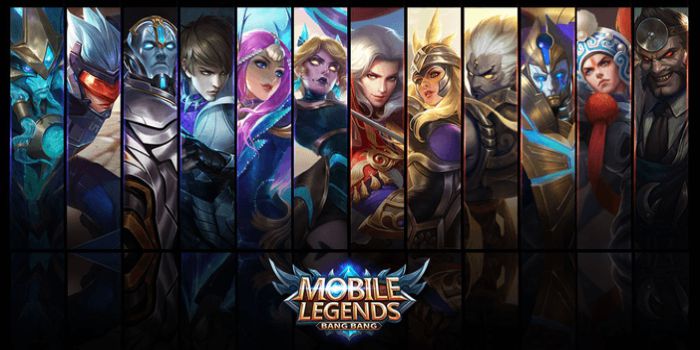 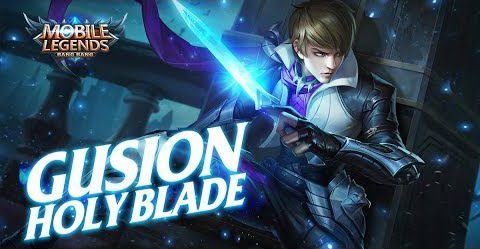 Gusion is one of the most powerful assassins, which is almost always banned in every ranking match. With extremely snappy skills with high damage, Gusion can easily jump into enemy teams and deal huge amount of damage on a large scale. The more he killed, the more powerful he will be, as well as you will almost be unable to stop him. He can constantly move and attack other weaker generals unexpectedly. In addition, Gusion is not too hard to play, so new players can also use it to get used to the game. 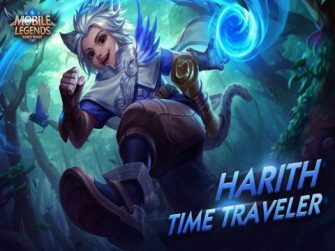 Like Gusion, Harith is a great general who also has a flexible set of virtual skills. Although there is no ability to make the high damage and kill the opponent as fast as Gusion, Harith is compensated with his maximum flexibility and super strong thanks to his special skill set. Harith is a suitable general to hunt the enemies. Eventually, he can still break the enemy formation without his equipment. In addition, gamers can equip this general in many ways depending on your playing style such as maximize damage, long-range attack or slow down the enemies. 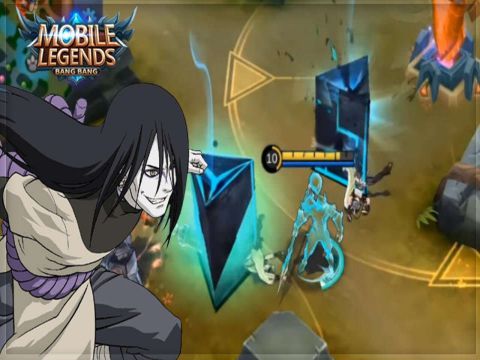 Faramis is a supportive general but he has great damage in Mobile Legends. With the ability to temporarily control the enemy by pulling the chain, Faramis is the best at reviving entire team for 10 seconds to continue fighting. His ultimate skill helps the team to turn the game around even after being defeated. Moreover, he has the ability to make extreme damage on the enemies which makes the enemy team very difficult. With each of these skills, Faramis is considered one of the strongest generals in Mobile Legends. 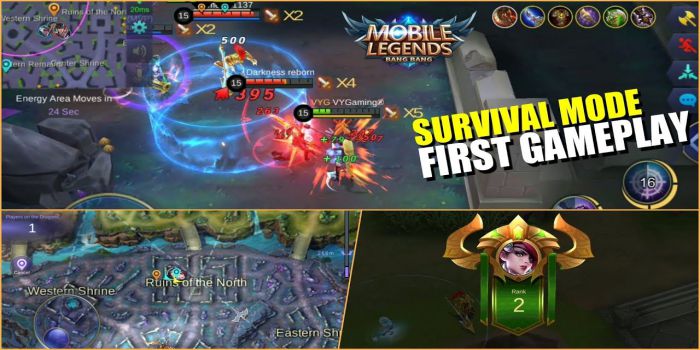 Mobile Legends: Bang Bang brings gamers a great survival game genre with a very interesting mode. In the game, you can experience full of elements such as large map, multiplayer, BO circle, pick up equipment to increase strength… The difference in this game mode is that when your teammates die, there will be a short time to revive. At the beginning of the game, your general can level up to 15, which will help accelerate the game’s combat progress as well as increase the tactics and combat coordination of the players.

BP is the kind of in-game currency that gamers can easily own in Mobile Legends: Bang Bang. In which, gamers can get BP through many features, tasks or simply completing a game. The most common ways to make BP is opening Chest, completing the task, maintaining the maximum reputation points, completing the achievement system… BP will help gamers buy all generals permanently to have the most complete experience.

It is unlike other MOBA games that players must think hard about choosing or arranging the pearl board properly. In Mobile Legends, the pearl board is divided into different roles and easy for players to choose from.

The diverse buff depending on the hero 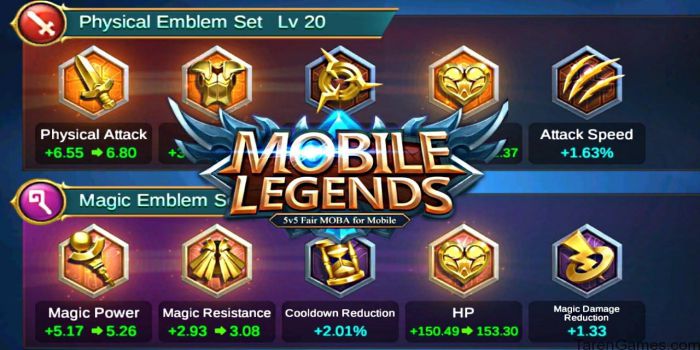 Other MOBA games mainly have 2 types of Blue and Red buffs, but Mobile Legends has much more creativity when you can get the buff suitable for the general’s attributes. These buffs make the game more balanced, instead of depending much on the assassin character as in many other MOBA games. 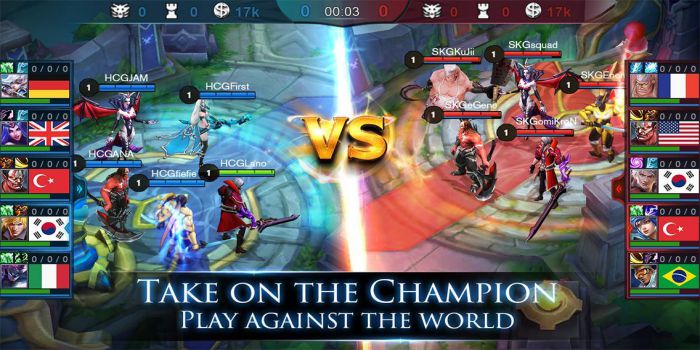 Unlike other MOBA games such as LEGENDARY Alliance or Coalition Mobile, Mobile Legends allows players around the world to compete with each other through the Ranking mode. That helps increase competitiveness, makes more fun for gamers.

The graphics and design of Mobile Legends: Bang Bang

Graphics in Mobile Legends can be considered as one of the key factors of success of this MOBA game. It has an extremely unique and beautiful graphics with rich colours. Besides, all the details of the game are designed meticulously such as the forest monsters, the generals, minions and plants. Furthermore, the skill effects are clearly designed, which makes players not to be overwhelmed by chaotic combat.

In particular, with effective graphics optimization, Mobile Legends can run extremely smoothly even in the most intense combat scenes. After adjusting the configuration, the game can work well on the phone that has 2GB RAM with no jerk. Regarding the optimal capabilities on the platforms, it is clear that Mobile Legends has done very successfully. 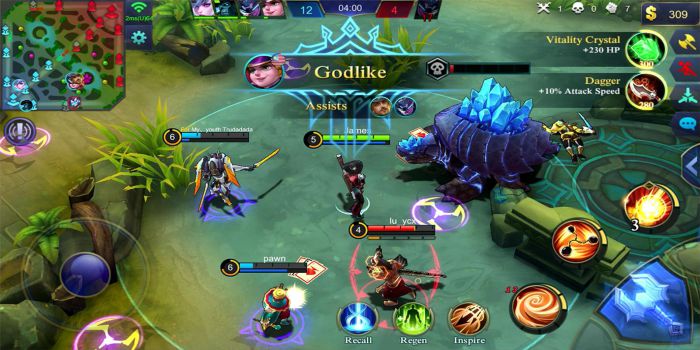 We have just given you an overview of Mobile Legends. There will be many more great articles on this fascinating game. We are trying to update as soon as possible. Below is the download link for Mobile Legends: Bang Bang v1.3.98 Mod Apk, which has a lot of interesting modified features. Above is all you need to experience Mobile Legends: State bang in the most complete way. Wish you have moments of fun gaming experience and don’t forget to follow our website to update new games daily! Thanks and have a fun game!