Naruto: Slugfest APK – The first global 3D MMORPG in the Naruto universe, has officially launched on Google Play. It is a mobile game developed under the cooperation of Gamesamba, Shueisha, Studio Pierrot and TV Tokyo. Naruto SlugFest is also the first 3D open-world RPG in the gaming community, which was adapted from Naruto.

On October 24, 2019, Cubinet Interactive announced that it had purchased the rights to release Naruto: Slugfest. They will soon launch the game worldwide. Also, this publisher is known to produce more than 40 titles on PC and Mobile, including Perfect World, Forsaken World, Battle of Immortals… 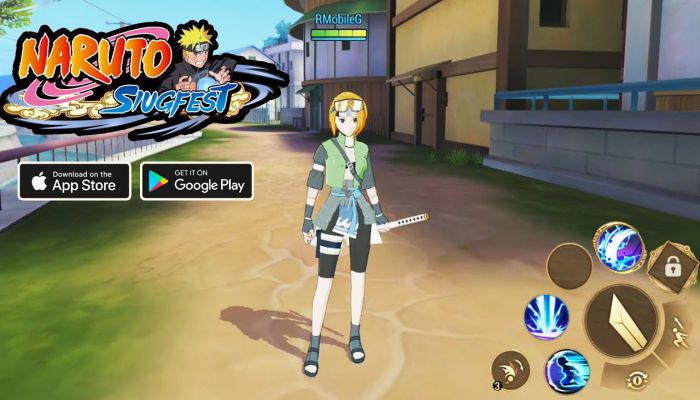 Naruto: Slugfest takes place at the beginning of Anime Naruto: Shippuden, when Naruto returned to Konoha after training with Jiraiya. A clash between Naruto and Akatsuki is about to happen. Are you ready to fight alongside Naruto to protect Konoha? Naruto: SlugFest brings players into the anime world with a unique sandbox style. Besides, gamers can explore the plot through a series of different real-time linear missions. It is also possible for you to enjoy the story of the game in different ways. 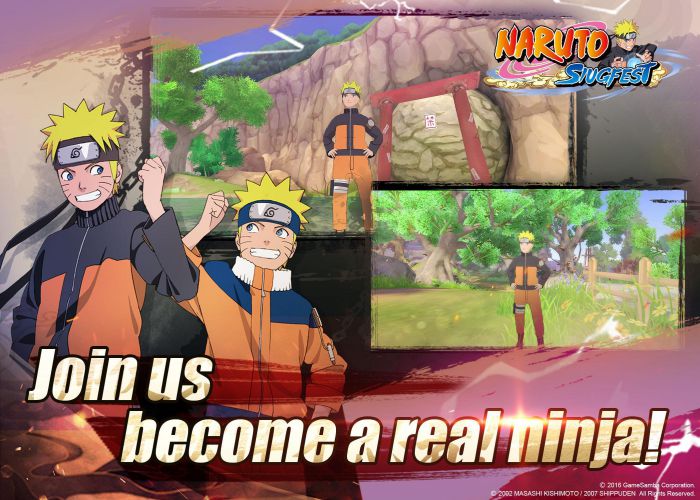 In Naruto: Slugfest, the gameplay is similar to many other Naruto role-playing games like Naruto X Boruto Ninja Voltage, Ninja Heroes, Naruto – Konoha Mobile or Naruto Shippuden: Ultimate Ninja Blazing. In the game, players have to complete the Mission to gain experience points and new equipment. But first, you can freely create a character from 4 diverse classes.

Besides, gamers can use the experience point to upgrade skills for Ninja. There are many classic and familiar skill types in the game, so fans of the series will definitely love Naruto: Slugfest APK.

Although the game allows players to complete quests automatically, there will still be a series of quests that require the use of all the character’s skills. That’s why the controls are perfectly designed to work smoothly on smartphones. In the game, you can move by using the virtual control bar on the left and right. Also, the game provides many other buttons to attack and release Ninja skills.

Naruto: Slugfest possesses a diverse character system, inheriting from the famous Naruto manga. The game will bring players back to the familiar Leaf village. In addition, it provides you with many familiar characters, such as Naruto, Sasuke, Sakura, Kakashi and other familiar characters created by Masashi Kishimoto. Gamers can choose one of the character classes like Berserker, Geisha, Archer, Assassin and summon their favourite characters to join in missions and build unique Ninja story. Naruto: Slugfest will help players open the path to an exciting open world MMORPG adventure. 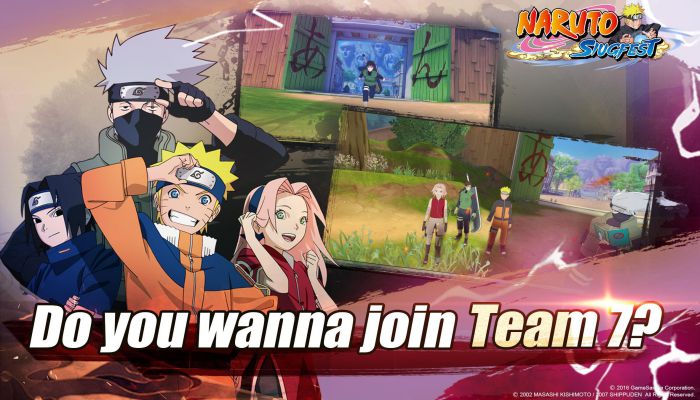 Join the fierce battle in real-time

In the game, you will fight with other players in the vivid 3D environment of Naruto: Slugfest. You can choose to fight many backgrounds, combine many types of skills and fight with famous ninjas from around the world. Naruto: Slugfest offers diverse modes like PvP, PvE, and team battles.

Naruto: Slugfest possesses a beautiful 3D graphics, with camera 360 degrees. Players can see the sunrise, sunset and the weather changes, explore the vast open world, perform the quests to receive rewards and experience life as a true Ninja.

The fighting style is full of action with beautiful fighting effects and stunning combo skills. Because the characters all bring unique skills, they can also work together to create great battle scenes. This will be a very quality product and suitable for Naruto enthusiasts