In the last quarter of 2019, the blockbuster mobile game based on the popular anime Naruto X Boruto will be released. This is a cooperative product between publisher Bandai Namco and developer Crunchyroll. They introduced and promoted at Crunchyroll’s private event in San Jose on August 30. The game tells the story about a young ninja who became the leader of his village. Every situation revolves around the lives of such a hero. As expected, Naruto X Boruto Ninja Tribes will have both Android and iOS versions in English, so gamers around the world can easily enjoy. Besides, in the Japanese market, there is also a web version.

In terms of content, game will follow the main story of the anime. It is still the great battle between Ninjas of Naruto’s village. Besides, he will be with his son Boruto in the adventure.

In Naruto X Boruto Ninja , gamers will gather a squad with 3 members to battle from many characters in the anime. Players will have to choose the right combo. For those who have followed the Naruto movies will have a great advantage.

Specifically, the gameplay of Naruto X Boruto Ninja Tribes has not been revealed, from the game trailer as well as the newly provided images. Perhaps the strongest skills of the team require the coordination of all 3 new characters for fully effective. Of course, this is probably just a trick of the manufacturer before the game is released, so it takes a while for us to verify. 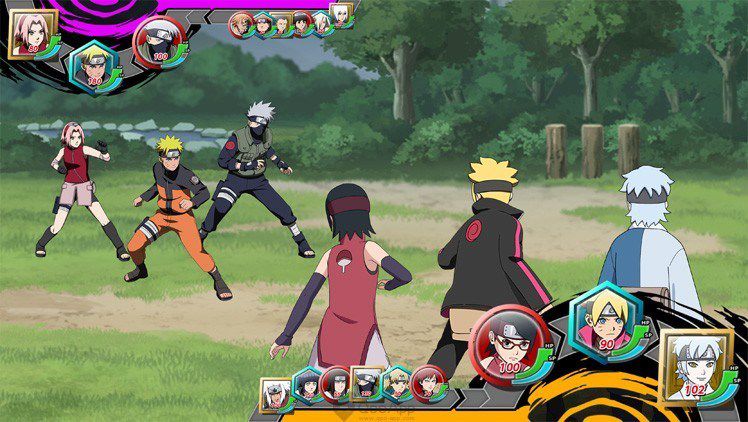 Game is made with high-quality 2D images that evoke familiar feelings as you were watching an anime. The moves are also shown in as much detail as possible. In addition, the characters are designed extremely similar to the original version in the movies and stories, so Naruto fans will feel excited. 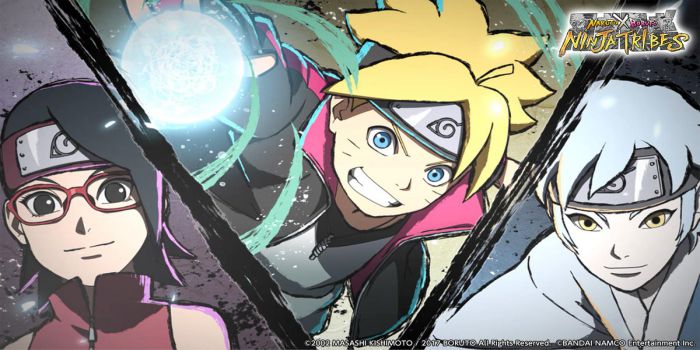 Currently, the game is only in the pre-registration phase, scheduled to officially launch in mid-December 2019. Naruto X Boruto Ninja Tribes will be available on both iOS and Android. The link of pre-registration is in the download section at the end of the article. If you live in Canada or the United States, you can pre-register on Google Doc for more information and pre-registration. In the PC game format, the service will be provided via Zenza, a platform that can be played through the browser in the popular Japanese game format. It provides services through the web platform instead of downloading. For games in the form of smartphones, there will be separate apps. But Bandai Namco confirmed that mobile gamers can use zenza can open it via the browser on their device.

Improvements of some functions