One Piece: Bounty Rush MOD APK is a Mobile action role-playing game based on the popular manga One Piece. Information about the game was revealed at the end of 2017. After that, Bandai Namco published the global version in March 2018. The game is Luffy’s adventure with the Straw Hat group. Your ultimate goal is becoming the Pirate King by finding the legendary treasure of the previous Gold D. Roger (Pirate King). Please join modgameapk.net to find out the interesting features of the game right now! 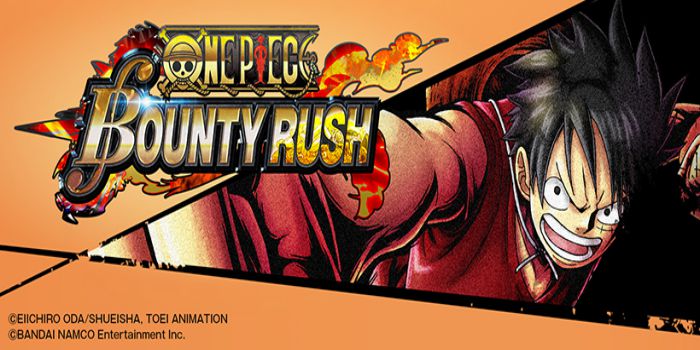 One Piece: Bounty Rush is designed in an action role-playing style. Besides, it also combines with fast-paced. In the game, players will participate in PvP mode ( 4vs4), in which they will be paired with each other to find treasure with the goal of obtaining as many Devil Fruit (game currency) as possible within the requested time to win the game. After the time out, the team that collects more will be the winner. Certainly, it is not easy for you to collect Devil Fruit because the enemy has the same mission as you. Fire engagements will definitely happen in every match. Therefore, you should not give up when the time is not over, as well as, fight to the end and enjoy the glory. 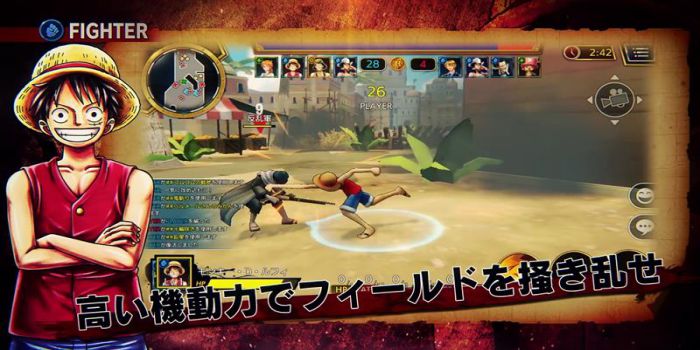 One Piece: Bounty Rush characters are divided into 5 main classes with more than 40 characters. They have extremely unique skills, which symbolize Warrior, Gladiator, Supporter, Gunner and Swordsman. In the Straw Hat group, they are Luffy, Nami, Zoro, Sanji, Chopper, Usopp; the enemy team includes Arlong, Buggy the Clown and Crocodile. Besides, the game has the Yonko group with Shanks (Red-haired Shanks) and other familiar characters who have appeared in the previous products of Bandai Namco. In this version, the characters are even more unique and diverse.

Each member of the Team can freely choose the characters in One Piece world to create a unique squad with great tactics. Of course, each of them will have a different combat style and skills. 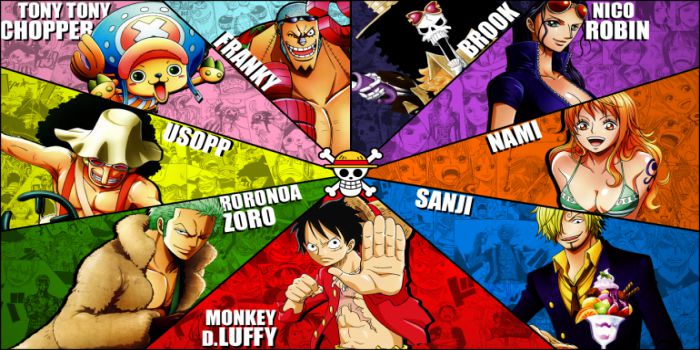 In addition to exploring content through single-player mode or 4v4 multiplayer mode, One Piece Bounty Rush also provides more Multiplayer features. It allows gamers to be able to compete with other players in the world. 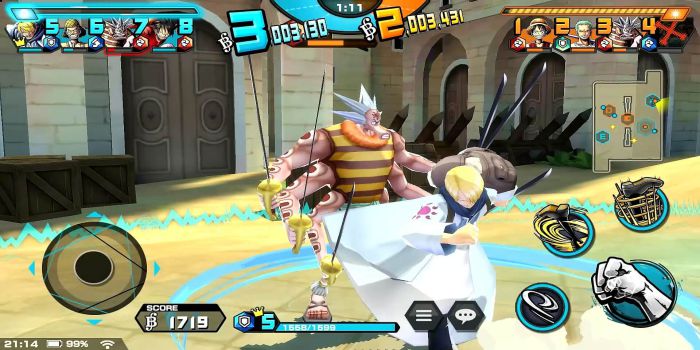 In addition, the control mechanism of the game is quite simple. Gamers can easily touch, swipe on the screen and some virtual keys that are arranged quite reasonably, giving players the most convenient and interesting experience.

In addition to the above impressive features, the game has 3D graphics with a 360-degree rotation viewing angle. It helps the game experience the most authentic. Besides, the sound effects are vivid, giving players a very exciting gaming experience. 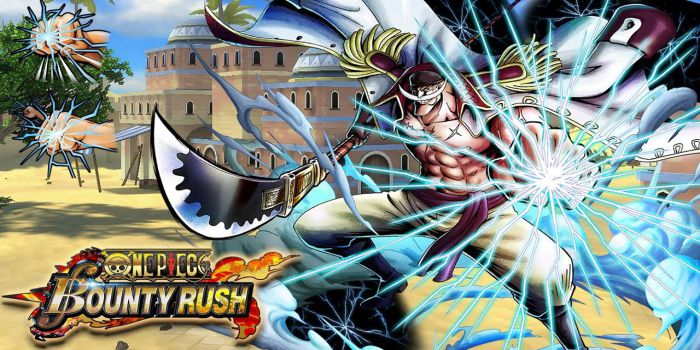 The appearance of One Piece: Bounty Rush marks Bandai’s 4-time release of One Piece games. They have brought a lot of valuable memories for the players. Those who are fans of popular Japanese comics will definitely not ignore this great game. Let’s download the One Piece Bounty Rush APK MOD right now! Please leave your feedback in this article for giving us your review for better works in the future! Thanks and have a fun game!

・Quality of life improvements to Friend Battles.
-Name changed to “Room Match”.
-You can now choose to play with 4 or 8 players.
・”Private Battle” name changed to “Free Match”.
・Reward restrictions increased for players who are determined to have intentionally stopped playing in a battle but remain in-game.
・Fixed a portion of other issues.