The instructions on how to play Onmyoj Arena for beginners

The instructions on how to play Onmyoj Arena for beginners

Clarify the types of generals

The first, Like in any other MOBA game, there are 6 different roles in this game. These are Samurai, Ninja, Tank, Mage, Marksman and Support. Every role has unique importance, so it is not a problem if you play the role of Tanker or Supporter. In battle, you should keep the team balanced as well as do not choose too many generals of the same type. Besides, you should focus on playing well a few generals. At this point, you should play well at least 3 generals. That’s basic. If you don’t play a few heroes, it is very difficult to fight. You should not play too many generals. When you play the important match, you can use the general that you play the best. However, you have to try as many as possible to find the most suitable hero as well as find out the unique feature of every hero to deal with. 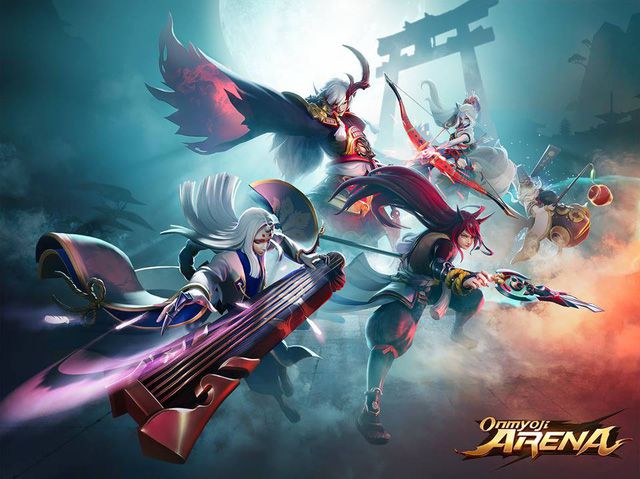 Identify the lands on the map

After you know the feature of generals, you need to know which lane is best for each class. It is different between MOBA games but I only talk about Onmyoji Arena in this article. In this game, there are 3 lanes including Top lane (TOP), middle lane (Mid) and bottom lane (Bot).

Now, this land is often for the Samurai generals or they can farm if the shikigami is also a Ninja. For example, Inugami is more suitable for the role of Ninja. You can also use Shishio for ninja class. Meanwhile, Tanker always dominates so it doesn’t work well in the Mid or Bot.

Mage (mage) is mainly and usually goes to the middle lane. In the middle line as a magician, you will guard and also help BOT or TOP when your lane is clear. However, you should always observe the map as well as do not just go around and do nothing. If you find it dangerous for Top or Bot, you should help them. However, you should only help them when your lane clear or in some necessary situation. It is not good if you stay too long in the lane of others. Marksman (gunner) doesn’t play well in this lane. It’s just a gunner. In this game, you should choose Fakutachi, because she is magicians.

Marksman and Support will be suitable for this lane. In which, Supporter does not always mean to be full support. Mage can also be a support. In this special lane, you should be careful because the ninja will try to ambush the gunner.

Communication is very important. Don’t be stubborn and listen to your group once. You should send instant messages or Voice chat as well as pay attention to it. Talking to each other will create solidarity and coordination, which will make your game easier.

Be calm and patient

If you want to open a fight or just jump in or ambush, you should observe the map. It will give you more advantage to see if your teammate nearby or any enemy fight back and chase you. So, you should watch out, calm down and coordinate well with your teammates.

For example, when you play as a gunner than you need help, you asked for help and suppose your group is on TOP but you are on the bot lane. At this situation, you should look at the map to see if anyone answered. Mostly they will respond to support, so you should be patient and don’t spam chat messages.

Besides, if you see the enemy in the bush, you should inform that to your group. Gamers can use quick chat. Don’t just wander around or do nothing!

Use minions to destroy the enermy towers

It is very dangerous if you run into the enermy towers’ area alone. So, you should wait for your soldiers to enter first. The town will attack your minions first, so you will have chance to attack tower without being attacked.

Develop the equipment in Onmyoji Arena

You may know, unlike others MOBA, this game has items that you can activate right away. You will get some great buff effects. Equipping items is very important, which helps players increase their power quickly as well as makes the game more dangerous and dramatic.

How to use the pearl board in Onmyoji Arena

First, when you enter the game, you can select the Prepare box on the main screen. After that, you can select the Onmyodo box to open your pearl board. Then, you click on the menu button (on the 3 dashes icon, it is on the Onmyodo 2 box). The next, you will see 4 permanent pearl tables. You cannot change because they are marked with a lock icon. In which, Physico is for physical damage; Magic is for magic damage; Tank is for defence; Assist is for supporting.

Besides, you will see 10 pearl tables on the low part, which you can change and arrange them at will. Each pearl board will have 9 circular cells and 3 large circular cells in the vertical shape. Each cell will have only 1 different type of pearl. For example, if you click on the big circle on the top, the right side of the screen will appear the types of pearls that you can add. Even if you choose the Feather sigil, it will reduce cooldown by 15%. 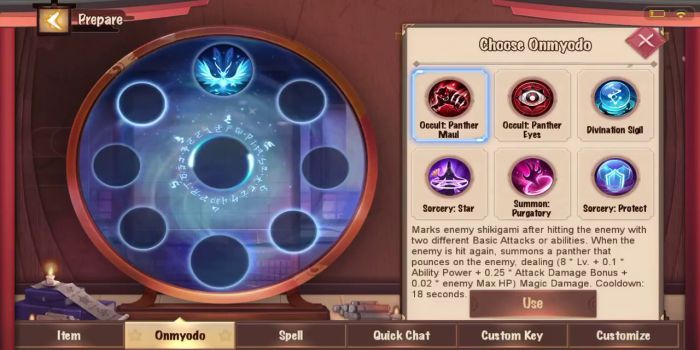 The jungle character in the Onmyoj Arena

However, in Onmyoji Arena, it does not allow this effect. Your group needs to divide into separate role including Tank, Marksman, Mage, Ninja, Support and farm in the match.

The types of monsters in the forest

There are 4 types of forest buffs, namely Slow, Stun, Armor Break and Heal down. Each buff will be given depending on the corresponding Kirin you killed:

Like any other MOBA game, killing a large monster in the forest will give the player a big effect. It is similar to Orochi. When you kill it, you will get 3 mutant effects, increasing your damage greatly. In addition to the 8-headed Orachi dragon, there are common monsters including Kraken and Ryujin. 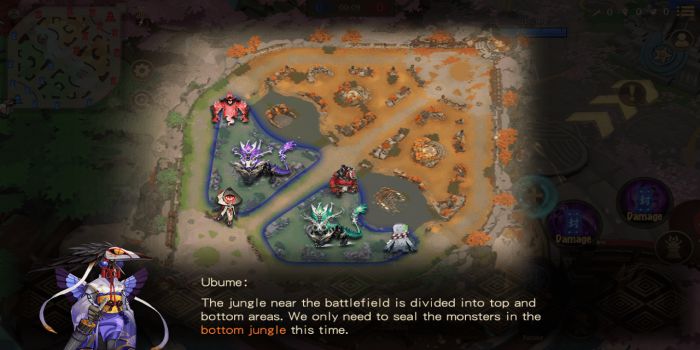 Above are all basic instructions for the beginner to play Onmyoji Arena. Also, you can consult some tutorial videos on YouTube and regularly follow our website to update more useful information. Hope you have made the right decisions for your game. Thanks and have fun!