Overdox is a mobile ACTION Battle Royal game from the Korean developer Haegin. In this post, we would like to give you the mod version of the game named Overdox, which provides unique MOBA and survival gameplay when it only allows melee weapons. Although Overdox MOD APK has just been launched, it promises to be a game that eliminates the gun screen of PUBG and Fortnite to focus on the melee battling experience. In the game, you will feel the atmosphere of fierce battles when you face enemies in real-time. In which, you have to use your skills to shoot, dodge, and defend. Only the fastest and most skilful warrior will get the glory. Let’s find out the game right now! 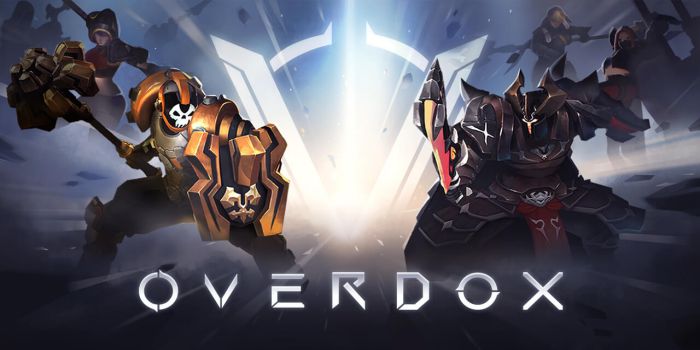 Although playing in the MOBA style, Overdox is not the same as games like League of Legends or Arena of Valor that people often associate with. Besides, the game has 12 players corresponding to 12 gladiators. They will fight with each other, and the last one will win. Therefore, it is almost a combination version between MOBA and Battle Royale, but it completely focuses on close-range battles. The game itself will last about five minutes as it has the entire continuous miniature circle that you are familiar with from Battle Royale. Overdox allows players to quickly join the battle and enjoy the survival genre without spending a lot of time in each match. Since there are only 12 players in a match, the map is smaller than in any other mobile battle royale game. Besides, because it also has style from the MOBA side, you will have a limited visibility circle around your character instead of being able to see the entire map. 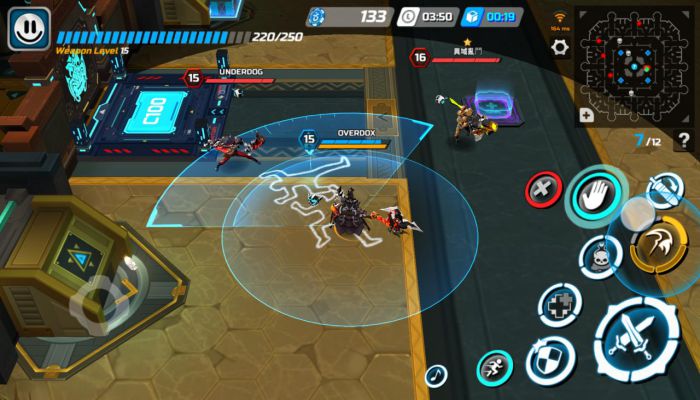 You will be able to rush, dodge, and attack, so it seems that some thinking and reaction skills are needed to fight beyond simple melee combat. Gamers will use the skills collected from the battlefield to defeat the enemy. There are some typical skills, such as speed, poison trap… Besides, there will be some energy columns appearing on the map. When you get them, you will cause reducing the enemy’s visibility, and it will be easier to ambush them.

In addition, the controls are similar to MOBA games, in which skills and positioning are very important to your survival. Since everyone is fighting in the form of melee combat, you should take advantage of the surroundings to set traps or hide in the bush to suddenly attack the enemy.

In addition to fighting, you have to collect and upgrade equipment pieces to enhance your attack, defence, stamina or speed. By collecting a complete set of equipment, they will bring you special effects. Also, weapons can be easily upgraded, which gives the character a unique set of skills.

There are many monsters scattered on the map that will try to kill you. Moreover, the other 11 players will also try to attack you. Each character does not have a fixed weapon. You can choose a hammer and swords. Similarly, there will be different devices that you can equip them, which will provide many types of buffs, such as healing. Also, you can get a drone that will accompany you to be able to offer some supporting powers. 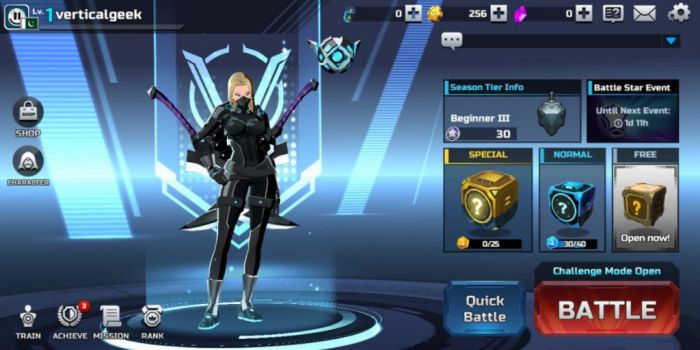 In Overdox, the graphics are beautiful, which are as good as the famous action games on the market. Special effects and character designs are futuristic with a bit of mystery, making the game unique. Besides, the game also has a rating system for items such as an attack, defence, agility and endurance, allowing you to compare your skills and other players in the world.

Required permissions: Access to Files / Media / Photos: This allows Overdox APK to save data or game screenshots on your device.

How to revoke the rights:

Android under 6.0: Upgrade the device’s operating system version to revoke access as above or delete games. 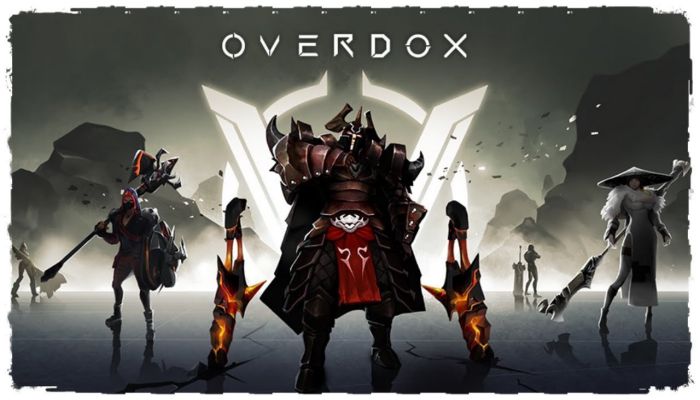 Overall, Overdox MOD APK is a great game with quite a creative gameplay. Besides, the game has a lot of interesting features such as collecting equipment, destroying jungle monsters, getting buffs. Although the game has a MOBA style, the design is extremely modern. This brings a playful feeling to the players. Readers can download Overdox APK at the link below. If you have any questions about the game, please leave a comment below. Thanks and have fun!