Pick.io is a new game from WM Games. This is a relatively new game publisher on the Android platform. Although they are a new developer in producing the mobile game, WM Games also brings players a lot of interesting products like Rusher.io, Pick Park, Keep Jumping… All of them have extremely simple but interesting gameplay. Pick.io is such a great game, which will definitely bring you the most attractive gaming experience. Up to now, the game has been downloaded and received a lot of positive feedback on Google Play. Let’s together with modgameapk.net to check it out right now!

As mentioned, Pick.io has very simple gameplay. In the game, your task is to move continuously, find opponents on the way, lift them and throw them to the ground. If you have ever played Crowd City – the best game of VOODOO, you will quickly get acquainted with the way of moving in Pick.io.

Right after starting the game, you will be thrown into a match with the other 9 players. The team match is random so you can be assured that there will be no cheating here. After that, you have to throw all the remaining players to the ground with smart moves and the ability to choose your target. When all the other players have been thrown to the ground, you will reach the top 1. When the game screen is finished, you will be given a certain amount of money corresponding to your position. Besides, you will receive stars, which will help you level up. When you level up, your character will get bigger, taller and stronger. At this point, you will have more power to beat any opponent in the game. 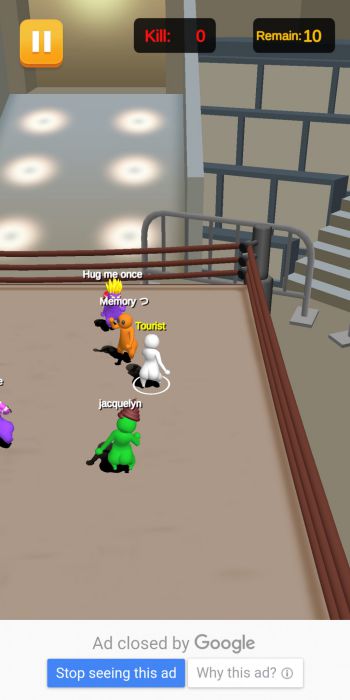 The interesting thing about the control here is that you not only move around. You also have to combine a lot of operations and have to use your agility to dodge the players with a bigger body. The control skills in Pick-up.io are as follows:

Move: You will move by pressing on the screen and move your finger in the direction you want. There will be an illustration of how to move at the beginning of the game so you should slowly play and learn.

Fleeing: To avoid strong enemies, you should run away quickly to find weaker enemies or always turn behind them.

Those are the two most effective ways to avoid fights to increase the chances of winning the top 1. 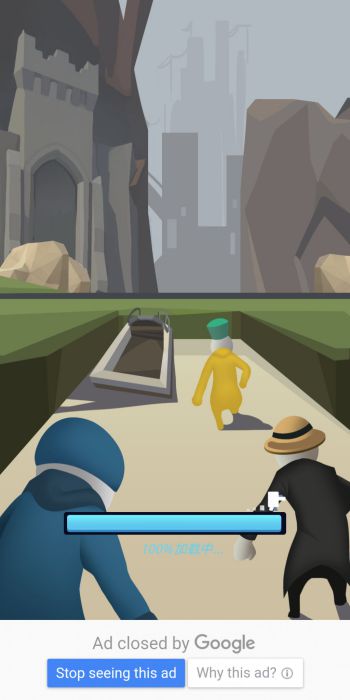 Unlike Crowd City, Pick.io has extremely diverse costume system and suits the style of many players. Each character is divided into three parts including skin colour, head and body. The gold coin that you earned after each game will help you buy equipment for these parts.

– The first is skin colour: in addition to white is the default colour, the game will have 8 more skin colours for you to unlock. They are all very beautiful and suitable for many players.

– Next is the head: the head includes glasses, eye colour, unique hairstyles and hats.

– The third is the body: in this part, there will be the equipment on the back such as backpack, collars, swimming floats, robes, turtle shells, rockets… The manufacturer has invested clothing parts very carefully. Hopefully, in the next version, they will add more costumes.

In addition, we would like to bring you Pick.io APK MOD, which is the modified version of the game. In this version, the game allows you to use a lot of money right from the beginning of the game. Therefore, you do not need to care about the cost or try to accumulate money. Please download it at the link at the end of this article.

Like the games with simple gameplay of Voodoo or Saygames, Pick.io is equipped with simple but interesting graphics. The plus points in the graphics come from the rich costume system and the harmonious colours combination. It can make you sit for hours in front of mobile devices without getting bored. 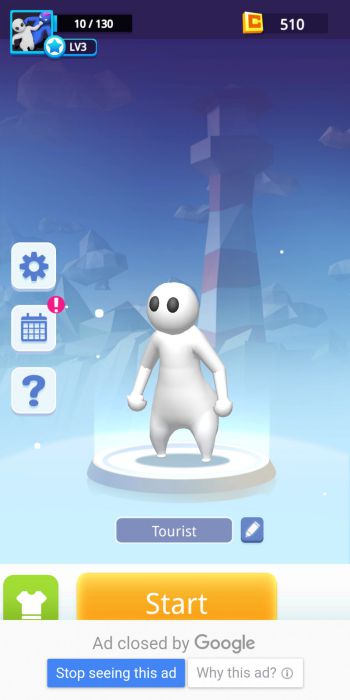 Pick.io is a perfect game for you to entertain after stressful working and studying hours. With interesting gameplay and harmonious design, Pick.io will surely bring you endless entertainment moments. If you have any question about the game, please leave a comment below. Do not forget to visit our website regularly for more interesting games and apps! Thanks and have fun!