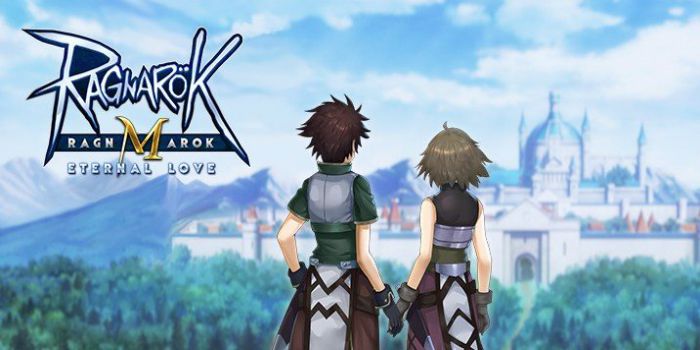 In the game, players will be able to create groups of character for journeys, form guilds to create sustainable develop and defeat the strong enemies. There will be a Guild Wall specializing for introducing the conquest when the players enter Ragnarok M. In addition, this game includes many attractive features of the MMORPG genre such as the pet system, cooking, the large game world, the achievement board that records the player’s victory against the enemy, discovering the NPC and more.

Besides, Ragnarok M: Eternal Love has an open-world adventure that will include more than 40 maps. It allows players to freely explore the details of the Ragnarok world. Also, it has a variety of subclasses for players to choose when they begin their adventure in the colourful and dynamic world of Midgard. 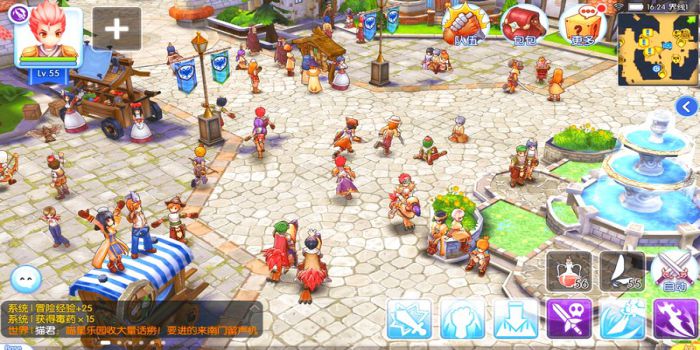 The Wizard: This is the character class with the highest Int point among the characters of Ragnarok M: Eternal Love. Besides, this class also has a good Dex point and a bit of advantage in survival ability. Due to using magic to fight, the wizard has the ability to perform the long range skills that cause great damage.

Priest: This is a class whose similar parameters to the Witch who has the highest Int points in the game. However, unlike the Witch, the Priest has a skill set of buff skills and is considered a key supporter in Ragnarok M: Eternal Love.

Assassin: With the agilely, great damage, the appropriate skill set to destroy the enemy quickly, Assassin character is suitable for those who like strong characters. However, this character class has quite low blood and defensive ability, so gamers have to use it reasonable in chaotic battles.

Hunters: Although there are some similar indicators to Assassin class, hunters are outstanding thanks to the skill set for hunting. In Ragnarok M: Eternal Love, the Hunter has the ability to set traps, activate explosives and make the enemy team panic. However, because the skill set is associated with the trap, Hunters require players to have patience and know how to calculate in the match.

Blacksmith: This is a class of characters who has a good ability of resilience with high strength and a large survival index. The Blacksmith’s skill set is quite diverse from increased attack stats, stun enemies, weapons creating, increasing the percentage of getting back the precious metals when disintegrating weapons.

Knight: This is the characters with a very high survival ability similar to Blacksmith, but Knight is for fighting. That is the reason why the Knight’s skill set can both cause damage and create bad effects for the enemy. 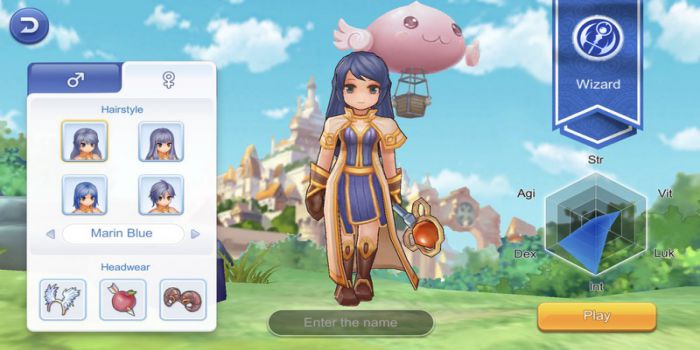 How to perform tasks and challenges in the game

As a mobile game but following a deep game on PC, players will move to every corner of the map, dialogue with each NPC instead of constantly going through repeated challenges. It can be seen, Ragnarok M: Eternal Love is not simply to receive and return the task by clicking on the screen. Instead, the system automatically brings to the required position that you have to locate the coordinates and move to it. Even sometimes, you have to search for the location requested by the NPC.

In the game, the control mechanism is also extremely simple with the intelligent auto system. It allows players to lock down a type of monster that needs to attack which does not make you chaotic moves in attacking as well as boost your missions’ performance. 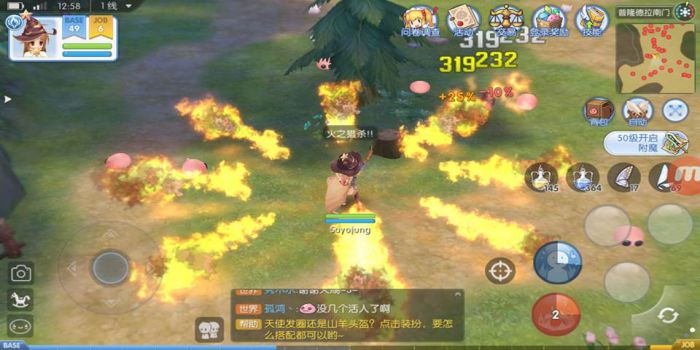 In Ragnarok M: Eternal Love, we must mention the skill system. Depending on the class that each person chooses, you will have all 2 skills systems including career skills and exploration skills.

As the level increases, in addition to distributing the potential points, the player must also choose to upgrade the necessary skills. Besides, Ragnarok M: Eternal Love also has many other attractions such as life skills system, map system, equipment enhancement, boss hunting activities, lively emoticons to enhance the interaction among players and players. 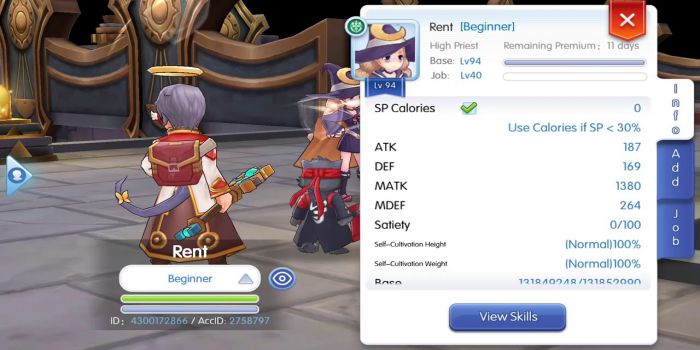 Every day, gamers will have 300 minutes to receive full EXP. Unused time can be accumulated up to 600 Minutes. For example: Today, you only play 180 minutes, so 120 minutes will be accumulated for tomorrow, which means that you will have 480 minutes full EXP. 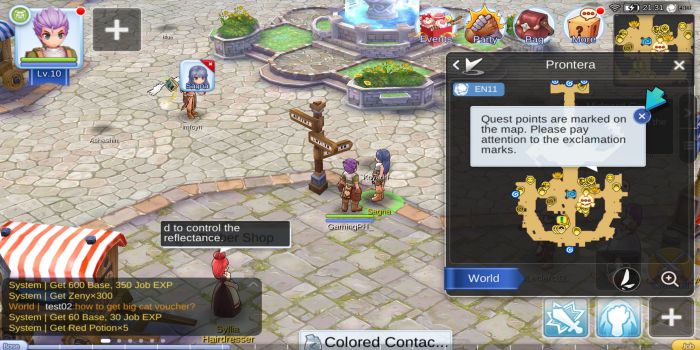 Occupation in the game

You can change jobs in game with Z (zeny – an in-game currency) or unlock another career branch by using BIT CAT COINS.

Channel in the game

In the game, each server consists of 50 channels. Only players with the same channel can see and talk to each other.

It is a plus point of the game that it offers more than 40 maps, symbolizing for more than 40 famous places in the world. Besides, we can see many classic cities from Ragnarok Online like Prontera, Geffen, Izlude and Morroc. Each map provides different tasks, in which you can interact with the NPC at the curb.

In the game, WoE and WoC are the 2 most popular maps. Therefore, in these 2 maps, the number of players appearing can be up to more than 200 people. You need to have a very high-end phone if you don’t want to lag when playing in these two maps. 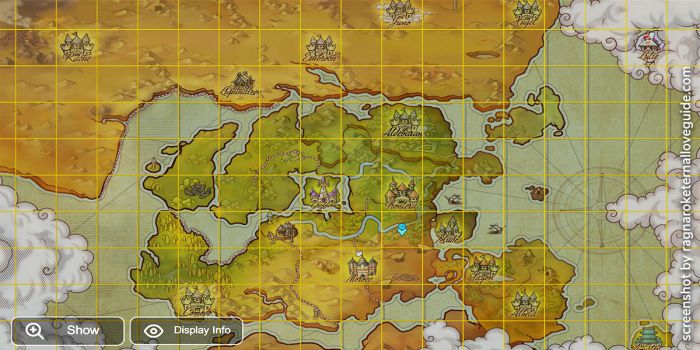 Playing with the friends

You will never fight alone in Ragnarok M: Eternal Love. Each class has its own characteristics, strengths and weaknesses. The players with different classes will need to set up special teams for certain battles like War of Emperium. For example, Warriors will be safer when they go with Priests; Hunters are stronger when there are Thieves helping them.

In addition, the Guild system is also available in this game. In the game, you can build your own guild and fight for glory along with your guild members. The game has a special wall in the Guild Hall that allows you to see and recall all the memories that you have made with your friends.

Every adventurer has their own Adventure Diary. When exploring Rune Midgard, everything you see, every battle you fight as well as any NPC and monsters you meet will be recorded in your book. It is one of the most important items in this game.

You will be able to find cute pets to go with you on your adventure. Besides, you can feed them and take care of them thoughtfully. They will be always beside you in performing task, adventuring or attacking.

Of course, you can explore the world with a special person (lover or friend) in Ragnarok M: Eternal Love. While you are holding hands with dear friends, you can see emoticons, special poses or unique effects. There is a romantic Ferris wheel in Geffen. You can invite someone special and share a romantic moment under the magical Ferris wheel.

Great food awaits you at Ragnarok M: Eternal Love. You can collect ingredients, prepare your spices and cook delicious dishes as rewards after a hard working day. In addition, you can also call your friends and join a great dinner party.

Ragnarok M: Eternal Love inherits the classic graphics of role-playing games that explore the world. The developer made a breakthrough when removing the 2D graphics that were judged to be slightly inferior. Instead, you can enjoy the beautiful and fresh 3D graphic but also very friendly to the user because of the familiar style. 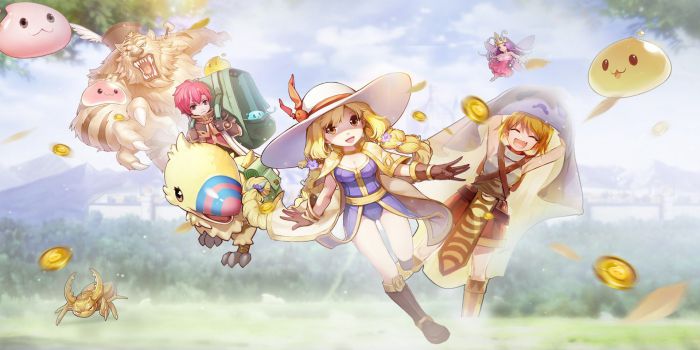 Since its launch, Ragnarok M: Eternal Love has attracted millions of players around the world. With an appealing gameplay and interesting features along with beautiful graphics, it can be said to be one of the best game titles of this summer. If you have any questions, please leave a comment below. Do not forget to visit our website regularly for more interesting games and apps! Thanks and have a fun game!