At present, there are hundreds of different sports in the world. We have to mention Football, Athletics, Swimming… especially mention the leading fighting sport – Boxing. This is a martial art fighting sport between two boxers. It is held to compete in many major festivals around the world, including the Olympic Games. This sport only allows manual attacks combined with moving legs, head and body. Thereby, Boxing has become the inspiration of many game makers in the world, such as EA with EA SPORTS UFC®, or FTT with Boxing Star. Today, MODGAMEAPK.NET would like to introduce to you a great game, which is a perfect combination of boxing and robot. The game is Real Steel Boxing Champions APK MOD. This is a sequel to Real Steel released by Reliance Big Entertainment, which has reached 50 million downloads on Google Play. Please join us to check the game right now! 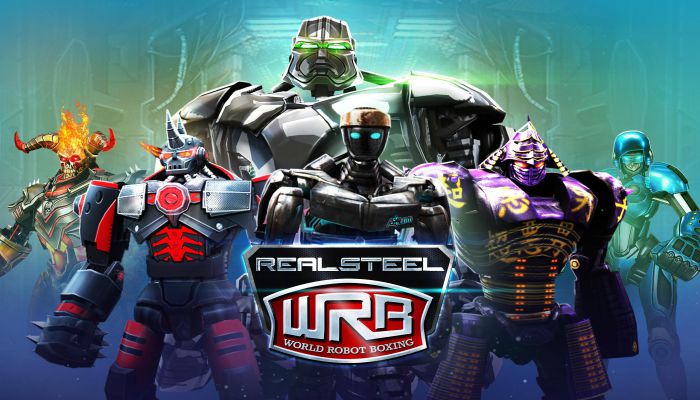 Fight to become the champion

In the game Real Steel Boxing Champions APK MOD, you will be thrown into the Ultimate World Robot Boxing Champion, a tournament for the strongest robots in the galaxy. The goal of all boxers participating in this competition is to defeat Zeus – WRB champion. He has never been defeated. However, nothing is impossible. Also, the gameplay is similar to other games of the same genre. In Real Steel Boxing Champions APK MOD, you will control a robot, fight and defeat each opponent to aim for the championship.

Besides, the game has Touch & sweep mechanics, which means that you only need to touch and swipe to control the character to move and attack the opponent. With some skills, you can choose to punch and defend by using your hands to block your opponent’s attacks. After fighting for a while, your energy bar will be fulfilled. At this point, you can use a critical skill. Also, the game will turn to epic action scenes between the two robots. It is like we are watching a part of the film Transformer. Sometimes, Real Steel Boxing Champions APK MOD will give you hints so you know what to do next. But performing each action as directed is not enough. Gamers need to know how to combine the attacks to create combos.

In Real Steel Boxing Champions APK MOD, there are a total of 58 robots for you to choose from. They have a height of 9 feet and weigh about 2000 pounds, so you will enjoy extremely intense matches. Because of their height and weight, they have a huge body and are known as the Titan Robot. Players can meet them through other Real Steel games along with superstar boxers like Zeus, Atom, Noisy, Touchdown, Blockbuster, Biowar, HollowJack… Moreover, the game allows you to customize and upgrade your robot. At Paint Shop, you can freely create unique colors for robots. Not only is the champion in the tournament but you can also be the stylish champion 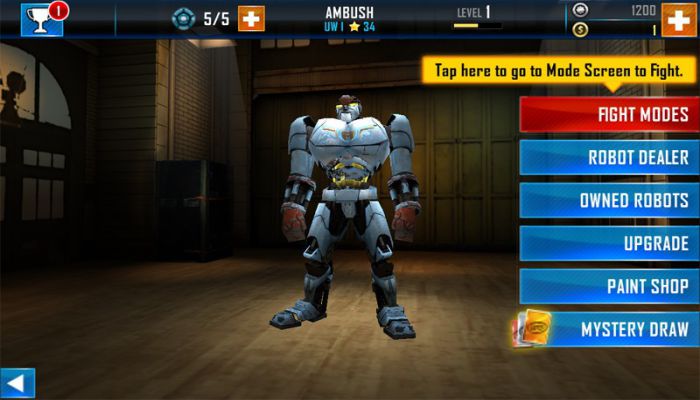 First, Career Mode is where you build your boxer career from an amateur to become a champion of World Robot Boxing. Besides, you can challenge friends or other players around the globe by participating in Multiplayer (connect with friends via wifi and Bluetooth). In which you can beat them and win the highest position in the rankings board. Also, Real Steel WRB APK MOD has a lot of other interesting modes waiting for you.

Real Steel Boxing Champions APK MOD possesses beautiful 3D graphics with realistic action scenes in every detail. The image quality and effects of the robot are perfect. With true sound, you can feel the weight of the punches of giant machines. When playing this game, I felt like watching a fight between Optimus Prime vs Megatron rather than a mobile game. 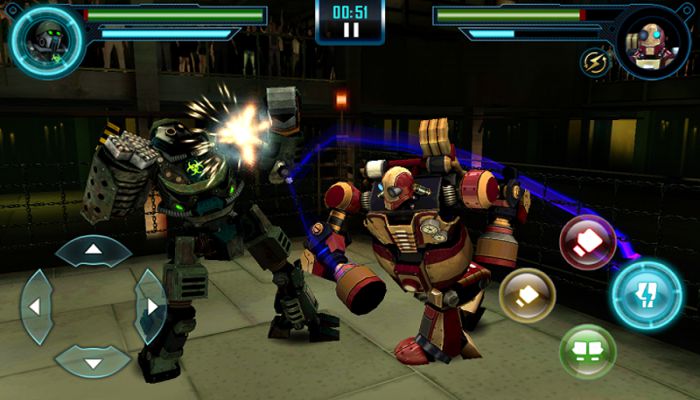 In this article, we would like to bring you the modified version of the game named Real Steel Boxing Champions (MOD, Unlimited Money). It gives you an unlimited budget to buy and upgrade everything in the game. With this MOD version, you can turn your robot into the most powerful, invincible machine. 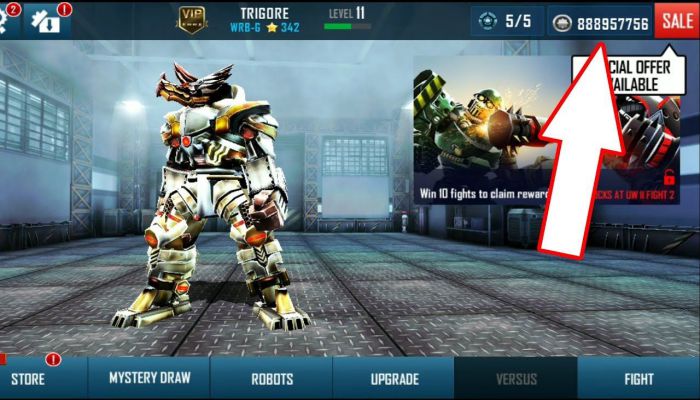 Besides, Real Steel Boxing Champions APK (MOD, Unlimited Money) requires you to install OBB files, so you need some extra steps to install the MOD version as below:

Build your own robot and bask in glory with the legendary Red Beret on your roster.

Bug Fixes and Optimizations were done in the game for a smoother, effortless, and flawless gameplay experience.