Renegade Racing is a funny racing game. It has been since 2002. For the first time, the game appeared on a website platform like Miniclip. Up to now, it has been played more than 180 million times since its first release. Recently, Not Doppler has confirmed that this popular online racing game has released on both iOS and Android on November 13. Many people are excited about it. During the pre-registration, it received over 2.1 million gamers. More about the game, this is a very odd side-scrolling racing game, with lots of crazy vehicles and zero gravity tracks. It sounds interesting and strange. Let’s find out more details about the gameplay and key features of Renegade Racing right now! 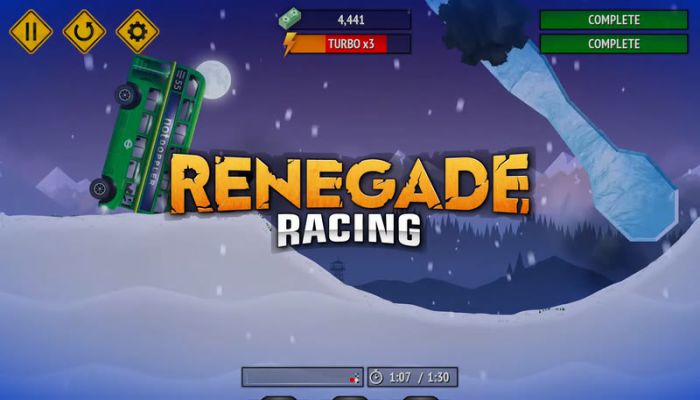 In the game, you will have to race and perform missions with many kinds of vehicles such as monster trucks, forklifts, police cars and even an ice cream truck. There are more than 10 different vehicles for you to unlock. Moreover, you can upgrade them to increase your chances of winning the 1v5 races. Besides, the game provides you with many things to unlock like powers and tires. You have to complete a certain number of tasks to unlock them.

In addition, the focus of the game is not just on how you drive, but on how you perform the special skills. You not only complete the game but also show your superior skills without getting hit by obstacles and burning. Performing different stunts while racing will improve your turbo speed. Therefore, the more you can perform acrobatics or move with one wheeler, the faster you will go. 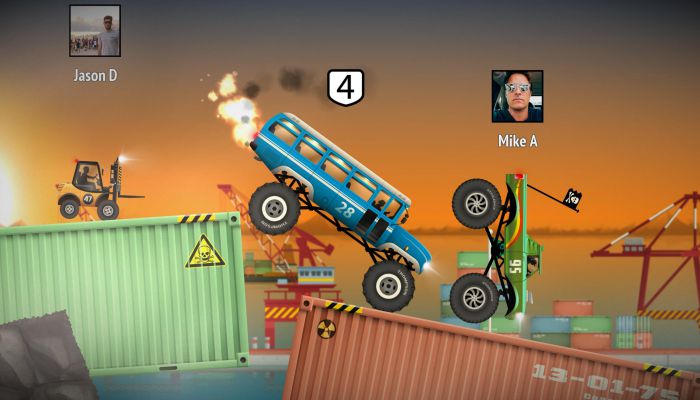 In addition to driving effectively, you also have to consider buying new cars and upgrading them. After each game, you will receive the amount of money corresponding to your performance. You use your money to buy new cars. In the game, there are dozens of types of vehicles such as rickshaws, buses, vans,s or even heavy tanks. They make your race more enjoyable and motivate you to play the game every day. Once you have found your favorite car, it’s time to make it stronger and more invincible with the full upgrade system. Gamers can do upgrade many parts of the vehicle such as wheels, engines, brakes, drive systems… You will turn your car into a real fighting machine on the track. 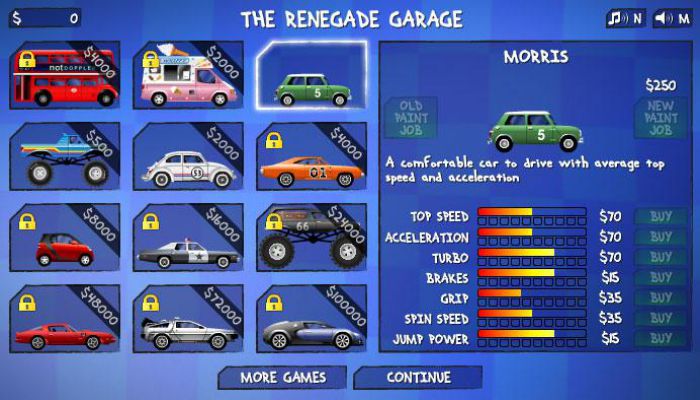 The interesting map with challenging obstacles

In addition to the standard map and routes, the game also offers us a variety of different tracks with impressive designs. You can race on different terrains, which are simulated very authentically. Sometimes, you will race on the unique tracks that you have never tried before like a snow cave, a pier, a cliff, a coast, or even an aerial race full of big rocks. Of course, you will not simply push the acceleration. You have to show your skills and finish in the first position. Besides, there are countless dangers scattered across the track such as trailers, ice slides and thorns. Sometimes, you will face huge fans and caves with stalactites. They are the great obstacles that will hinder your progress. 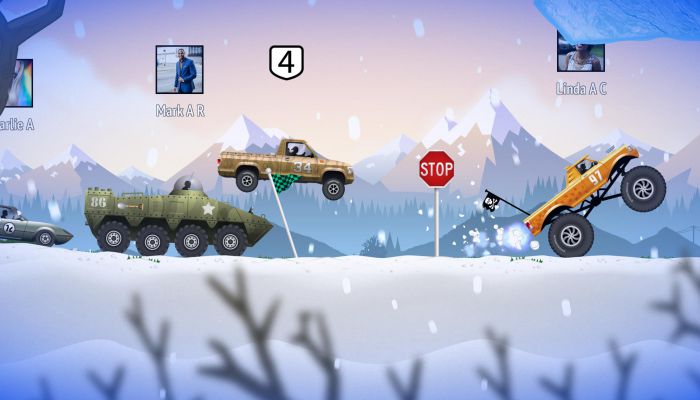 In general, Renegade Racing is a great racing game that breaks the rule. Besides, the main features are still very close to today’s racing games. Despite being released just a few days ago, the current game has tens of thousands of downloads with lots of positive comments and reviews. It can be said that bringing games from the web to mobile is not simple, but the developer has made a good job with Renegade Racing. At the moment, the game is available on Google Play and Apps Store. Besides, we provide you with Renegade Racing APK and Renegade Racing MOD APK Full Unlock. They are modified versions of the game, which bring you more advanced features. Readers can download the game below. Thanks and have fun!