Rescue Cut is an interesting puzzle game from F.I.L Games. Its full name is Rescue Cut – Rope Puzzle, which was released in early March and quickly reached millions of downloads on Google Play. This game challenges players to rescue a boy, who is tied to the ceiling. Gamers can rescue him by cutting ropes. After being freed, this person will run straight to the exit. 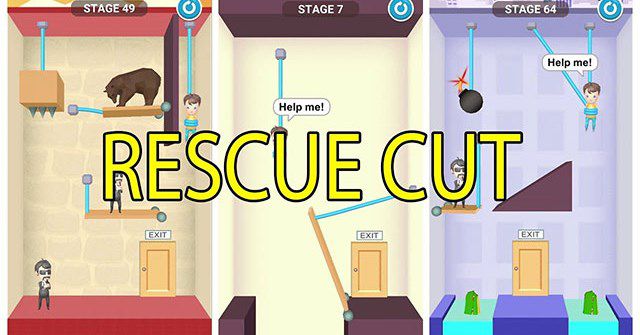 In the game, a bad guy kidnapped a boy and tied him to the ceiling. You have to find a way to cut the rope and rescue this boy to a safe exit. Besides, gamers must avoid all enemies and try not to hurt the boy in any way. The difficulty of the game will increase gradually with the levels. Besides, the real challenge in Rescue Cut is the order, in which you approach to cut the wires with different positions, shapes and functions. If you are a good player in the subjects related to geometry, do not rush to cut the strings. You should pay attention to the trap, try to eliminate it first. In addition to traps, gamers also face a lot of difficult decisions that is which one to cut or where should the boy dropped? These are the difficult decisions that you must make during the game, which is the challenging. 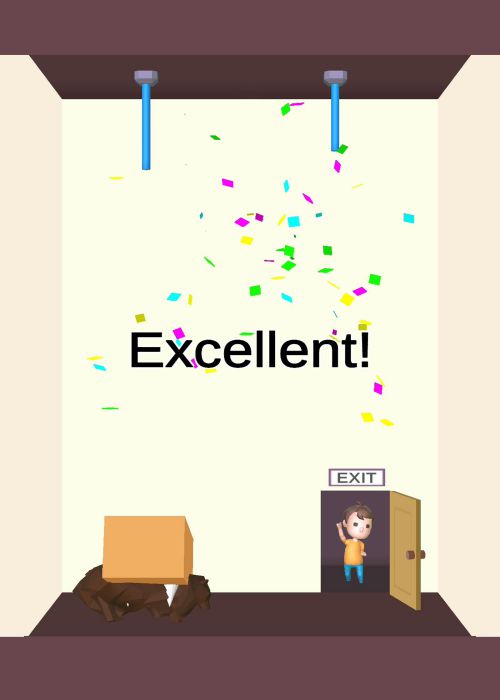 How to play Rescue Cut effectively

Planning each stage is essential in Rescue Cut. One thing you should pay attention to is that don’t start a game by cutting the first string you see because that could lead the boy to the death and the game is over. Instead, you should take time to observe what is happening in the room, then give solutions to each situation. If there is something wrong in your plan, you can play again and make it more complete. 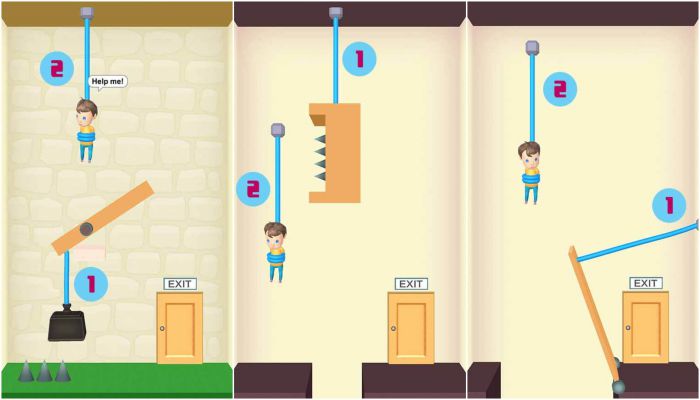 Rescue Cut always follows the physical rules most closely. For example, if your character hangs on 2 strings, you cut one string, then the boy will fall in the opposite direction.

Traps are not always placed right next to the character or hung on a rope. They can be attached to the ceiling or wall. So, you should watch carefully when starting a new game screen. 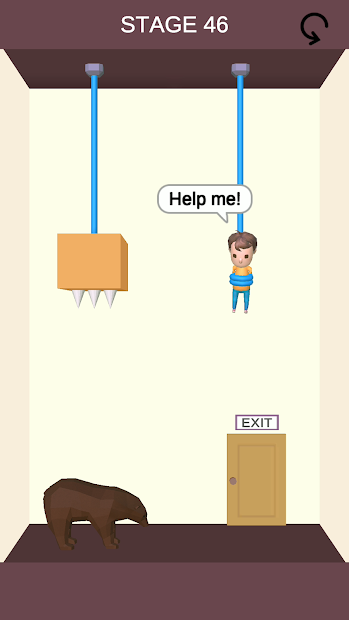 The boy will fall straight down

Characters cannot move upwards but only fall down. You need to make sure he falls in the right direction. It is best not to fall into any pitfalls.

Not every booster is helpful

Do you think floor springs and all other types of boosters are useful? Wrong, not all of them really help. For example, if there are spikes attached to the ceiling, you will cause the character to be hit if he jumps on the spring floor.

Overall, Rescue Cut has a fairly simple gameplay, what you should pay attention to is planning and making the right decisions. Besides, the game screen system will be the thing that attracts you so much. They can bring you more new interesting experiences than other games. Besides, Rescue Cut will be better when you play on devices with large screens such as Ipad, Tab, PC…. Besides, we would like to provide you with the modified version of the game named Rescue Cut APK (MOD Hints). It will give you more advanced features than the original version. Readers can download the game at the link below. Thanks and have fun!